Inside the skin: “nothing Cuban is alien to me”

by Reinaldo Cedeño
in Migrations in Cuba
0 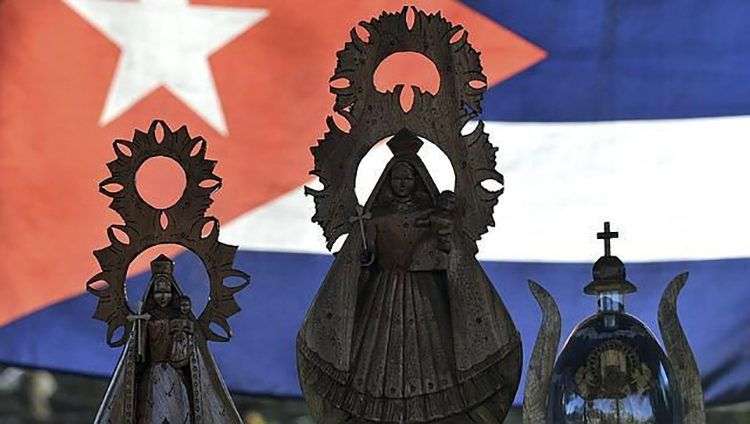 His eyes are a flame when he speaks of Cuba; although since 1961 he resides farther north. Emilio Cueto (Havana, 1944) is a lawyer, researcher and collector. The law has taken him to major international firms and some of the volumes of authorship are Cuba in Old Maps; Illustrating Cuba’s Flora and Fauna, and Frédéric Mialhe´s The Picturesque Cuba.

His latest book, Our Lady of Charity in the soul of the Cuban people, was presented recently in the mythical town of El Cobre and various institutions of the island, including the National Library of Cuba José Martí and the Caribbean House. It was also delivered to the 15 provincial libraries for distribution to all municipal libraries.

His collection of objects and materials on the Greater Antilles is remarkable; his passage through the world, indefatigable; and his views, sharp. His life experience in the United States reveals more than a singularity.

We know that you arrived in the United States through Operation Peter Pan. At the height of your years, how do you revisit those moments? How did you keep alive the fire of your country, the evocation of what was left behind?

The separation of a human being of his environment, family and friends is always traumatic. It is even more traumatic when the future is unknown and the return uncertain, almost impossible. However perhaps because I was an adolescent, I understood the reasons for my departure; and as I am naturally curious, I suddenly inserted in the university and Catholic circles, which originated in Cuba. My transition was more positive and less painful than others.

My experience in America has certainly been exceptional: I studied at good universities, I read at my leisure all possible topics; I made excellent friends, I took important decisions on the many whys, hows, wheres and whens of life. I got opportunities to meet other countries, not only as a tourist or working missions, but to study (Argentina, France, Netherlands, Soviet Union) and even to live (France and Haiti).

That fire for my country I kept it alive for many reasons. First and foremost I did it because my mother, my sister and my aunt, who were my immediate family, were here. They never came out and, therefore, I lived with a perennial mirror in front of me to have them around. I made enormous efforts (reading, music, Cuban cinema) to try, from the outside, maintaining communication and issues that were common to us because our experiences were increasingly dissimilar.

Then, by studying political science, it was evident that I should concentrate on better understanding the topic of the history of Cuba, especially the most recent, and voraciously read everything that came from the island. Then with my friend Maria Cristina Herrera and other researchers, we created in 1969 the Institute for Cuban Studies that it was like a kind of Cuban university traveling exhibition, which brought us closer to Cuba.

Finally, in 1977, I managed to return to Cuba to see my mother, then blind and paralyzed … but alive. I returned several times to see her. And on those trips not only relived old memories, but I met new family, I made new friends, traveled the country and did research in cultural institutions. Each new trip was a new learning and new injection of Cuban identity.

Your approach to history, the arts, religion and Cuban culture in general is, obviously, passion of your existence. What did you use to make a work so complex? What are the key benefits of such an endeavor?

I addressed the study of Cuba in a multidisciplinary manner, approaching the same themes of history, literature, music, sports or arts. I have always been proud of being Cuban and achievements of my compatriots wherever they were. It was natural to follow their trail where they shine.

The main fruits of my efforts have been investigations on various topics, particularly the Cuban colonial engraving and music. I’ve had several exhibitions in Miami with pieces of my collection, including the work of Frederic Mialhe, illustrations of Cuban flora and fauna, from the colonial era and old maps.

Regarding the music I have organized, together with Professor Armando Tranquilino  from FIU (Florida International University), six concerts related to Cuba. Also, I organized a concert of music inspired on Camagüey presented at the Teatro Principal in that city in their fifth Centennial, and a concert on Women in Cuban music was presented at at the National Library of Cuba José Martí, in the context an international conference sponsored by the Institute of Literature and Linguistics. In addition, I have published articles on musical subjects in books and magazines.

If we open the pages of your latest book, The Virgin of Charity of El Cobre in the soul of the Cuban people … what will we find?

As Dr. Olga Portuondo rightly said, the Virgin of Charity is “Symbol of Cuban Identity” as the palm, flag and anthem. She is a central figure in our future as a people, our culture and our daily lives.

A pilgrim she has always been, other Juanes have taken her many places in the world. And not just in statue form for public or private altars, but also appears in the commercial reason for many companies. It seems that some Cubans who managed to install their restaurant or dental office in the city where they emigrated to, and to thank the intervention of Cachita, wanted to honor that.

In my mind, there are about 250 cities in the world with the image of Our Lady of Charity; but I am convinced that I have fallen short.

For your life experience, exchange with your homeland and years of living in America, how do you philosophical, emotional and practically define who is a Cuban-American?

In my opinion, we should make subtle distinctions, which I consider important: first, Cubans living in the United States; Secondly, Cuban Americans itself, and finally, American-Cuban. Although Cuba is very present in all groups, I believe that the specific gravity of the island in each of these groups is different. There are children and even grandchildren of people born in Cuba who self-considered “Cuban Americans”; but necessarily see things so very different from their grandparents.

It would also make further distinctions based on the date and circumstances of departure from Cuba (going out through Mariel was particularly terrible, and the rafters); live or not in Miami (where the island compatriots and language are never far) and have or not returned to the island (the reunion forever alters the vision and attitude).

But certainly something that is common to all is an experience of life spent in America, so different from ours in many ways; and emotional experience which usually includes the admiration and gratitude to the United States for hosting us and give us opportunities we did not have.

Therefore, I do not think I can have a single definition of Cuban-American, or a size-fits-all. But among the binders elements are certainly love for Cuba, a desire for substantial changes within-the island and how far it is something else and sympathy for the lifestyle of the United States (or Mexico or Spain).

What was the genesis of your extensive collection of works whose substrate is invariably Cuba? What are the gems of all that you have brought together?

Actually, when I started to acquire and store materials on Cuba, had not intended to do such an extensive collection: it was for my enjoyment and personal study. This is a collection that was growing and expanding every day. What I set myself from the beginning is not missing anyone.

I confess that alarmed me that, for decades, libraries and museums in the Island didn’t treasure written material, painted or composed by Cuban exiles. In my house, they all live, “all mixed up” as Guillen would say.

Each piece has its value, its charm. Maybe I should emphasize two powder horns from the time of the conquest of Havana by the English, Dutch tobacco from the eighteenth to the twentieth century’s, British and Spanish dinnerware with Cuban folkloric images, antique prints, menus of Cuban restaurants of all ages and places, playbills of theater performances. The motto I’ve done mine is “nothing Cuban is alien to me.”

A novel alternative to recover the Lopez Serrano building

The train from New York to Havana