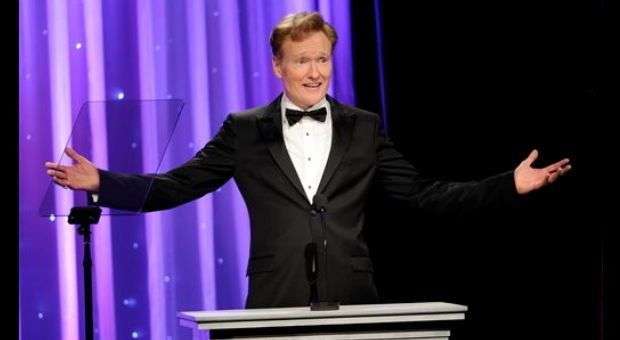 Conan O’Brien has become the first American showman who records on the island after more than half a century. Although he only knows how to say in Spanish: “Hello, welcome to Cuba. I am Conan O’Brien “, language barriers did not prevent him from making a late show in Havana.

Since Jack Paar, one of the hosts of The Tonight Show, interviewed Fidel Castro in 1959, no other American late night presenter had recorded again in Cuba.

And now after so many years and changes in the policy of both countries, last Wednesday, a 75 minutes episode dedicated to the Caribbean country was transmitted in one of the most popular programs of cable TV in the United States.

The show began being recorded in mid-February. O’Brien’s intention was always “talking with Cubans and try to meet them” better. Hence the comedian toured Havana to inquire about the stereotypes of the island and wanted to be the object of laughter and mockery of the Cubans who looked him down the street with strangeness and amazement.

O’Brien usually includes in his night show interviews with famous guest musicians and jokes of the present er. But this time he broke with that script. He played with a band of Cuban salsa. He took dance classes to learn salsa and rumba. He unsuccessfully tried to learn Spanish. He visited the Museum of Rum and got drunk. He also had time to smoke Cuban cigars and drink mojitos and daiquiris. He ate in private restaurants (paladares). He walked along the Malecon (seawalk promenade) and rode in US classic cars and even on a Soviet Lada.

Digital media criticized him by not abounding on the political situation of the island; to which he replied in a statement to the press prior to the broadcast the Cuban chapter: “I did not want to take a scathing tone. And I did not want to be political. I wanted to go as a comedian who laughs at himself and makes Cubans laughing. ”

However, according to El País newspaper, nor even himself dared to consider his visit and the fact that the Cuban authorities allowed him to record without limitations as a sign of change in the bilateral politics, since others, like Anthony Bourdain, an American chef-turned-presenter of culinary-cultural trips, who recorded programs in Cuba before the announcement of December 17 for the restoration of diplomatic relations.

Even if there are differences between the two countries, O’Brien stated that share many things in common and perhaps sending a comedian is a good omen.

Inside the skin: “nothing Cuban is alien to me”

The train from New York to Havana