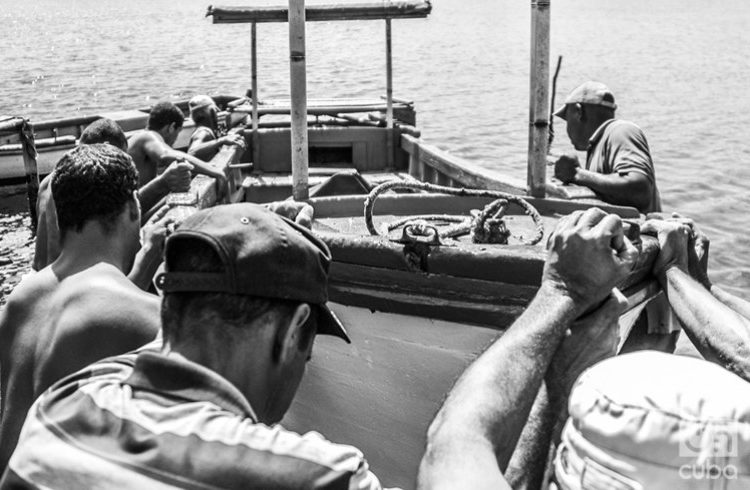 April 2017 is a historic month for Cuban emigration. For the first time in seven years the U.S. Coast Guard did not intercept any rafters from the island in a month.

“We didn’t have one Cuban migrant, not one,” said the commander of the Coast Guard, Paul F. Zukunft, to The Wall Street Journal. He commented that on a typical day of the time last year, they would have probably picked up between 50 and 150 Cuban migrants.

In Zukunft’s opinion, the end of the “wet foot, dry foot” policy by the Obama administration has been key to the reduction of migrants from the island experienced in recent months. He pointed out that it is clear that the cause of these rafters’ decrease was the annulment of this policy.

This scenario has also reflected “a significant drop” in the migratory flow along the land border of the south of the United States with Mexico, affirmed Zukunft. According to the commander of the Coast Guard, President Donald Trump’s anti-migrant position has also had an influence.

Weeks before, the U.S. authorities reported that the interceptions at sea had decreased from some 25 persons per day to just 20 per month. These data showed a confirmed tendency, since a report from March estimated at 65 the Cubans detained in waters of the Straits of Florida and close to Puerto Rico since January 12.

The “wet foot, dry foot” policy, implemented by President Clinton in 1995, allowed Cubans to remain in U.S. territory if they were able to enter the country. On the other hand, if they were intercepted at sea they were returned to the island.

After 17D, and faced by the possibility that new migration agreements would be signed between the two countries, the number of Cuban migrants toward the United States shot up. In 2016 more than 5,000 Cubans were rescued by the Coast Guard and more than 56,000 reached U.S. territory through different means, mainly through the border with Mexico.

Zukunft recalled that they would frequently find boats loaded with migrants, in their fourth, fifth, sixth attempt. And that they were detained and sent back.

The commander had previously commented that the end of the “wet foot, dry foot” policy had also served to put an end to dangerous situations, for the rafters as well as for the members of the Coast Guard who found them at sea.

At the time he explained that he was talking of self-mutilation, of self-inflicted wounds with firearms, very desperate actions to be evacuated to a U.S. hospital, to be declared “dry foot” and later set free.

The abrupt end of that policy left an undetermined number of Cuban migrants stranded in different points on their road to the United States.

Despite this, the decrease in the number of Cuban migrants since January 12 has also become visible on the border with Mexico. In April around 100 Cubans got to the border and were considered “ineligible” by the Customs and Border Patrol (CBP) office. In February and March the number had only been 86.