Expanding those borders of humor could foster a political culture capable of laughing at its excesses, saddling solemnity, bringing not only the ear, but also the voice near to the ground.

Rafael Hernández
in In plain words, Politics in Cuba
0 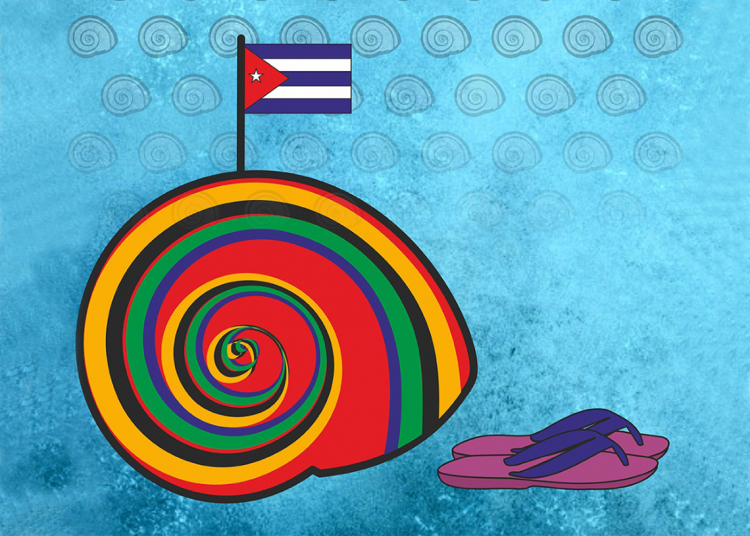 Some of the most common features of the culture of socialism include its innumerable political jokes.

Erick, a dog that lives in Leipzig, visits Gunther, his cousin from Frankfurt. He takes him for a walk, and to eat sausages. But Erick likes the GDR ones better, which are cheaper. They walk past the Institute of Technology, and Erick comments that the University of Leipzig is more beautiful, and also free. They see some Turks and some Africans go by who complain about the price of rent; and Gunther says that everyone in the GDR owns their homes. Gunther invites him to hear a Bach concert, and Erick replies that he’s already heard more than enough Johan Sebastian in the same church in Leipzig where he is buried. At the end of the day, Gunther says to him: “But cousin Erick, why did you come to Frankfurt, apart from visiting me?” The other responds: “That I really wanted to bark.”

In his essay on jokes in Eastern Europe and the USSR, Abel Prieto analyzes some of their topics and motives. Taking it as a mirror of the cultural contradictions of that socialism, he uses as an example the bear Misha, symbol of the Moscow Olympics in 1980, which he describes as a shameful imitation of a Disney character, aspiring to represent modernity. There was such a cult of Western modernity in those countries that almost the main theme of those jokes was “the backwardness” prevailing in the socialist way of life. The author points out, however, that a part of those popular stories also criticized that socialism from the left, and accused it of the erosion of historical ideals and legacies.

In Cuba, as is known, popular humor has not only targeted bureaucrats or Party (PCC) officials, but also intellectuals, farmers, the elderly, Canary Island or Galician immigrants, Chinese, blacks, gays, women, people from Pinar del Rio, Russians, tourists, people from Guantánamo, braggarts, military, artists, priests, and even Jesus, the Virgin Mary and God himself.

It has been possible to hear these popular stories, by the way, told by some children of Canary Islanders, Galicians, Russians, as well as blacks, gays, Catholics, intellectuals and members of the same Party. Discussing the extent to which these jokes project prejudices and stereotypes, differentiating irreverence and rejection in them, ascribing a sacrilegious effect to them or, on the contrary, seeing them as a way of exorcising our insufficiencies, would give rise to a debate. This could be based on impressions and reactions, as does the criticism of customs, and anti-racist and gender activism, but also on the resources of literary research, anthropology, semiology, subaltern studies and the sociology of humor, which understands it as a cultural phenomenon.

As with other manifestations of culture, jokes are not the same as chronicles of public opinion or mirrors of society as a whole. They could be taken as representations that inhabit the social psychology of various groups, and that bring out all kinds of values, some considered negative. Since culture is not a paradigm of civility and fairness, jokes contain symptoms of social attitudes that we would otherwise think of as non-existent or “overcome.” Of course, simply seeing them in this way does not exhaust their meaning or their functioning in the process of a much more complex living political culture.

Of course, in that political culture it is also possible to distinguish elements associated with prejudices and ideological positions. In fact, when any Cuban picks up a joke, he has always been able to distinguish between those that make fun of their flaws to caricaturize them; and those that are more incisive, with the mark of origin of anti-communism. In these notes I will only deal with the former.

A topic of Cuban political jokes has been, for example, the rhetoric of our relations with the socialist camp:

A priest and a Ministry of the Interior colonel, childhood friends, greet each other in Cathedral Square. They immediately wonder why the other took that path, and they end up in a philosophical discussion about matter and spirit. They decide to take a passing by Cuban who had had a few drinks as a referee. The priest asks him who created the world, and he answers that it was the Lord. But amid the rum haze, he discovers that the officer is listening behind the priest, and adds: “But he did it with the selfless and supportive help of the Soviet Union.”

A few years ago, a Cuban short film used the absurd as an artistic recourse to tell how some State Security officials asked a citizen for permission to install microphones in his home. They argued that they responded to the demand for transparency, and they had also discovered that the opinions of the citizen were being useful to the Party. Still along the line of the absurd and irony, the characters showed a tone of dialogue and understanding. Stigmatizing this political humor as subversive because it uses Security as material would be the same as censoring, before stopping to analyze the vision it proposes, an artistic installation like the ones I have seen at the Havana Biennial, where, for example, a miniature replica of Villa Marista (State Security headquarters) appears alongside those of Langley, Quantico, the KGB, the Mi5.

As is known, the art of socialism, from Vladimir Mayakovsky to Tomás G. Alea, has put bureaucracy in the limelight, ridiculing its mechanisms and making fun of its triumphalist style. Cuban political jokes have done the same:

Papers are presented at a world conference on elephants. The Americans’ papers are about the businesses and the market of the elephants; the French, about their sexual life; the Germans, on prolegomena on a pachyderm phenomenology; the Soviets about their place in the struggle for peace. When it is the Cuban’s turn, he explains that he has not had time to write anything, but wants to make a statement: “In 1999, Cuba will be the world’s leading exporter of elephants!”

Probably nothing in Cuban political culture bears a stamp of real socialism comparable to the media. Criticized everywhere, congresses of journalists and the PCC included, the media continue having that brand of origin, and have always been the target of political jokes:

Reagan, Gorbachev and Fidel reach the afterlife, where they meet Napoleon. The latter tells them about the Battle of Waterloo. He tells Reagan that if he had had his air force, he would not have lost it (the battle); and neither, he tells Gorbachev, if he had had the naval fleet of the USSR. Then he says to Fidel: “If I had had the Granma newspaper, I would have lost the Battle of Waterloo. But no one would have known.”

In its classic scheme, the dramaturgy of many Cuban stories incorporates the presidents of the United States, the USSR and Cuba. The former are arrogant, inept at deciphering conservative riddles, slow; while the Cuban exhibits ingenuity and common sense, to end “succeeding.” To a large extent, the character of Fidel in these jokes portrays the qualities with which Cubans identify themselves.

The stories where Comandante Fidel appears as a character go back to the very beginning of the Revolution:

Fidel dies, but it is not known if he is in purgatory or hell. Worried, Raúl calls both places and nobody knows about him. After a month, he decides to call heaven. When Saint Peter answers the telephone, he says: “Celestial cooperative, Patria o Muerte, Venceremos.”

The Fidel of these jokes alternates with living and dead characters, real and legendary, on the same level. Cubans visiting the USSR and Eastern Europe were surprised when comparing this image with those of the leaders who populated the stories heard in Warsaw, Prague or Moscow. Although the mental agility and imagination displayed by the character could be classified as Cuban traits; his will, persistence, and his power of persuasion reach mythical dimensions.

Fidel dies and appears at the door of heaven, where he asks to speak with Jesus Christ. Saint Peter does not let him, but Fidel insists, until Jesus, curious, agrees. Although Saint Peter warns him that he cannot speak for more than 15 minutes, time goes by and, two hours later, he decides to break it up, at the moment that Jesus is saying to Fidel: “I agree with everything. What I don’t understand is why I have to be the Second Secretary.”

Although interpreting jokes as a social chronicle is excessive, there is no doubt that, like works of art, these sources of humor make some aspects of the world around us sparkle.

Taking into account the images about the island that have been circulating in recent weeks, it can be seen that there are many Cubas — not only inside but outside — that are portrayed in political jokes. This idea can hardly be illustrated better than in a story from the late 1990s:

The caravan with Fidel and the Pope travels along the Malecón, when a gust of wind throws the Pontiff’s cap into the sea. Fidel gets off, walks on the water, picks it up and they continue on their way. The next day, L’Osservatore Romano reports: “Miracolo all’Avana! Il Papa fa camminare sull’acqua Castro.” Granma says: “Fidel rescues the Pope’s hat. Another victory for socialism!”  El Nuevo Herald proclaims: “Castro is already at death’s door. He can’t even swim!”

Referring to humor in the culture of Cuban socialism requires, like everything else, marking times. 35 years ago, in the mid-1980s, humor groups started to increase and multiply. From their work and perseverance, a new art of comedy was derived, with characters, workshops, groups of promoters and dialogues with politics, without which humor programs would be inconceivable, that could later make jokes about the ration book, company bosses or the Committees for the Defense of the Revolution (CDR) guard duties. Expanding those borders of humor could foster a political culture capable of laughing at its excesses, saddling solemnity, bringing not only the ear, but also the voice near to the ground.

If among so many competing dreams I had to choose one, I would invite some comedian friends to contribute to the training of communicators, political cadres, teachers, and everyone else who had to direct or interact with different people. That they teach the art and technique of enchanting the audience, engaging in motivating conversation, igniting the imagination, provoking intelligence, making people think with grace, from the culture of a good laugh that permeates the best literature, theater, cinema, music, and other Cuban arts.

Recovering the cultural heritage of Cuban political humor, and integrating it into life, in opposition to the cyber rag and vitriol that today go through dialogue and reconciliation, would be a way of thinking about it.