Assuming dialogue as part of the Cuban political metabolism is the most significant structural change demanded by the island’s current context. 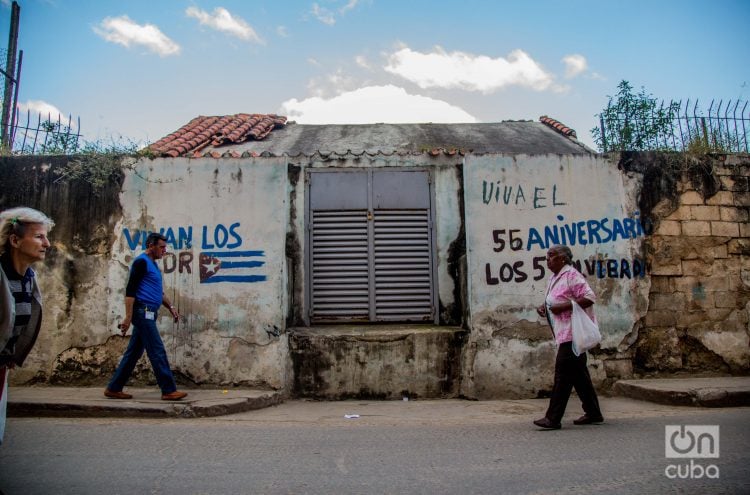 We must quickly open the way for dialogue. We must talk, agree, present feelings and ideas. We must talk to come to an agreement. Dialogue is an antidote to hatred and repression; it disarms both fundamentalism and its younger brother, sectarianism. Dialogue is a condition for collective projects, for the socialization of knowledge and power. It makes justice and equity feasible facilitates amendments to social pacts and suggests political depth in the treatment of the nation’s affairs.

Let’s not lose sight of the fact that the lack of sustained, plural and naturalized dialogue within the Cuban system is also the cause of the July 11 social outbreak.

The approach that supports the function of dialogue as an escape valve for the accumulated tensions in any society does not divert its affirmation as a right, as a sustainable way to resolve public and private affairs, not only as the crisis lessens, but as a definition of the political culture in a nation that defends justice, dignity and sovereignty.

Assuming dialogue as part of the Cuban political metabolism is the most significant structural change demanded by the island’s current context, as well as the daily life of the public government and the sustainability of the nation project. Dialogue looks directly at the deliberative and participatory limits of Cuban institutions and suggests adjustments to regulations and conduct.

This is a complex issue in the midst of a country with recent wounds. It is not an exit without context, it is a challenge to the ability to reconstruct patterns of social and political coexistence after a deep shake, after the explosion of tensions and disagreements also caused, I reiterate, by the limits to the dialogue that we have endured.

Let’s take seriously that the term dialogue was opened to the public arena with the same rigor and urgency as the issue of stores in freely convertible currency, inflation and shortages.

Let’s assume that it is as important to remove the cap on words, ideas, perceptions and country proposals, as it is on the price of taro, lettuce and pork.

Let’s understand that the unfinished reforms that also brought us here are not only economic but also political. To dialogue about them is to foresee the prolongation of the crisis.

Let’s sense that the mere mention of the term “dialogue” does not exactly mean that it is discussed. Doing so is listening, respecting and recognizing rights in those who have different approaches.

Let’s humbly acknowledge the blunders, the disqualification of divergent ideas, the censorship, the criminalization and the moral insult of patriotic people — yes or yes — who defend different lines of thought, including those with socialist and communist roots.

Let’s understand that if the self-assigned right to ensure the moral purity of the nation and of socialism persists in a few people, even with the use of public spaces and resources, there will be little to do.

Let’s avoid the witch or chicken hunt for those who seek to organize spaces for reflection and proposals, institutional or not, to contribute to the reflection and consolidation of the pacts that we owe ourselves: political, social, economic, legal and cultural.

Let’s increase the existence of diverse spaces such as Pensamiento Crítico, the CEA, Revista Temas, Espacio Laical, Cuba Posible, Articulación Plebeya, La Tizza, etcetera; voices of the nation, but none of the nation as a whole.

Let’s strictly assume what it means to dialogue for the single party of the nation, how to face this challenge without messianism, with plurality and with grassroots meetings that hold all the thoughts of the sovereign nation.

Let’s agree on the legitimate boundary between those of us who are committed to anti-imperialist sovereignty and those who flirt with annexation. But let’s repeatedly make clear what those limits are, how they are manifested, penalized and the powers to do so.

Let’s organize the public information media so that the plurality of visions, interpretations and proposals found in the broad field of the project of a just, dignified and sovereign nation can have access to them. We will thus prevent young people, in a peaceful sit-in in front of the Cuban Institute of Radio and Television (ICRT), from being detained and indicted for asking for 15 minutes to speak.

Let’s remember that information and training are essential to sustain a qualified dialogue. To facilitate the reach of the people to different views on the same issue is to forge their sovereign capacity.

Let’s include dialogue as a strategy to survive in the besieged plaza, as content for development, as an enhancement of internal capacities, as a material and spiritual boost to the productive forces of the country.

Let’s recognize that the U.S. blockade will be around for a long time, its evil intentions have roots beyond our reach. It was not good for us to defend ourselves in a low or muffled voice. Socialist democratization is our best defense against it. I do not know if it will be viable, but I know that there is nothing left to do but to try. Dialogue would be a good start.

Let’s ensure that the culture of dialogue is expanded as a subject of study in our schools. All social change requires its educational reform. This would be a good point to make a dialogue political order sustainable.

Let’s understand that dialogue is not restricted to the ways in which society challenges the State. It has to do, above all, with how society, its organizations, its structures for the production of goods and services, its groups and social classes, relate to each other. For this reason, political dialogue is a condition for the production of individual, union, class and social consciousness.

Let’s see dialogue as the political anchor of our sovereignty. It guides politics understood in terms of the common good, it is an instrument to remove power asymmetries, and a boost to dismantle historically created inequalities: dialogue as a political practice that nurtures the daily consciousness of sovereignty.

For families, sending money home to Cuba shouldn't be a political football