Robertico Carcasses “I have never ceased being optimistic” 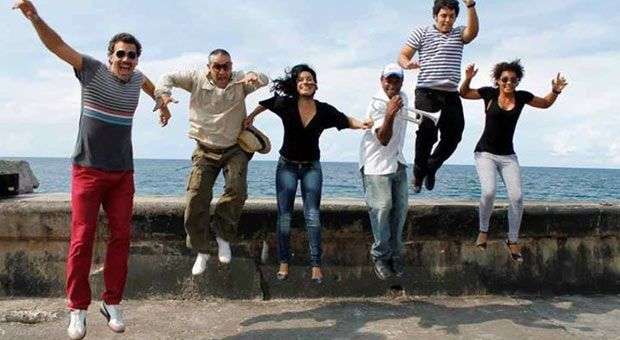 Rectifying is wise, and apparently they did it. In a telephone conversation with OnCuba, Cuban musician Robertico Carcassés said that they were already reversing the sanction imposed by the Ministry of Culture for his catharsis in concert on September 12 at the Anti-imperialist Tribune in Havana.

The suspension of the pianist and his Interactivo band of all public spectacles generated a series of questions from music heavyweights, from Silvio Rodriguez to the group Calle 13, and when asked if he believed that this impact could reverse the veto, Robertico said “that reversal is already underway.”

“I have never ceased being optimistic,” the 41-year-old artist simply said, who also thanked the support that he also felt through turmoil which generated his words, mostly amplified by the subsequent suspension.

Still unknown whether he will return this week to his usual space at the Bertold Brecht Theater, soon Robertico will accompany Silvio his weekend concerts in neighborhoods of Santiago de las Vegas and El Chico, invited by the author of Ojala.

Thus the soap opera that now entertains the virtual Cuba will end because ordinary Cubans didn’t care or simply did not know. Anyway, it is confirmed that small-town, big hell…

From time to time scandals like this arise to season apathy, stagnation in a country where it seems that nobody has anything better to do than stick his nose, and giving prominence to insignificant things. Suffice it to recall the emails war unleashed following the television resurrection of two commissioners of the Five Gray Years.

If the Ministry of Culture had simply reminded Robertico Carcassés the road to hell was paved of good intentions, if they had called him to say, with reason, that he had been out of place, now his claims in the Tribune would be purely anecdotal, nothing more … But then we would not be the Siguaraya Republic, and you don’t mess with the idiosyncrasy.

Reineris Salas: A Cuban “gymnast” on the podium

Reineris Salas: A Cuban "gymnast" on the podium