Riccardo Fraccari, president of the organization, confirmed that the only entities that can form a national team, use the colors, the uniform and the flag are the full members: the national federations. 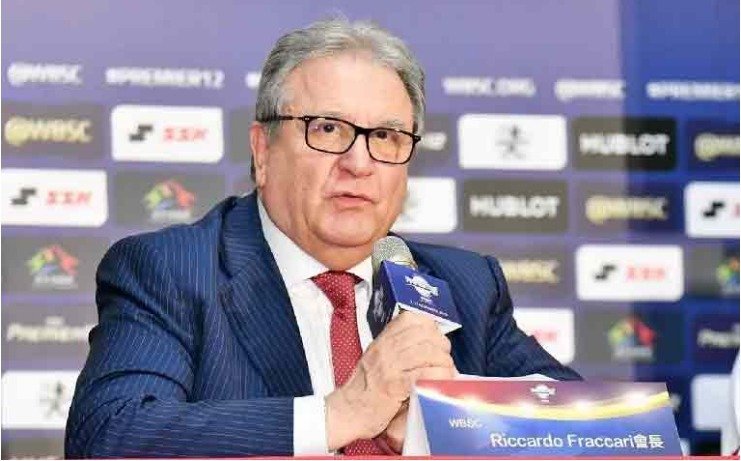 The World Baseball Softball Confederation (WBSC) will not recognize the national team made up by a group of Cuban players from the U.S. Major Leagues (MLB), said the organization’s president, Riccardo Fraccari, in statements published this Friday by the official Cuban press.

The Italian made it clear that accepting that an independent team represents a country that already has a team goes against the statutes of the confederation he presides over.

“The only entities that can form a national team, use the colors, the uniform and the flag are the full members, which are the national federations,” Fraccari said in an interview for state television,  published by the official Prensa Latina news agency.

The refusal of the WBSC leaves, in fact, without effect the intentions of the Association of Professional Cuban Players (ACPBP), a group of the island’s athletes who play in the MLB, to form an alternative national team for the next World Classic in 2023.

The independent team was presented on March 15 in Miami. In their proposal, the athletes indicated that they will submit a request to the MLB — creator of the World Classic — to play as a team with athletes who are not linked to the Cuban Federation.

Despite the rejection of the confederation, different coaches of teams from the National Series — the Cuban baseball league — assured that it would be a good idea to integrate a team with players from inside and outside the island.

Both the managers of the Santiago de Cuba and of the Industriales teams, two of the most followed in the Caribbean country, agreed that it would be a good opportunity.

“Really, with the best players we have in the world, I think the unification would be perfect,” said Eriberto Rosales, the mentor of Santiago de Cuba’s Avispas.

For his part, Guillermo Carmona, from Havana, assured that he would like the national team to be “the best team.”

Baseball, declared cultural heritage of Cuba, is not going through its best moment in decades and that crisis has been reflected in an unprecedented exodus of players.

According to the official newspaper Trabajadores, a total of 635 baseball players have left the country during the last six years (the figure includes departures with and without permission from the State).

During a visit to the island last January, Fraccari said that progress was being made on a plan so that Cuban baseball players could legally go out to play in foreign leagues.