Nothing about a country is foreign to culture. 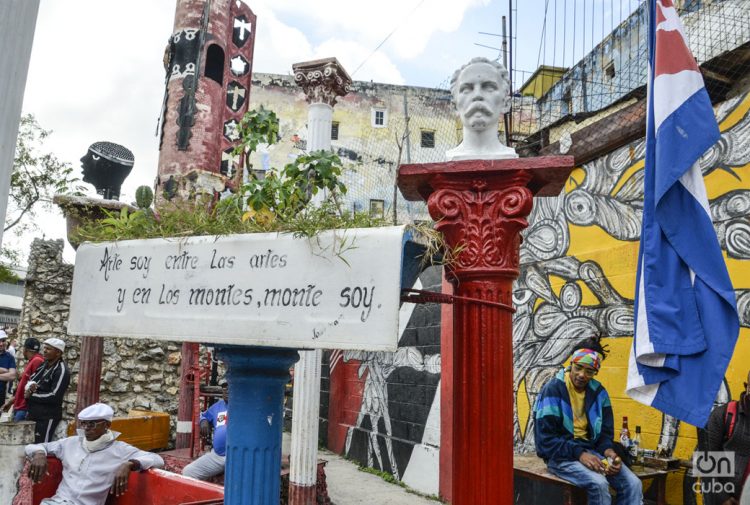 The creative capacity of Cuban artists has historically aroused world interest and music has been one of the disciplines with the greatest impact.

However, the work of musicians and other exponents of Cuban culture is surrounded by a group of aspects that threaten greater visibility of their proposals and their reach among different types of audiences, which in their majority, for these same circumstances, only know an area of creation developed in the country.

The standard for dissemination and “approval” goes through a wide variety of criteria and approaches not precisely based on the quality of their artistic work. One of the analyzes carrying the most weight is directly linked to the relationship between the artists’ work and the political position that he publicly assumes, which has particularly influenced (and influences) their possibilities for dialogue in the national media and on the different platforms created for promotion.

It has been perceived that this type of link has increased exponentially in recent years due to political events on the island that have led to the televising of the supposed radicalization of some members of the artistic community regarding the official discourse.

To cite a pivotal case, the participation of the same artists who attend to talk about their current careers is often seen on television, while there are very few spaces left for other creators with a work of the same or superior quality.

The foregoing is a well-known and criticized topic in some very particular spheres of debate, but a fundamental conflict is added to this scenario. Artists who clearly express a political stance in favor of the country’s political project have, to their benefit, greater facilities for pursuing their careers. The same does not happen, however, with those who, with critical thinking, express their substantial differences with the system, which is why their promotion is limited.

This scenario causes some creators to see in the adoption of “political commitment” a way to achieve greater dividends and they begin to manifest regularly in public events or on their social networks, reaching in a short time a notorious visibility in the country’s public sphere. Thus, we have seen video clips without any kind of quality, improvised singers in stellar television spaces or songs to counteract other types of works that lack the sustenance of creativity, despite the fact that their creation is generally carried out with resources that would be needed by other works designed based on the rigor and aesthetic commitment.

In the face of the media’s silence on their work, we have also witnessed how some artists change their way of interpreting reality, of focusing their work, and adapt to approaches based on officialdom on which they previously were critical or distant. Overnight, they even become the most mediatic defenders of the official discourse, even above those who have historically defended their way of thinking aligned with the political system, those who generally maintain an organic line and without major shrillness. These “new” artists reach the media that did not know them and, suddenly, they appear in almost all television programs and public events, also reaching the expected profits in these cases.

This nature of the island’s promotion, which does not work in a schematic way or in all its literalness, results in the ostracizing or lack of institutional support for several artists with a work and a career that is hardly known in the country and whose dissemination would strengthen the field of action of the insular culture.

The loss of a sense of direction towards criticism should not be ignored, which results in this schematic view of institutional and media relations with artists, let’s say, with a work of greater conflict in the public sphere. The exercise of criticism, due to its natural condition, is obliged to rank the value of art above any other analysis, but it is slowed down in this scenario in which culture and politics are intertwined and which causes a lack of analysis regarding the creation or certain cultural phenomena in all the dimensions on which they are based. Hence, criticism of cultural criticism itself is frequently heard for not exercising in the national media the observances that allegedly structure it.

The media cannot turn their backs on the reality of the country. Nor to culture understood as a changing universe that goes from the difficult reality in the neighborhoods to the classic scenarios passing through the belligerent stories of hip hop as a form of expression of the peripheries. Nothing about a country is foreign to culture. This is a huge truth. When a layer of creation is overlooked, the only one that loses is the country itself, which does not highlight the achievements or careers of artists who, for various reasons, have distanced themselves from the political project or have publicly criticized it, a position that assists them as artists or simply as Cuban citizens, the same right to defend the island’s political system that other artists have.

However, in this case it would be very important for the national culture that the artists who enjoy the benefits of promotion to also be interested in the works and work of their colleagues who lack the same opportunities. Because, after all, they all respond — or most — to the interest of expanding Cuban culture.

Numerous examples can be cited of artists silenced, censored or handled with a certain, shall we say, caution, in the Cuban official media system. But there are very notorious cases whose practically non-disclosure offers more questions than answers. Pablo Milanés, Leonardo Padura and Pedro Pablo Oliva are three of our greatest representatives in the different fields of action in which they move, that is, music, literature and painting.

Of Pablo and Pedro Pablo there are hardly any current references about their careers, their successes or failures on the international or national scenarios. They have become a kind of ghost for those official media. In the case of Pablo, however, he has remained, at least in recent years, offering concerts on the island, although these presentations on many occasions have not been reflected in the reports or analysis de rigueur that should appear in the press. television or radio when it comes to artists of his magnitude. Padura is another very “rare” case in the local media environment. Considered the living Cuban writer with the greatest visibility, he has practically no space on Cuban media platforms, despite having obtained the most important literary prizes on the island. Meanwhile, his readers have to resort to other media or supports to learn about his career, in which he has also won notable international distinctions. And we know it: very few have reached the Cuban pages or screens.

This analysis between politics, culture, and the media has other aspects through which the dynamics of the country can also be observed. In future articles I will be commenting on other expressions of this scenario, because if something is clear it is that the culture of a country cannot be built on the absences, the convenience or the rigor mortis of oblivion. The one that suffers, in its structure, is culture itself.