Conversation with Amós López Rubio, Baptist pastor and theologian, dean of the Evangelical Seminary of Theology of Matanzas. 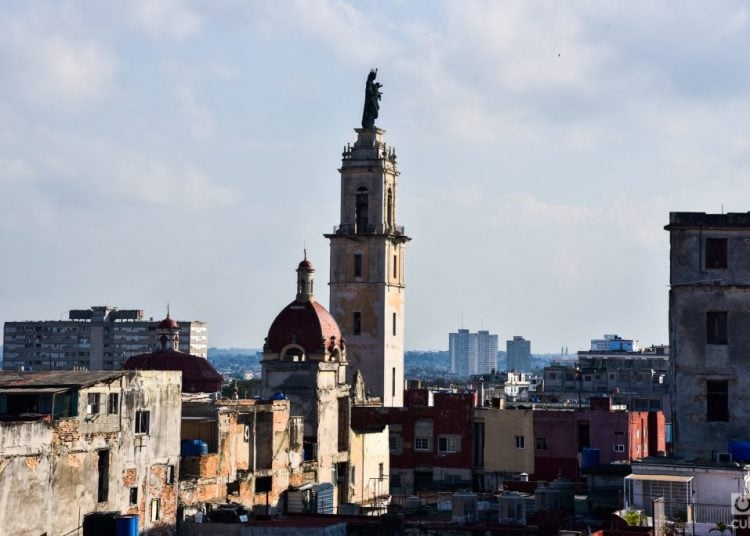 The Family Code is a significant political moment. Among the most notable data surrounding it is the public political emergence of certain religious groups. This fact invites us to investigate the conditions, scope, arguments and meanings that describe them as political actors.

In recent days, a statement by the Western Baptist Convention was made public, referring to the Family Code. The statement expresses the “conflict with some points of the Family Code draft, which we consider irreconcilable with our faith, in the light of the Holy Scriptures.” This Convention hosts more than 500 churches and announces a membership of 70,000 people, a figure to take into account in the Cuban ecclesial map.

Beyond the relevance of this number, it is important to analyze the fundamentalist theological biblical position that it wields, making a literalist reading of the Bible, which takes on greater meaning when it challenges the social moral order, beyond the world of faith, and when, consequently, it enters openly in the field of law and politics.

On this occasion I spoke with Amós López Rubio, Baptist pastor and theologian, dean of the Evangelical Seminary of Theology of Matanzas.

What place does this fundamentalist tendency occupy, in your opinion, within the Cuban ecclesial field?

I understand that it is a majority tendency, considering in that ecclesial field the Catholic churches and the evangelical churches that hold these positions, which have a high number of members. Both the Catholic Church hierarchy and the leadership of the Evangelicals have issued official statements clearly stating their positions and concerns regarding the Family Code.

Even so, it should not be understood that one hundred percent of its members share these criteria. Within the congregations there may be a diversity of opinions that will not be included in these official statements. The statements can assure us of the position of the leadership, even of the majority of the members of its churches, but never of all of them.

Regarding other churches that are more favorable to the Code, there are no known official statements that are explicit in relation to the contents of the draft under discussion. In my opinion, the main reason for this is precisely the impossibility of being able to issue positions that try to represent the criteria of the majority and respect for the exercise of freedom of conscience, a principle that cuts across churches with a Protestant tradition.

On the other hand, the lack of these official pronouncements has the disadvantage of not offering for public consideration other ethical and theological positions on the proposals of the Code, which limits the possibilities of discernment based on that broad segment of the population that is outside the religious and ecclesial spheres, but that does read and comment on the texts which they share on the networks. This reality works in favor of a greater influence of the churches that speak out in the shaping of public opinion.

In its statement, the Western Baptist Convention refers to biblical passages to affirm exclusionary criteria regarding marriage, the relationship between men and women, the place of the father in the education of daughters and sons, homosexuality, gestation between homoparental couples, just to mention some points. Is the Bible an exclusionary text about moral order and community life?

Both in the Old and in the New Testament we find nation projects (or Christian community projects) that contain elements of exclusion from a certain morality that is in tune with an alleged “religious purity.” The notion of “chosen people” around Israel is exclusive in relation to other peoples and cultures. This position was markedly exclusive during the nation project built around the second temple of Jerusalem, after the exiles returned to Babylon, where the weight of discrimination fell emphatically on women and foreigners.

The first Christian communities also experienced the conflict of exclusions in the face of the challenge of being communities of equals in obedience to the teaching and practice of Jesus, who places the human being at the center of his liberating project beyond cultural, political, economic and religious influences that accentuated divisions and privileges. Criticism of a decadent and discriminatory morality is evident in the ministry of Jesus as long as the community project of his kingdom embraced those who were looked down on by the current standardss of ritual, religious and cultural purity.

Paul the apostle, in his letter to the church in Galatia, also echoes this confrontation experienced by the early church for the sake of articulating a new order of life and human relations, when he affirms that in Christ there is neither Jew nor Greek. neither male nor female, neither slave nor master. It was a countercultural proposal, understand anti-patriarchal, which established a new ethical frame of reference for Christians.

What differences do literalist readings of the Bible and contextualized readings imply?

A literalist reading implies an irresponsible understanding and application of the biblical text, insofar as it is not seen as a cultural production and testimony, historically situated and therefore oriented towards a specific social reality. In turn, every text also has a reserve of meaning that can transcend its historical framework and transmit a valid message to other generations in other historical circumstances. The contextual reading tries precisely to unravel these new meanings, to facilitate that hermeneutical leap from one reality to another, but based on a rigorous consideration of both the original purpose of the texts and the current reality to which they are to be applied.

To read the Bible literally is to ignore the past and to ignore the present, it is to want to apply standards, meanings and practices of a time that is no longer ours. Discovering and assuming those biblical messages that have a permanent value is an exercise that requires fidelity to the past and the present, not with the purpose of imposing condemnatory behaviors or judgments but to promote emancipation from all forms of oppression, critical thinking, dignity and fullness of life based on love, solidarity and respect.

Is there a political use of biblical interpretations in the Cuban context?

The application of sacred texts to political reality seeking to make that reality functional for hegemonic interests has been a common practice in religions. In the case of Christianity, it is enough to recall an entire theological tradition that for centuries has sustained the articulation of ecclesiastical power with political power, even subordinating the second to the first.

These positions began to lose influence in Western society since the beginning of modernity. However, today we are witnessing a “return of the religious” that is expressed in multiple ways. One of them has to do with the strengthening of religious fundamentalisms that find increasing spaces of incidence in public opinion; from there to try to contain the social dynamics of change that open to the recognition of new diversities and new rights, appealing to traditional values ​​and principles of a religious nature, in this case Christian, and reaffirming the dominant patriarchal morality.

In the Cuban case, these positions conflict with the fact that Cuba is a secular state, where legal processes are not governed by religious principles and rather seek to respond to human needs based on the principle of inclusion, social justice and recognition of rights.