Recognizing, as Cuban policy has already done, that its culture is not limited to the island territory, implies that the promotion of the nation’s interest and its preservation go beyond borders. 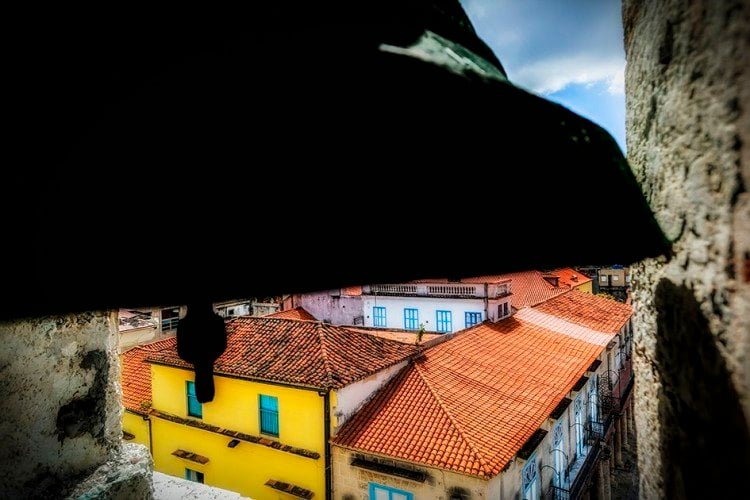 If, as the Cuban government has affirmed, the determination to maintain the scope and pace of the reforms would not be stifled by the prevailing climate of hostility with the United States; and if, as the figures indicate, the visits and exchange with emigrants have not taken a step backward in the face of this bad weather, it would be logical that their reintegration would be among the strategic objectives of the reforms, especially the consolidation of development and its main premise, national sovereignty.

Relations with emigrants are usually not a matter governed by foreign policy, but rather just by politics. The gigantic diasporas of Mexico or China (although neither of them usually call them that) are not related to their countries of origin according to the migratory agreements signed with other governments, but through institutions, laws and above all their own specific political practices.

Let’s say, the normalization of Hanoi’s relations with the “overseas Vietnamese” (that’s what they call themselves and that is what the government calls them), especially with the great post-war flow in 1975, occurred long before they were reestablished with the United States in 1996, or even when the Doi Moi (its reforms) had begun in 1986. In addition to doing business or investing (there is even an investment bank for “overseas Vietnamese” that operates under the aegis of the Viet kieu Bank), the center of this normalization is political, and consists of sharing the social and cultural life of the country, including the Feast of the Têt (lunar new year), the accountability of local governments and the link with academic and research- development centers of the public sector.

All of the above occurs despite the fact that among these “overseas Vietnamese” there are many who do not precisely adore the prevailing system in their homeland; that not a few “historical anti-communists” try to harm relations with Vietnam, and that they do not lack the resources or political ties to do so―although the governments of the U.S., Europe or Australia, where they are well visible, don’t pay too much attention to them, given their priority interests with that country.

Without ignoring the obvious differences between Cuba and Vietnam, its case shows how a process of normalization can develop with nationals living abroad, despite the wounds of a conflict that had a terrible cost for those who left and those who remained, the enormous scale of that emigration (4.5 million), the U.S. factor in the middle, the permanence of a single party regime, and the question of human rights and individual freedoms, exposed under the ideological ultraviolet rays that we already know. This case illustrates, above all, that the question of the island’s diaspora and its circumstance is not a rarity nor can it be understood without being part of the Cuban universe.

Considering the social and economic demands, the cultural transformation and the needs of the ongoing political change, and compared with other experiences, the pending topics on Cuban emigration could be resumed, in particular three key dimensions: the institutional reorganization; the exercise of citizen status; participation and belonging to the nation project.

The Vietnamese Constitution (1992) establishes that “the State will protect the legitimate interests of Vietnamese residents abroad…, will create the necessary conditions so that [they can] maintain close ties with their families and homeland and contribute to the construction of the nation” (art.75). And it states that among the functions and powers of the Government is that of protecting “the legitimate interests of Vietnamese citizens and organizations in foreign countries” (art. 112, 8).

Although in its origins, 1978-79, the policy towards Cuban emigration was revised in a separate course to relations with the United States, for many years it was conditioned by it. In fact, it wasn’t until January 2013 that a new migration law was enacted, to reestablish what is now enshrined in the Constitution, when it states that “people are free to enter, remain, transit and leave the national territory” (art. 52). When compared to the previous cases, however, it can be seen that the Cuban Constitution (2019) continues to leave out quite a bit with respect to Cubans residing abroad.

Stabilizing a relationship with those Cubans that is organic to the new order and society that the transition to the new model entails, unlinking it from the existing one with any other government, implies institutionalizing it.

To build a legitimate institutional framework, it is required, at a minimum, to respond, first, to the protection of these residents beyond territorial borders, to strengthen the safeguarding of their interests and rights in the foreign context, but above all to strengthen their relations with national institutions, society and culture. In this logic consistent with the spirit of the reforms, it would be conceivable to have a specific institutional framework, with a state level and its own legal profile, dedicated to serving the interests and needs of those nationals abroad, to developing public policies for their and the country’s benefit.

As for the second dimension, although the reform drive of the current migration law opens the door for former migrants to recover their permanent residence rights, it is not enough to ensure the exercise of citizenship.

The new Constitution limits itself to establishing that “the acquisition of another citizenship does not imply the loss of the Cuban” and that no other will be recognized to the Cuban citizens “while they are in national territory” (art. 36) ―although it supports a legal procedure to renounce it (art. 38), as well as to recover it if it has been lost (art. 39).

Now then, one thing is the recognition of the citizen status and what its exercise consists when the subject tends to enter and leave the national territory in an increasing interflux. Considering that those citizens abroad could resort to their consulates for more than just processing their travel documents and other papers, and assuming that the defense of their interests and rights anywhere was inherent to this consular mission―including their human rights―, the question of the practical limits to that full exercise would remain to be particularly specified in a new Citizenship Law.

However, given that the Constitution continues to recognize as Cubans the growing number that de facto adopts another citizenship, it can be anticipated that this new Law will not accept dual citizenship. On the other hand, nothing in the Constitution or current legislation prevents permanent double residence. Ergo, although for all purposes residents abroad are not foreigners under Cuban law, those who maintain or have regained their residence on the island, their citizenship rights, would not be limited by any constitutional precept.

This point leads to what we could call the real, and not merely legal, meaning of citizenship: the ability to participate and belong.

The Vietnamese Constitution proclaims that “citizens, regardless of nationality, sex, social origin, beliefs…, time of residence, upon reaching the age of eighteen, has the right to vote, and, upon reaching the age of twenty-one, to stand for elections to the National Assembly and the Popular Councils” (art. 54). That is to say, the citizen status not only allows “the Vietnamese resident abroad to invest in the country” (art. 25), but also to elect and be elected, as well as to participate and get involved in the real life of their country of origin.

The Chinese Constitution formulates it almost identically: “citizens who have reached the age of 18 have the right to elect and be elected, regardless of their nationality, race, sex, profession…, and time of residence.” The National Human Rights Action Plan of China affirms that in the National Assembly there must be a proportion of deputies “according to the proportion of urban and rural population, ethnic minorities, overseas Chinese who have returned, women, simple workers, farmers and migrant workers.” [1] The only exceptions are those deprived by law of their political rights.

According to data from a few years ago, 117 countries in the world allowed their residents abroad to participate in the elections.

The new Cuban Constitution, by the way, also does not limit its residents abroad from being elected or voting. It only specifies that “to be elected president [or vice] you must be a citizen by birth,” and “have no other citizenship” (art. 127). But the constitutional requirements to be elected deputy to the National Assembly does not replicate these requirements; nor do they prohibit Cuban citizens, regardless of their residence, from having access to cooperative or private property in national territory (art. 22, b and d).

The new Electoral Law, on the other hand, establishes the requirement of “permanent effective residence” in order to elect (two years) or be elected (five years). [2] According to the interpretation of this law, in order to do so, you have to be in the country when the elections take place.

Now then, perhaps we can agree that belonging to the Cuban nation, seen not in discursive or symbolic terms, but in cultural, social and civic awareness terms, is placed beyond the possibility and willingness to vote or to be elected―which doesn’t seem to mobilize much most voters from other countries residing abroad.

As is known, Fernando Ortiz, creator of the most memorable and recurring metaphor of national culture―that of ajiaco or melting pot―proposed a distinction between Cubanity and Cubanness.

Cubanity is associated with birth, citizenship, civil registration, nationality, institutional recognition, rights, census, legal documentation, membership. Cubanness implies, above all, a sense of belonging, of being part of a culture and a society, inside and outside the national territory; self-awareness and above all the will to continue exercising that belonging. If this means something different and deeper than membership, it is because the link with the Cuban polis, with the real society, its problems and destiny, goes beyond legal and ideological formulas.

Finally, both issues, that of the exercise of citizenship and belonging to the nation, pose for Cuban institutions, both those of the State and those of civil society, different designs and political resources. Their effectiveness and meaning are not measured, of course, by the assumption of national emblems or other identity codes, but by their ability to channel the greatest contribution to the nation’s interest, including the ongoing transition process, as well as the enrichment of national diversity and unity.

Recognizing, as Cuban policy has already done, that their culture is not limited to the island territory, implies that the promotion of the nation’s interest and its preservation go beyond borders. Naturally, the implications of this recognition are not contained in the work of the “culture sector,” but they pose a major problem for national politics, that exercised by the State and that in fact put civil society at stake, that which, without issuing declarations or regulations, has already started a long time ago the long march between the emigrated nation and, as Borges would say, its aleph on the island.