The intense flames spread for several hours from the 13 de Marzo district to the cemetery in the city, capital of the Cuban province of the same name. 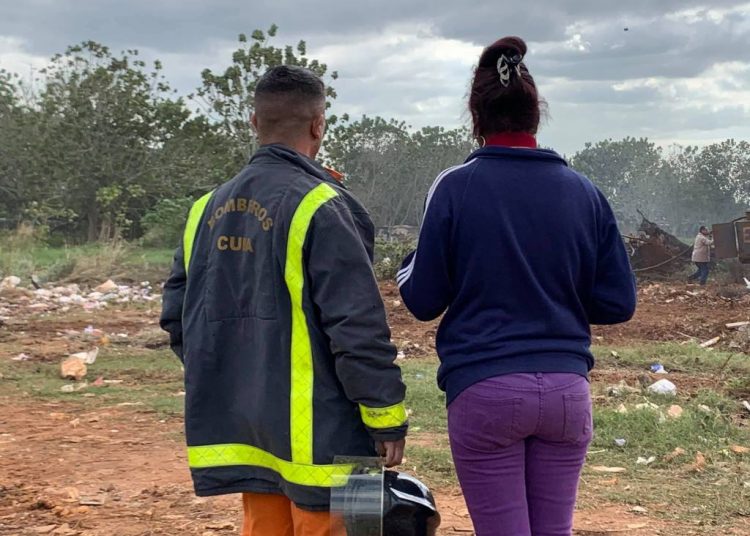 Firefighters and other people in one of the places affected by the fire in Artemisa, in western Cuba, between January 21, 2020 and the next morning. Photo: @Artemisadiario / Facebook.

This Tuesday a fire broke out in the city of Artemisa, located 52 kilometers east of Havana, affecting several areas of this territory until it was put out in the early morning hours, the local newspaper El Artemiseño reported on its Facebook profile.

The flames spread for several hours from the 13 de Marzo district to the cemetery in the city, capital of the Cuban province of the same name.

The #fire that took place yesterday in the capital city was put out at about 3:00 am on Wednesday, January 22. According…

Juan Permuy, head of the Municipal Administration Council, affirmed the fire was under control at around 3:00 in the morning on Wednesday and commented that the city residents could already sleep peacefully.

The fire was put out thanks to the work of the combined forces of the local Ministry of Interior, specifically the local fire department, forest rangers and police, along with workers from other state entities.

The fire reached several areas of the city: the 13 de Marzo district, the Mongolos Zone, the Pablo Torres Cooperative, the Cemetery and the Chalet.

According to El Artemiseño, the causes are still being investigated.

Traditional March of the Torches to take place only in Havana