The labyrinth of education for Afro-Cubans: a look at the Republican censuses

With an analysis of the Censuses carried out in Cuba in the first half of the 20th century. 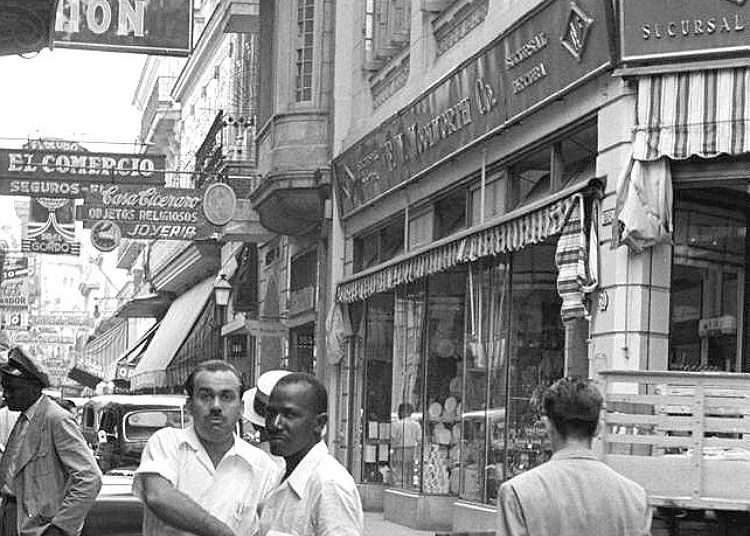 Havana, first half of the 20th century. Photo: Archive

In La conquista del blanco, an article that came to light at the end of the 1920s, in the section Ideales de una Raza by Gustavo Urrutia, the then young poet Nicolás Guillén questions the dynamics of the imaginary of whiteness and the meritocratic fallacy as an expeditious way for a real and effective inclusion of blacks in Cuban society.

As the journalist also observes, any white man lives without outrageous restrictions, he can function peacefully as a citizen and as a professional or student “…he finds all the ‘little doors’ of the Cuban relationship life wide open….” While there are many black citizens with the same mental and professional level, but “…they encounter innumerable difficulties every day to function, and have to fight with annoying obstacles that do not recognize any origin other than skin color.…”1

In this sense, a look at the successive Censuses published in the years 1907, 1919, 1931 and 19432 reveals how the access of the Afro-Cuban population to university careers and therefore to professional activities, became segregative with respect to the native and foreign white population. The low rates of participation in basic services such as: defense, health, education, banks and finance stand out; which were maintained during this period. In this context, the origin and social classifications will determine access to privileged professions and the labor market.

As can be analyzed by the 1907 Census data, 70.6% of professional services were occupied by native whites, being 59.7% of the total population at the time, with an overrepresentation of 10.9%. The second place in this area was occupied by foreign whites, with 21.3%, however, they were 9.9% of the Cuban population, which means an over-representation of 11.4%.

Therefore, it is derived that between native and foreign whites they occupied 91.9 with an excess of representation in the professional area of ​​22.3 percentage points. This meant that the color population group3 occupied only 8.1 of the professional positions in the country, meaning an underrepresentation in these services of 22.2 percentage points, with respect to their population presence.

A comparative cut between genders shows that women of color had twice less presence in these services than men of color, their being slightly (0.8%) higher in population. While their native white counterparts reached 0.85, those of color only reached 0.17 of representation on the basis of 1. Now, in an indicator such as: domestic and personal services, women of color will occupy 29.5% of the employed persons, with an overrepresentation of 14%, while white women occupy only 6.9%.

Between the 1907 and 1919 censuses, the underrepresentation of those of color in the professional area will be reduced from 22.2 to 16.5 points, this proportional increase is more significant in black and mestizo men, unemployment is also reduced for women of color. On the other hand, native and foreign whites will remain overrepresented at 14.9 percentage points, although there is a general trend to increase the native white male presence and to reduce that of white foreigners.

We presume that the favorable economic situation in these years and the expansion of the public and free education system, as well as the access of those of color to teaching positions, influences the improvement of statistics in the professional area. Although the black and mestizo overrepresentation continues in domestic and personal jobs, as well as low rates of access to employment in commerce and transportation services.

The foregoing makes it evident that the expansion of free, public education of primary education did not necessarily and structurally lead to a notable transformation of the labor and social mobility of black people in Cuba. Limits to professional and specialized service jobs persisted, which is consistent with the thesis that we have been developing regarding the secular obstacles placed for blacks and mestizos to access high school and university studies. As the republic advances, social and labor mobility that depends on access to higher education is concentrated and structured around the hegemonic white/patriarchal colonial figure.

According to historian Manuel Ramírez Chicharro, accessing higher education was a difficult process, due to the limited number of places, academic competitiveness and other factors that increased the price of university tuition. At the height of 1925, black and mulatto students constituted only 11% of all university students, with a population relative to the total of almost 30%. Therefore, the restricted access to higher education did not allow the labor and economic gap between white people and Afro-Cubans to diminish.

This trend is subverted to some extent according to figures from the 1931 Census, a challenging time after the international economic depression. At this stage, the colored population occupies 27.9% of the total population of the island, and reaches 18.5% of professional services, reducing the underrepresentation in this area by seven points, with respect to the 1919 Census. White natives and foreigners comprise 81.5%, being 72% of the population, which is why the white males continue to play a leading role in these areas.

However, it is still valid to highlight that the statistical improvement of the colored group shown by the 1931 Census in professional work focuses on black and mestizo men for whom the representation grows by seven and a half points. In contrast, black and mestizo females diminish their role in these areas by half a point. Something even more surprising is that black and mestizo women are displaced from the traditional labor role of domestic and personal services, with the drop reaching 17.8 percentage points, which meant the loss of almost 20,000 jobs for these women. These tasks began to be occupied mainly by white men and in second place by black and mestizo men.

The 1940 Magna Carta succeeds in advancing citizenship rights and the racial question, the result of a recurrent dynamic of constitutional breakdowns, intense struggles against racial discrimination, as well as nationalist political consensus. The constitutional text is clear in its article 20: “All Cubans are equal before the law. The Republic does not recognize rights or privileges. Any discrimination based on sex, race, color or class, and any other that is harmful to human dignity is declared illegal and punishable.”

On the other hand, articles 48 and 51 establish compulsory primary education for minors of school age, as well as free education at this level and second elementary education. It makes explicit the possibility of making some modest charges in institutes, as well as access through rates for specialized pre-university and university studies.

However, data from the 1943 Census, the last to include statistics by race in this period, are illustrative in terms of the persistent color line for access to university and professions for black Cubans. The segregation of black and mestizo Cuban women becomes even more visible in higher education. Ramírez Chicharro points out that “In absolute terms, at the height of 1943, 22,923 white women had graduated, for only 3,849 black and mixed race women. That is to say, a ratio of six to one.”

With all the limitations that the cold collection of census data may have, an interpretive cut of race and gender allows us to observe the unprecedented situation of social, educational and labor disadvantage in which black and mestizo people found themselves in Cuba in the first Republican decades.

However, from very early on, the anti-racist Cuban intelligentsia set out to question this imaginary and unfavorable socio-educational context. An example is found in the text Apreciaciones sobre la Agrupación Independiente de Color by Pastora Mena, a pioneering activist for the rights of black men and women, published in October 1908 in the Previsión newspaper of the Color Independent Party (PIC).

Addressing her racial brothers, the Afro-Cuban intellectual expressed that “…Cuba has…men of color who embrace all spheres of scientific study, and that shows that our brain is susceptible to the same development and fruitful cultivation as that of the white race….” Pastora Mena regrets that the majority of white people treat them with disgust, and “…any of us who have some sort of education cannot escape the fact that behind our backs they say ‘Too bad he’s colored.” And she affirms that “Today more than ever, those who know nothing has the duty to learn something….”4

In my opinion, these are essential elements to take into account for the debate on ethnic-racial relations in Cuba and its articulation with the educational dimension, this in an integrative analysis perspective that shows the historical absences/emergencies of Afro-Cubans, which at the same time structure various contemporary educational challenges.

3 We use the term “colored” in strict adherence to the terms used by the census classification in these years.