How to get an accepted payment method in stores with foreign currency in Cuba, and how to deposit funds? 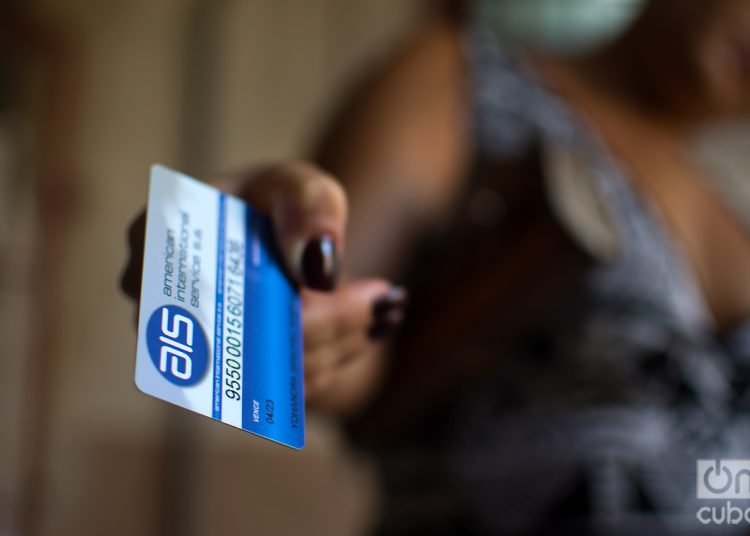 Operations card to use in the commercial network of the country. Photo: Otmaro Rodriguez.

Since last July 20th, Cuba has 72 new stores in which products can be purchased in freely convertible currency (MLC), taking the United States dollar (USD) as a reference in their prices.

According to the official information, published a few days before the opening of these stores, 57 of the new establishments distributed throughout the island would offer food and cleaning products, and the other 15, hardware products. This would be distributed as follows: 14 in Havana and the rest throughout the country, at a rate of at least two stores per province.

When announcing the news, the directors of Cimex and Caribe state chains (companies in charge of providing the new service in MLC) explained that these stores would sell medium and high-end items, referring to products with a higher quality standard to those of the stores in Cuban pesos (CUP) and convertible pesos (CUC) – the two currencies used in the country since the dual currency came into force -. This means that the offers of the dollar stores should not affect the other establishments.

In addition, they confirmed that the payment for those commercial entities would be through magnetic cards associated with bank accounts in foreign currencies – in which the official exchange rate in USD is taken as reference -, as it is already the case with other MLC stores opened in Cuba since the end of last year. In those opened since last year, people can purchase household appliances, electric motorcycles, and cars spare parts, among other products, sold in US dollars. These stores, despite their exclusivity, have had high demand and, at the same time, difficulties with the supply of some items.

Now, the elimination of the 10% tax on the USD as part of the economic measures announced by the Cuban government in July to face the current economic crisis – accentuated by President Donald Trump’s policy towards Cuba and the impact of the pandemic of coronavirus—, aims to encourage consumption in the new stores in foreign currency. However, as we have already said, nothing there can be purchased in cash; instead, the purchase is allowed through three forms of payment:

If buyers don’t have an international magnetic card, the first step to buy in stores in MLC is, therefore, to have a card associated with a bank account in dollars in Cuba or the AIS card issued by Fincimex.

The request for a national magnetic card at the Popular de Ahorro, de Crédito y Comercio, or Metropolitano S.A. banks can be presented, first of all, by natural persons residing in Cuban territory, with their identity cards. According to Resolution 73/2020, natural persons not residing in Cuba can also do it now. The bank accounts in USD to which these cards are associated do not require an initial deposit upon opening, nor a minimum balance to maintain.

For its part, the request for an AIS card can be made in person at the Fincimex offices in Cuba (by presenting an identity card) or through the American International Service website, when sending money, without issuance cost and with the possibility of collecting them by the beneficiary at the offices of Fincimex in Cuba.

In both cases, for the AIS cards, it must be specified that the opened accounts and the requested cards are for MLC store purchases since both national banks and Fincimex have previous account options and magnetic cards that can still be requested, and which do not provide the same features.

The second step is essential. In order for a person to be able to make their purchases in MLC establishments, they must hold in their power the physical cards. After requesting them, the applicant must return to the bank to collect the card.

The average time that clients must wait to collect them is up to seven days in Havana and the provincial capitals, while in the rest of the towns it can be extended to 10 days, according to official procedures. However, bank managers have recognized that “sometimes there are deficiencies”, which may make the process longer.

In the case of AIS cards that are requested from abroad, beneficiaries in Cuba must wait for a notification from Fincimex or contact the entity to find out when they can collect the card.

Once people have a bank account in USD and a means of payment (magnetic cards) accepted in the stores that operate in MLC, it is necessary to have the funds for a purchase.

In the case of AIS cards, they can be recharged from the entity’s official website or by following one of the options available in each region. The funds on this card have the character of remittances, so their holder or beneficiary on the Island cannot make direct deposits to them.

Bank accounts in USD can receive funds through one of the following options, according to the official information issued so far.

The deposit of funds can be made in one of the foreign currencies listed below, which will be converted to USD using the accepted means of payment.

Regarding magnetic cards in USD, the authorities of the Central Bank of Cuba and Fincimex have clarified some questions about their use beyond the stores in MLC.

In this regard, they have explained that “they also work in the rest of the electronic payment channels that the banking system has available today” on the Island. In addition, they have said that “the client can go to other establishments (not only to the USD ones) and use their card; Cardholders can also go to the ATM and withdraw money in CUC at the exchange rate that the bank has concerning the US dollar at that time.

However, the stores in MLC are the main motivation for opening these accounts and magnetic cards, in a context marked by serious economic difficulties for Cuba. The issue has raised expectations, questions, and dissatisfactions both on the island and among Cubans living abroad. Doubts also arise regarding offers’ stability in MLC stores, and debates emerge about the possible repercussions and inequalities that cause this and other measures in the social fabric of the Island. 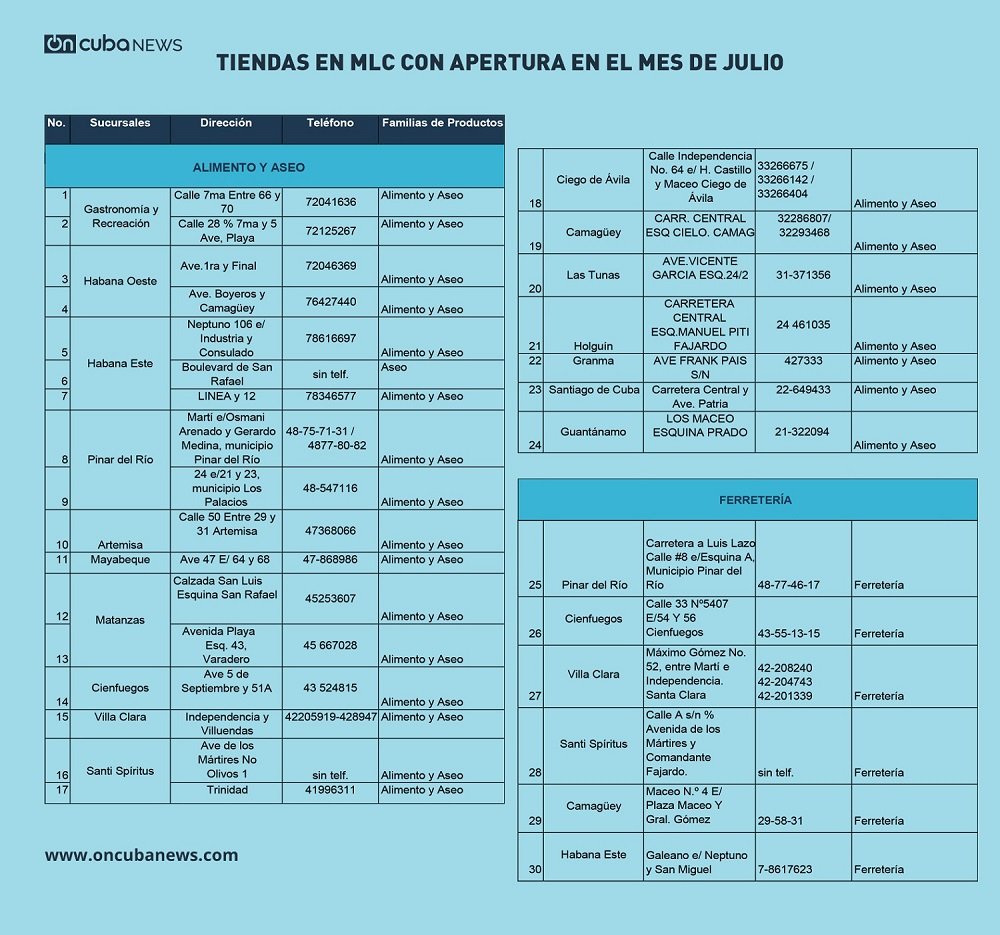 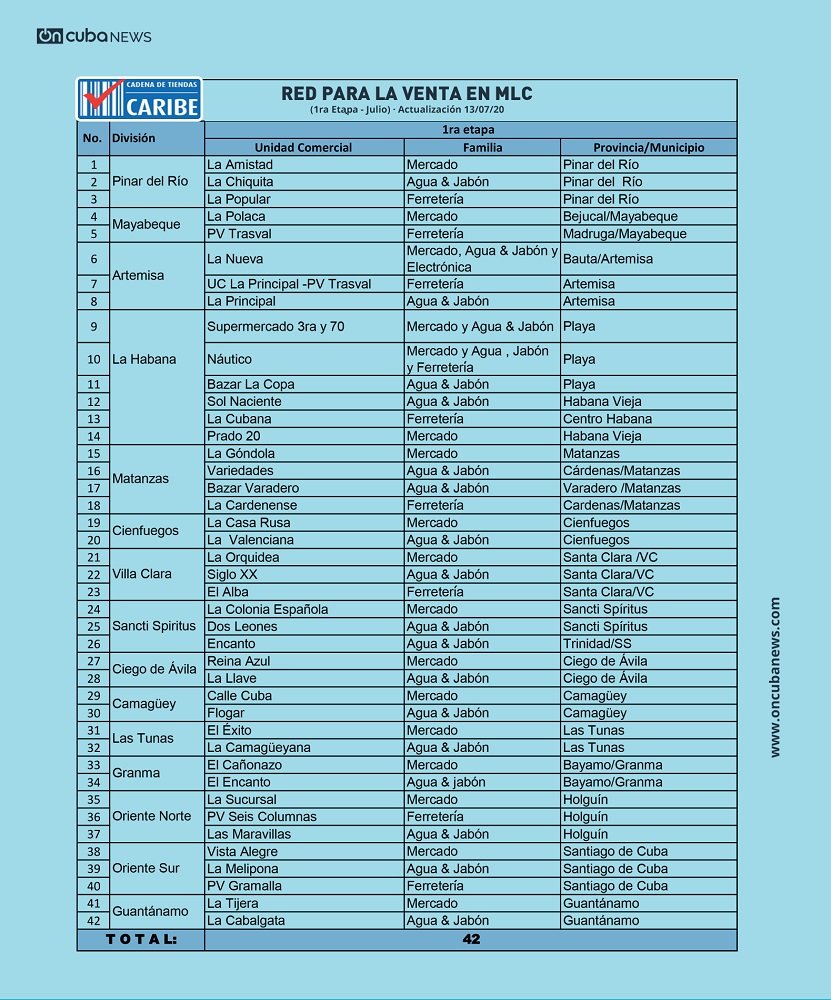