In the second phase, teaching activities will be resumed and evaluations will be carried out in order to end this school year, which will run until October 31. The 2020-2021 academic year will begin two days later. 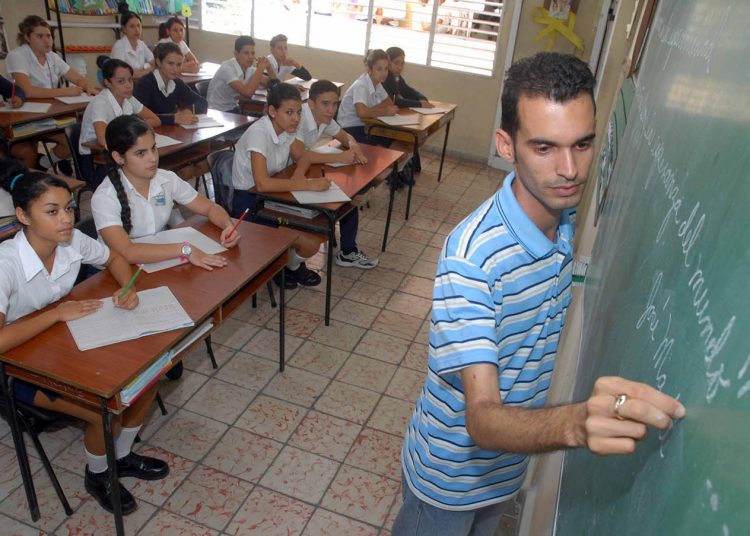 The Minister of Education, Ena Elsa Velázquez, said this Friday on the Mesa Redonda television program that the school year will resume in all the country’s provinces on September 1st, with the exception of Havana, given its current epidemiological situation.

She reported that managers and workers are returning to educational institutions in a first phase to prepare them for the restart of the 2019-2020 school year, after the period of forced confinement.

In the second phase, teaching activities will be resumed and evaluations will be carried out to end this school year, which will run until October 31. Two days later the 2020-2021 academic year will begin.

In the case of Higher Education, students and teachers will also return to class in 22 universities on September 1st (in the second phase) and from then on, adjustments will be made for the closure of subjects, changes of careers and finals, extraordinary and end-of-year exams.

The minister insisted on the need to comply with and maximize measures to avoid infections. Among them, she pointed out the staggering recess hours, not doing the usual morning conglomerated meetings at the school, not accepting workers and students with respiratory symptoms, not allowing school access to other personnel, the mandatory use of masks, the use of hypochlorite and chlorinated solution for regular disinfection.

Referring to the concern of some parents about how to avoid possible infections at the schools, she said that it was not “only about what the school is obliged to guarantee, but also about compliance with the measures indicated in all the scenarios where people’s lives take place”.

Finally, the minister highlighted that each territory has the possibility of contextualizing these measures according to their specific characteristics.