Some reflections on the recently approved and inadvertent General Urban Organization Plan of the capital. 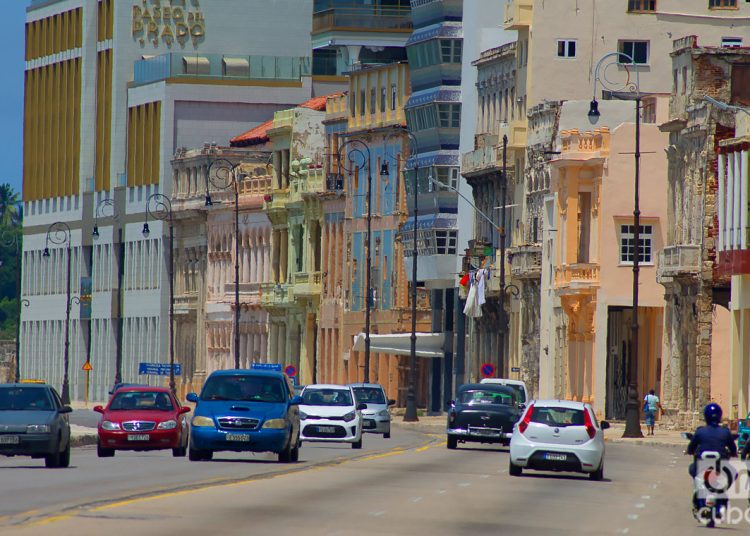 On June 22, Agreement 9101 of the Council of Ministers on the approval of the General Urban Organization Plan of Havana was published in the Gaceta Oficial, a fact that has gone almost unnoticed. Only the provincial newspaper Tribuna de La Habana wrote a brief note in which it announced the approval of the Plan, among others, such as those of the small municipal capitals of Trinidad, Baracoa or Caibarién. None of the national newspapers or television channels mentioned the event. Indeed, it is an event.

Since 1984 — almost 40 years ago — the Council of Ministers did not approve updates to the Plan for the capital. It would then be very good news given the current lack of control of urban development in the largest city in the country. But, unfortunately, the news has its chiaroscuros.

The content of the Agreement of the Council of Ministers refers to the approval of a document prepared for the most part in 2013. For reasons that I do not know, its assessment has been delayed for eight years (!) and it was not until now that it was approved. Said Plan should constitute, in principle, the government’s main instrument of direction for conducting the process of renovation and transformation of the capital; but I have my doubts that it will be able to carry out its mission and following I will explain why.

The first point of the Agreement says that “for its implementation, evaluation and control, the Plan contains:

Next, the list of almost a hundred “determinations” can be examined, but, unfortunately, both the “urban regulations” and the “action program” for their management and control are conspicuous by their absence.

The determinations range from objectives of an excessive generality such as “Reversing the deterioration of the central areas” or “Rehabilitating and completing the infrastructures and roads” to other extremely precise ones such as “move the November 19 station (Tulipán) to the surrounding areas of Sport City.” The list is too heterogeneous to be able to constitute an effective guide for government action. There are, however, indications that, although they go against the grain of what is being done today, if properly implemented they could be of great benefit to the city.

I will give some examples:

But there are many questions in this regard: who will be in charge of controlling compliance with such indications? Who will make the decision to include the necessary investments to carry them out? Must the ministries comply with the indications of this Plan? Does the capital have the sufficient budget to carry them out?

As long as these questions are unanswered, the determinations do not go beyond good wishes.

Urban regulations and the action program

The second component of the Plan is made up of regulations. The Agreement only indicates its objective and clarifies that “they are mandatory for constructive action, both state and citizen,” but its content is not expressed. Given that the fifth point of the Agreement clarifies that the Physical Planning Institute (IPF) published the Plan on its website in a comprehensive manner, I went to the aforementioned website. In it I found a “General Document” of the Plan that does not show the content of the regulations that must be complied with. A detailed search only led to the regulations of two municipalities (those of Guanabacoa and Centro Habana). This is striking because, to my knowledge, at least three books containing the regulations of Vedado, the traditional Malecón and Old Havana have been published.

How can a regulation that is unknown because it is not published be mandatory for citizens?

The third component of the Plan, the one that makes it possible to make it a reality, is the action program. But this one is also conspicuous by its absence. At least the regulations deserved a chapter of the Agreement (albeit with a single article), but the action program disappears and becomes a fourth Chapter entitled “Management and Control,” which I will address later. The feasibility of the Plan depends, to a large extent, on the program of actions. If not specified, everything can be diluted in a set of good intentions.

The Agreement culminates with a single Annex that explains the structure of the General Plan Document (the one published on the IPF website) and specifies that its scope is for the period from 2019 to 2030 (how a plan published in 2021 direct what was done in previous years?).

When the document is consulted on the website, it is found that, in turn, it has three annexes:

It is, in fact, an estimate of the budget necessary for each of the sectors based on the level of expenditure for the years 2017 and 2018 and extrapolating it to the period 2019-2030. And the table certainly contains gross errors: the first line refers to investments in the education sector. In 2017 they were 57 million, the following year 86 million. However, the annual average for the 2019-2030 period is reduced to less than three million annually, without further explanation.

How to direct and control the execution of a Plan if a good part of its content is unknown? The real value of a Plan is none other than the feasibility of its execution. What importance then can a plan have that does not foresee or specify the investments necessary to carry it out?

Control of the Plan

The last chapter of the Agreement states in its article 15 that: “the management and control of the Plan is carried out in correspondence with the program of actions to be executed in the short, medium and long terms.” If the program does not exist, it is obvious that the Plan is not executable or controllable. And the article ends: “the program contains the objectives, actions, priorities and sequences, grouped into three strategic lines.” Where is that content found? What are the three strategic lines?

Next, it is stated that “The governor of the province of Havana delivers to the IPF, before April 30 of each year, the annual report on the evaluation of the implementation of the Plan.” If there is no action program or indicator system, how can the governor prepare his Annual Report? A report that, incidentally, would be extremely important to make it public. At the end of the day, the government not only owes itself to the President of the IPF but, first of all, to his fellow citizens. How can citizen participation be called without disclosing this elementary information?

Lastly, it is striking that the Plan does not even mention the fact that in 2019 what should have been undoubtedly the most comprehensive investment program in the city so far this century was implemented. Under what Plan was the 500th anniversary program organized? What were its results?

This Plan does not even mention it, for the simple reason that it was already written long before that program was organized.

The turn of the century has meant an important turning point for Havana: it is a city that has no longer grown demographically for more than 20 years. This requires a shift of paradigm in its physical growth, which must go from extensive to intensive, containing its expansion and focusing on the timely transformation, rehabilitation, restoration and maintenance of what already exists. The social costs of its peripheral growth (in times of transportation) and the economic costs of expanding the necessary infrastructures are already excessive and unaffordable. Likewise, it is necessary to put at the service of the city its free spaces and interstices, such as empty, abandoned or unused buildings, of all state agencies, in order to give them a use according to their location, typology and cultural value.

On the other hand, Havana constitutes an exceptional cultural heritage, a source of national pride and identity. It is a city internationally recognized as an urban jewel. If it is necessary that it grow within, it must be done carefully and knowingly. The mere juxtaposition of buildings does not make a city. It requires proportion, harmony and not compromising strategic areas with disjointed urbanizations of poor design. All this demands a new vision of urbanism and architecture that transcends the bulldozer and the typical project. Material resources are still important, but now what’s decisive are the intellectual and scientific ones. Planning, project, management, design and new technologies become essential instruments.

The reality, however, differs from what the city requires and deserves. On the one hand, it continues to grow in its periphery, locating small communities here and there — more rural than urban — without identity, far from the center, with little or no urbanization and, sometimes, without primary services. On the other hand, the insertion of buildings in the interior of the city is frequently not harmonious, disjointed from its context (for example: new housing in areas of the Ciudad Libertad airport), in violation of regulations, with sometimes insufficient construction volumes, sometimes excessive (like the hotel under construction at 23 y K, Vedado). Finally, the much-needed reuse and re-functionalization of buildings is, outside of the Historic Center, practically exceptional and not always successful, particularly in housing adaptations.

The roots of the problem

An analysis of the roots of the problem identifies various causes that suggest, by themselves, courses of action:

It is evident that the government of a city needs an instrument that makes the sectorial investments in the urban territory compatible, a budget that allows it to make up for the shortcomings of the sectorial programs and, also, strengthened technical and administrative institutions, capable of coordinating and integrating the municipal development schemes that have begun to be elaborated. Havana is by no means the sum of its municipalities. The capital of the country requires much greater attention than that which has been devoted to the so-called General Urban Organization Plan.