After 192 hours of searching since last Monday, the Coast Guard suspended the search for nine Cubans who went missing 26 miles from Key West. 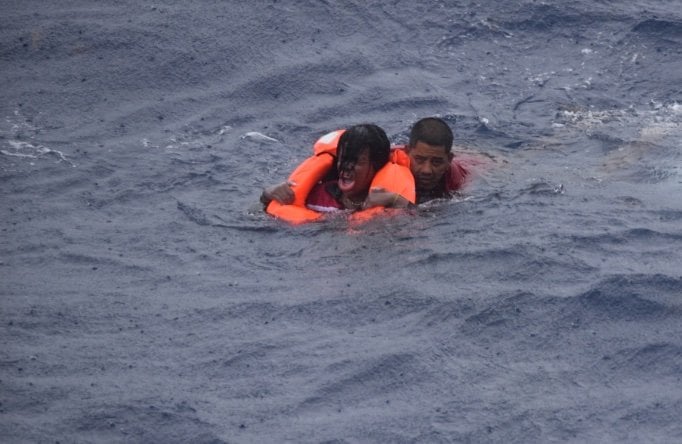 The United States Coast Guard reported this Saturday that it suspended the search for nine missing Cuban rafters after the boat in which they were sailing west of Key West, in the extreme south of Florida, capsized.

In a statement, the Coast Guard said they made the “difficult decision” to end the operation around 22:30 hours local time on Friday (02:30 GMT on Saturday), after more than 192 hours in which they deployed “multiple search patterns.”

It added that during that period they covered an area of ​​7,459 square miles (almost 20,000 square kilometers) by air and sea, equivalent to the size of the northern state of New Hampshire.

The nine missing Cubans were aboard a boat with a total of 22 people on board that capsized Monday night, approximately 26 miles (40 km) southeast of Key West.

On Tuesday, members of the crew of the Coast Guard ship Thetis, supported by a recreational boat that saw some of the Cubans in the water, rescued nine men and four women after their boat capsized.

The survivors told the Coast Guard that the boat had sailed from Cuba.

The shipwreck occurred on the day that Tropical Storm Elsa crossed central Cuba. On Tuesday it left the Caribbean island behind and headed for the Florida coast in the Gulf of Mexico, with winds, rain and storm surge.

Since October 1, the Coast Guard has intercepted 536 Cubans trying to reach the United States, while in all of fiscal year 2020 they did not reach 50 and in fiscal year 2019 there were 313.

This “silent exodus” through the Straits of Florida and in precarious vessels that has been increasing during the last year “is not going to decrease, on the contrary, it is going to increase,” as Ramón Saúl Sánchez, president of the exile group Movimiento Democracia, assured EFE this week in Miami.