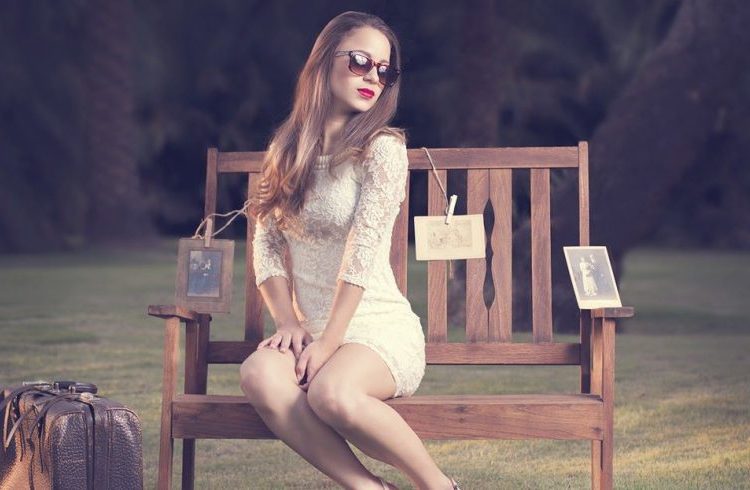 Melissa Quintans is a Cuban actress living in Arizona. Photo: Taken from Facebook.

When Melissa Quintans decided to immigrate to the United States, her artistic career was at its full peak of recognition. The actress formed part of the cast of the Teatro Libélula theater company in Bolivia, and she was the assistant director and producer for the René Moreno Theater. Before, in Cuba, she had joined the legendary Buscón theater group with diseased director José Antonio Rodríguez and later to Olga Alonso’s together with Humberto Rodríguez.

Now she lives in Arizona. To continue her career she moved to the state of the Grand Canyon, known for its desert landscape, its cacti and the cosmopolitan city of Phoenix. She is the first Cuban to form in that city her own artistic group: Matices Theatre Company. Born in Alamar, to the east of Havana, in the early 1990s, she is sufficiently brave to walk on the edge of any excess.

“Acting on the island with the cast is one of my dearest dreams,” she said to OnCuba from that part of the world where around these days the media’s eyes are on her with the premier of the play “Romeo and Juliet,” an adaptation of her compatriot Irán Moya, a fifth-year student of the University of the Arts (ISA).

Let’s start with Cuba…when did you discover that your passion would be theater and what experiences gave you those tools to insert yourself abroad?

When I was just 5 I discovered that I wanted to be an artist. Actually, a man discovered it when he saw me one day imitating Selena and spoke to my mother about the theater lessons being given in the Napoleonic Museum. My grandmother was a cabaret dancer, so perhaps that’s from where I got the inclination.

Later I participated in several TV programs like Arcoiris Musical, Los Pequeños Figitivos and A dónde vamos. In the latter I caught the attention of Iraida Malberti, the director of Cuban Television’s Children’s Ballet, who suggested to my mother to try out that facet in me. With her I learned all types of dances: ballet, popular dances; I believe that was something important in my beginnings, but the time came when I was too old for that.

Then I returned to the theater with professor Elsa Hernández through the Union of Writers and Artists of Cuba and the Hermanos Saíz Association. There I was chosen in a casting to present the program Quiero Saber and later Los De Siempre, a vacation program.

But the first official play I worked in was at 15 with the Buscón group until I transferred to Olga Alonso’s, under the tutorship of Humberto Rodríguez. I believe that while I was there I significantly grew; it was a nice and rigorous experience. My last experience on stage on the island was with Teatro Espejo, with which I learned not only acting, but also drama, pantomime, acrobatics, we were even taught ballet and contemporary dance with Danza Abierta.

How and when did you arrive in Bolivia?

In 2011 I left for Bolivia because my father lived there. At the beginning the idea was not to stay but when I arrived I found out about a casting for a musical they were doing of “Aladino.” When I got there they had already made the selection; however, director Guillermo Sicodowska told me there were some small parts left and that he would begin some workshops to prepare those who had been chosen.

Because of the absence of some of the participants I was able to enter the cast and a while later he proposed that I be his direction assistant.

That’s how I started with Libélula, I gained access to the direction of actors and I started collaborating with the Teatro René Moreno. We mainly did musicals with a comedy background and I started to like that, so different from what I had done in my country.

While on the island there are works that mark a universal reality, what I had most worked in until then was determined by our domestic problems, not beyond that. I also believe that in commercial creations there are also very talented actors and behind them directors and producers with a lot of imagination, devoted to what they do.

Why did you move to Arizona, where you would have to start over?

At the beginning that change was not part of my plans, but my father had wanted to come to the United States and I decided to follow him. Afterwards things did not come out as we had expected. He would travel to Guatemala where we would meet to continue together, but he was deported and I had to continue on my own when I was 19.

The start was difficult, full of remorse for having left what I had a passion for in Bolivia, because it was a different language and a country where I was alone. It was only a year later that I got the opportunity of giving acting and dance lessons in a modeling academy. That allowed me to make contacts until I was able to enter as an actress in some presentations of the Meshico theater group in Phoenix and Los Angeles, under the direction of Mario Zapien.

In 2015 I did my first independent artistic project that was called “Vámonos para Cuba” together with Sergio Herrera, another art lover and promoter. There was Cuban food, poetry, trova, typical dances and even a small sketch written by me in which amateur Cuban young people acted. At that moment I became aware that I could give theater lessons for adults, and a year later I started with another friend to carry out workshops and plays. Finally in December 2016 I decided to form my own company: Matices Theatre.

What are Matices’ plans?

The intentions are to strengthen the growth of the theater group in Arizona, which although it is not the only one in the state, it is one of the few for the Hispanic community in their language. We will have our first production this year on March 4 and 5 with new actors, many formed by me and some from other countries who had not found opportunities in Arizona, because it’s difficult to find in that state good theater in Spanish.

My aspiration is to go to festivals and that the group grows. We have had quite a lot of support from the community, from the public as well as the sponsors who contribute to the production. I believe the workshops are very important in that sense, because they will allow us to continue renovating and expanding.

I like to bring professors; last year I invited Jazz Vilá and this time it’s very probable that a film director, whose name I still cannot reveal, will come. We have the idea of presenting on children’s day “Aladino” and that a friend from Bolivia accompanies us. There are also possibilities of going to Mexico, and I would also love to go to Cuba, but I think perhaps that will happen next year.

How did the adaptation of “Romeo and Juliet” that you will be presenting get to you?

Initially we wanted to present a work for February, the month of love, that’s how the idea of “Romeo and Juliet” came up between producer Sergio Montoya and me, but we needed to make an adaptation. Then I spoke to Irán Moya, a friend in Cuba who was a fifth-year student in the ISA. He accepted and I love what he was able to give expression to on paper.

The arrangement joins the Elizabethan medieval time of Shakespeare with current times, it incorporates new characters and leaves us with the message that although time goes by there are certain prejudices that don’t, society continues questioning us. We are very happy with how the rehearsals are coming along, so we expect the public will also like it.