What happens in “Blonde” is that Dominik’s gaze shifted from presenting Marilyn Monroe as a victim of a patriarchal film industry, which turned her into an object and a product, to a victimized woman. 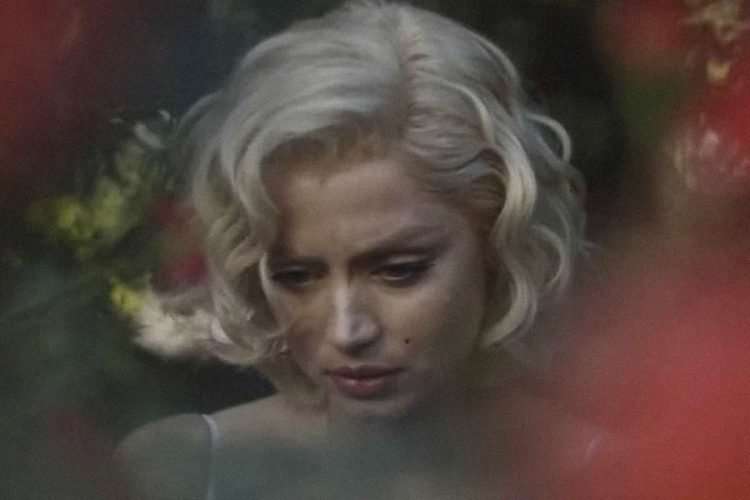 Finally, Blonde has seen the light. The acclaimed film that sometimes turns into in the applause competition at the Cannes Film Festival, is now managing to maintain the focus of the public’s attention and all those who have seen it divide their opinions into descriptions such as “sublime” or an “affront” to the diva of all time: Marilyn Monroe.

In such polarized times, it is difficult to provide nuances and focus on a unhurried analysis of certain topics. Cinema constitutes a universe of representations, within which for viewers it is difficult — or they do not like — to see the threads that are woven in fiction. In that sense, Marilyn Monroe is one of the greatest certainties within the audiovisual, she is cinema; she is an icon, and symbols are not to be deconstructed, but to be adored.

In the history of Western cinema, Marilyn Monroe has been recreated on several occasions, but always with joy. Her life provides moments for speculation, for solemn tribute, but until the premiere of Blonde Marilyn Monroe had never become a victim. It is this last resort that bothers audiences and critics alike.

Dominik, who in addition to being the director is a screenwriter for the film, bases himself on the book by Joyce Carol Oates, Blonde: a novel about Marilyn Monroe, and throughout the film transforms the great Marilyn Monroe into the long-suffering and abused Norma Jeane. It is in this resort where the director put all his film thesis, and although it has been clarified over and over again that the film is not a biopic, his way of presenting the characters, the editing structure, inevitably refers to this cinematographic subgenre and annoys the viewers, who hope to find the accuracy of a life, which they themselves have built for themselves out of admiration and which now does not match what they see on the screen.

However, at times the film presents a narrative that tries to escape from anecdotes to sensations, in search of an identification with the character and the dismantling of the myth. The displacement of Marilyn Monroe from myth, from a sexy woman, who could have had episodes of emotional destabilization or drug abuse, to the role of victim, is a risky resource that is overexploited cinematographically and produces the opposite effect to the sympathy it aims to generate.

What happens with emotional destabilization is that it is usually understood as a very particular situation in which there are no social responsibilities, only facts, unfortunate moments that lead the person to become someone incapable of behaving under certain established patterns. There is no power responsible for said destabilization, power is only a regulator of the symptoms and isolation of patients. When a person is portrayed as “crazy” or visibly disturbed, their actions, their stories, are their responsibility.

However, when a person is presented as a victim, a space is left to show the perpetrator. This form usually makes more than one person uncomfortable, because it is necessary to recognize responsibilities.

What happens in Blonde is that Dominik’s gaze shifted from presenting Marilyn Monroe as a victim of a patriarchal film industry, which turned her into an object and a product, to a victimized woman. And although it might seem that it is the same thing, it is not; in the first case, the character can preserve her dignity and not be defined only by this fact itself, in the second, the one that defines the tone of the film does not give space for the dignity of the character.

Blonde runs between two completely different structures. One is the creation of the female character from which an effort is made to show Marilyn Monroe as an actress and through her profession to show her psyche to revalue the person behind the myth. The other is the recreation of life conditions, moments and scenes of the character, within which the same sexist gaze it tries to criticize is exploited.

During the first structure, the female character itself is where Ana de Armas can provide her nuance and difference as the main actress. Although much has been said about what it meant to play Monroe, the actress is never overwhelmed in her performance by the weight of the symbol, perhaps because in many moments she chooses to play Norma Jeane more than Marilyn herself. Even though Dominik has not been able to escape recreating iconic scenes from Monroe’s life and films, De Armas does not fall into any gestural cliché that is commonly attributed to her character.

The Cuban actress builds a woman, an actress, until inevitably she cannot escape from the construction of the victim, because while she tries to recreate Norma Jeane, the director and screenwriter, together with the photography and editing, overexploit and victimize Marilyn.

A classic example of this imbalance between character construction and plot composition is exemplified by the staging and presentation of the male characters. The actress’ couples, managers, producers, all are presented under a breath of mystery, which far from showing them as part of that system of perpetrators who contributed to the mistreatment of the actress, seem as they are just “shadows” within their personal hell.

The level of moral superiority that photography in the film grants them is classic of a masculine gaze that seeks to immortalize them in their professional roles and distance them from their moral implications in the life of their partner. Thus, we have baseball player Joe DiMaggio (Bobby Cannavale), who is just a “family man,” who resorts to physical violence towards the actress, but the only thing he intends is to “protect her.” The composition of the scene of physical violence by DiMaggio towards Marilyn is a classic reflection of how cinema has been building the superiority of male characters over female ones.

The scene in which Cannavale remains standing, while De Armas, from the ground, exclaims that it is “her fault,” indicates a relationship of strength in which non-traditional models of affective relationships, such as threesomes, are being criminalized dramaturgically, and at the same time it is completely obviated that Marilyn Monroe, the film’s protagonist, is also being a victim of physical violence, of pornography-revenge.

The victimization from which the film suffers is exposed very clearly in this plot arc, since not only has the female character been beaten, judged, but she has not even been the subject of the transaction of revenge. Her former friends and lovers Cass (Xavier Samuel) and Eddy Robinson Jr. (Evan Williams), summon her husband, DiMaggio, to start the blackmail for the topless photos, not of the actress, but of his wife.

The rationality with which the character of Arthur Miller (Adrien Brody) is constructed is opposed to one of the most sentimental moments of the Marilyn/Norma character. There is another key scene in this fictional period of the film to further emphasize the victimization of women. Marilyn is out in the garden picking some flowers and as she talks to her unborn child, what could have been a fully functional scene illustrating the star’s difficult road to motherhood is augmented by a soundtrack and the generation of a fetus by visual effects that highlights and contradicts the idea illustrated at the beginning of the film: the difficulty that it represented for the actress to have an abortion, in order to prioritize her career.

A general reading of the film’s text, in which this visual resource of the unborn fetus appears on more than one occasion, could indicate a marked position against abortion, which at the present time when this issue is found throughout the world and specifically in the United States, it does more harm than good to the off-screen context.

In the feature film, the only male character who is tried to be put “in crisis,” or at least to recreate other versions of him, different from the idealized ones, is “The President” (Caspar Phillipson), in a clear allegory to U.S. President John F. Kennedy. But, once again, the desecration attempt fails.

To achieve the spirit of criticism and review of historical situations or moments that the film tries to suggest, the female lead character should be the subject of the actions within the scene, as a way to analyze the construction of the historical character as an object, which does not happen in the sexual encounter between Monroe and Kennedy recreated in the film.

Blonde is a bumpy film in its post-production due to the differences between the director and producers in terms of subtracting or leaving scenes, duration of the film, among other elements, and this is how it is felt in the final product. Dominik tries to leave the biopic behind, but gets into other, much worse clichés. Differences in the development of the character versus the plot also lead to aesthetic dalliances and the use of resources that are not well justified in the film, such as the passage from color scenes to black and white scenes.

Ana de Armas makes an effort to make Norma Jeane see in perspective what Marilyn Monroe was: her salvation and her jailer, however, it happens that this search must take place in hackneyed scenes, where she should have been the protagonist and subject of action and ended up being one more ornament of the movie set.

Perhaps this is a bit of the curse of the actress turned myth. Marilyn Monroe tried time and time again to escape from her platinum hair to meet her rebellious redhead, she fought with all her might so that her characters would be separated from the inert diamonds and silks that dressed them, and even today there is no one in the horizon who can recreate and honor cinematographically in all her complexity the person turned into a myth.

Investing to produce cement in Cuba: therein lies the dilemma!

Padura in the Borges room: “It’s not fair that we live with more fear than we should”