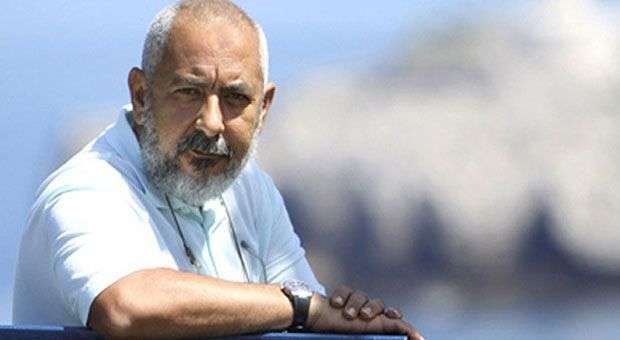 “A cinematographic project is complex, it is not the same as an editorial process, you cannot imagine how hard it is” told OnCuba writer Leonardo Padura Fuentes (1955), who since 1999 caressed the idea of taking to the cinema the stories of his famous character Mario Conde.

The film Regreso a Itaca, by director Laurent Cantet, will be premiered this month in the Film Festival in Venice. The movie is based on a passage from La novella de mi vida, one of Padura’s most popular pieces.

It deals with topics such as fidelity, friendship, love, hate, betrayal, fear and disappointment. The story takes place in locations in Centro Habana, with the Cuban Malecon as backdrop. Thus Cantet and Padura tell the story of Amadeo, who left from Cuba when migration laws were very different, something they tried to move to present day, they both stated.

“It is specifically about the chapter on the reunion with the island by a Cuban who migrated to Spain and decided to return 15 years after. I think many people are going to enjoy this film because it will identify my contemporaries. It tackles the issues we had to go through back then, issues that left a mark on us. It is the story of a broken generation, a real chronicle of survival”, pointed out the author of El viaje mas largo.

In this film Itaca is in Centro Habana. Cantet and Padura had previously worked together in the full-length film Siete dias en La Habana.

After being screened in the oldest cinematographic contest in the world, the film will be displayed in Toronto and San Sebastian. Later, by the end of October, it will be premiered in France, Great Britain, Italy Spain, Portugal, Greece and Brazil; and by December it will be exhibited in Havana on the occasion of the 36th New Latin American Film Festival, as stated by Padura, who is working on the promotion of his latest novel, Herejes (2013), published by Tusquets.

It seems this will be a fruitful year for the writer as to taking his books to the cinema. He told us it all started by the late 90’s when a Spaniard showed up at his house after reading Pasaje de Otoño with the idea of making a movie out of it.

“That project was postponed and the books, future films, were presented to Italian, French, Danish producers among others who expressed their interest. Nonetheless, a cinematographic project is very complex and many things happen along the way. It is not the same to publish a book than writing the script for a movie. The cinema is very expensive as you already know. For instance, I recently published a book in Bulgaria and it demanded a small investment; if it would have been a film on one of my books it would have been highly expensive. Literatureis one thing but taking it to the cinema is something else. Yet, I feel satisfied and honored as creator for the opportunities to appreciate my works from such interesting perspective”, Padura said.

He, who is also a critic and a journalist, signed an option agreement with renowned German producer Peter Naderman, from Torsasol films, to take to the cinema some of his works.

“El hombre que amaba a los perros¨ is still under negotiation process and it seems it will be shot with French Francis Jean Jabiband Phares et Balisess production company”, he explained.

Padura and his wife, scriptwriter Lucía López Coll, prepared the scripts for a series for the Spanish television, based on his first novels written between 1991 and 1998. “We think this is a project that will bear fruit. It includes four television movies, each one of them of about one hour and half minutes long. The first one to be premiered will be Vientos de Cuaresma”, they announced.

“It is gratifying and flattering the fact that foreign filmmakers get interested in the stories the Cuban literature has to offer”, Padura added. Nevertheless, I wish it our filmmakers would have come out with this idea.