Cuba in the International Festival of New Latin American Cinema 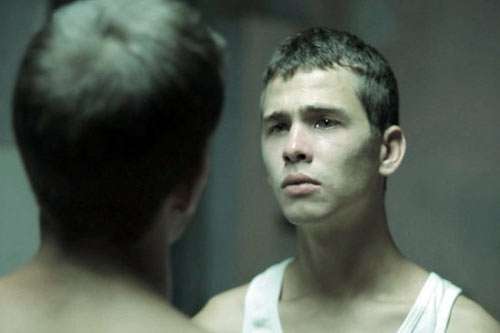 Cuban cinema is delighted by these days due to the 34th edition of the International Festival of New Latin American Cinema. Every Cuban moviegoer expects this moment to appreciate the diversity and quality of more than 560 works from 46 countries.

Cuban cinematography occupies an essential point in the festival; it is always in the sight of any curious spectator who wanders around any of the arteries of the festival circuit. This time, the island has a selection that is characterized by the presence of young filmmakers and the addressing of certain social issues in today’s Cuba.

In the full-length feature section is ¨Irremediablemente juntos ¨ by Jorge Luis Sánchez . This is a film that focuses on the love affair of two young people who must face racism, misunderstandings and prejudices of their own families to be together. ¨Se vende¨, is the third film of Jorge Perugorria and tells a black humor story starring Daylenis Fuentes, Jorge Perugorria, Yuliet Cruz, Mirtha Ibarra and Mario Balmaseda.

Another Cuban director, Daniel Diaz Torres, brings to the audience a story that combines the expectations of a woman, her dreams of becoming an actress and the world, not so happy, of prostitution. "It has to do with the concept of prostitution, which is not only a problem of sexual intercourse, as sometimes we handle it.", stated Diaz Torres to Cubacine website about his film, ¨La película de Ana¨(Ana’s film).

In the category of debut, alongside ¨Penumbras¨, by Charlie Medina, also stands out ¨Melaza¨ by Carlos Lechuga. The first one is a work of Amado del Pino´s authorship with a script by Lechuga, where photography and script play an indispensable role in the relationship between a baseball player, a prostitute and an innkeeper. It is a story of failure and frustration, but also of uncertain solutions.

Through this film, ¨Melaza¨, also starring Yuliet Cruz and Armando Miguel Gomez, we proposed a story where frustration has to be overcome: "As the plot unfolds, the characters are like two flies flying around a cauldron of molasses, and while trying to escape, they are trapped around and returning to the beginning unable to escape, "said Lechuga.

In the short and medium-length section, Cuba will present the –winning movie ¨Camionero¨(Trucker) by Sebastian Cordero, ¨Lavadora¨ by Yoel Infante Corbacho, and ¨Los anfitriones¨ by Miguel Ángel Moulet, which was chosen this year to compete in Cinefundation section at The Cannes International Film Festival.

Cuban documentary will also be present. In this category they have ¨La Certeza ¨ , by Armando Capo, which dwells into the underlying motivations of faith and human existence. Along with this, are ¨Awairy¨ by Valeria Ariñez;  ¨El Evangelio según Ramiro¨ by Juan Carlos Sáenz de Calahorra; ¨Escenas previas¨ by Aleksandra Maciuszek; and ¨De agua dulce¨ by Damián Saínz.

¨La luna en el jardín¨ by Yemelí Cruz and Adanoe Lima, which is based on the book  ¨ Jardín¨ of Cuban poet Dulce Maria Loynaz , and ¨Lavando calzoncillos¨ by Victor Alfonso Cedeño wil compete in the Animation Contest.

Finally, in this festival, Cuban movie will present five screenplays, among which stands out the ones from Abel Arcos and Esteban Insausti. Cubans will also be competing with six posters.

This festival, with a long history and a great following by the Latin American and Cuban public, seeks to crystallize again ties between different aesthetic of the continent. Apparently, let’s not forget that cinema is also young and thoughtful.

The first woman and Rothbart the malician

The first woman and Rothbart the malician

The human investigations of Fabelo