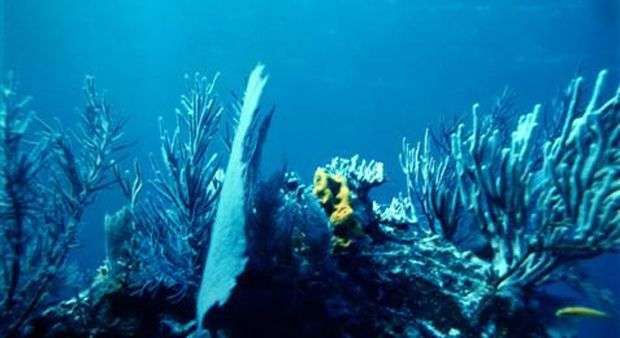 In addition to the world-famous image of Che-that is entitled Heroic Guerrilla and is considered by critics as one of the most famous in the history of photography with others like Marilyn Monroe by Philippe Halsman and Kennedy , authored by Cornel Capa-, Alberto Diaz Gutierrez (Korda) captured with his lens the natural resources of the Caribbean Sea.

His daughter and heiress, Diana Diaz Lopez, says that after taking pictures underwater for the first time, his father was so enthralled that he spent over ten years at that side. “He said, ‘I do not understand why man wants to know the moon if you still do not know what exists under the sea”, and therefore was determined to unravel the mysteries of the deep sea. This hobby began in the summer of 1963 when, as a photographer of Fidel Castro, they went together to try a camera that the leader of the Revolution had given him. I’d never done this kind of pictures but ventured and discovered a fascinating world. “

Years later, after leaving the photojournalism, Korda was one of the founders of the Department of Scientific Photography of the Underwater Institute of Oceanology of the Academy of Sciences of Cuba, where he did much of the snapshots that make up the Al fin… el mar exhibition of digital photography until August hosted by the Hall of Diversity at the historical Center of Old Havana, located in the headquarters of the “Heritage, Community and Environment”Civil Society, in the Amargura street between Mercaderes and San Ignacio.

In this new room, only one of its kind in Cuba, images in which it seems that corals and fish that posed for Korda are shown. “A photographer must always” live in “and pick the right time,” he said in an interview a few days before his death in Paris. In addition, “must see what is invisible to the eye, said in the documentary Simplemente Korda by Roberto Chile, also projected on one of the screens of the exhibition.

Curated by Lesbia Vent Dumois, design by Pepe Nieto and soundtrack by José Victor Gavilondo, At last … the sea is also as attractive multiple frames where the artist appears with Fidel and his fellows of the Institute of Oceanology in a working frenzy. Indeed, “the exhibition is a tribute to all the people who developed this work with him to record the underwater flora and fauna. At present it is very easy to do, but in those years of the last century 60 ‘they were initiators of a tradition and put their lives in constant danger because they didn’t have the necessary equipment and technology. These pieces have value not only for what they show, but also because they keep the story of a period where the strength of will and love were the driving motors, “says Diana Diaz, who will soon travel to the U.S. to expose fashion photography to also be devoted to his father, “a great admirer of women.”

After a long process of preparation, which included the development of many of the photos now on display, the heiress of Korda is happy to present an unknown facet of his father’s work and show, that way, in homage the 85th anniversary of his birth-the variety of its creation. “The photo of Che made ​​him famous but also enclosed him and he did many other things that fans of his work will enjoy meeting” she says.

A copy of the Atlas of Cuban coral, in which the artist collaborated actively making is exhibited to the audiences at the Diversity hall, a space where images, some of them unpublished, warn us that Alberto Korda also found models at sea.

Marina Ochoa: “The Cuban cinema does not need paternalism”