OnCuba
in Politics in Cuba
0 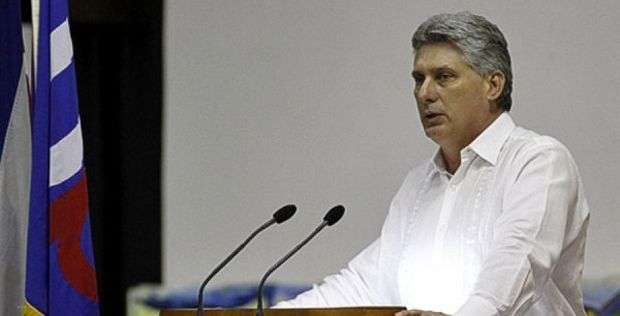 On July 14, at the Havana’s Conventions the IX Congress of the UPEC (Union of Journalists of Cuba) concluded with broad national impact.

The First Plenary Session of the National Committee on the eve of the event, elected the organization’s president by direct and secret ballot, Antonio Molto Martorell and as first vice president   Aixa Hevia Gonzalez. Also were elected as vice presidents Belkis Doval and Barbara Perez Cruz.

Precisely the two latter ones delivered lectures on Cuban journalism today, its shortcomings, its urgent need for improvement and social and political importance. Both speeches were broadcast in full, on national television during the week.

One of the most common complaints, according to reports, is the essential and rapid implementation of a press law. The Congress ended with the intervention of the First Vice President of the Councils of State and Ministers and Politburo member of CPC Central Committee, Miguel Diaz-Canel, who seems truly focused on solving the key points of national journalism.

Diaz Canel himself met a day later, on Monday, July 16, with representatives of the Cuban ecumenical movement in the seat of the Council of Churches of Cuba (CCC).

According to the Juventud Rebelde newspaper, both sides welcomed the possibility of exchange, which highlighted common themes such as the defense of the values ​​and the importance of family. In this regard, Diaz-Canel stressed the need not to see prosperity just as economic development. The material improvement does not automatically lead to the restoration of the values, he ​​stated.

For his part, José Ortega Dopico, CIC President stressed the need for a prosperous socialism and recalled the support of his institution in various struggles of the government, as the return of Elian Gonzalez.

In matters of greater interest, Diaz Canel said, referring to the updating of the Cuban economic model, which now it comes the most difficult stage, with the corresponding elimination of the dual monetary and exchange policies,   reform of wages and prices, and actual efficiency the socialist state enterprise.

As another example of relations between state and religious bodies, it is worth mentioning that on Wednesday arrived in Havana the twenty-fourth Caravan of United States-Cuba Friendship, by Pastors for Peace.

Caridad Diego, member of the Central Committee of the Communist Party of Cuba and head of the Office for the Attention of Religious Affairs, received at the international airport José Martí  the forefront of the seventy-two members of this year.

According Gail Walker, co-director of the Caravan and daughter of the late Reverend Lucius Walker, the group consists of activists from Canada, Mexico, United States and Europe.

Activists bring drugs to which the Cuban government cannot access due to the economic embargo of the United States, as well as working tools meant for Santiago de Cuba, still unrecovered after Hurricane Sandy, last year.

Among the commemorative dates that this Caravan visit aims to honor, are the anniversary of the speech “I Have a Dream” delivered by Martin Luther King, leader of the civil rights movement in the United States.

According to the Cuban News Agency (ACN), the reception of the members of that organization was also attended by Reverend Raul Suarez, director of the Martin Luther King Jr, and Estela Hernandez, pastor of the Karen Willian Baptist Church of Havana.

A brief commotion occurred in the international community on Tuesday, with the detention in the Panama Canal of North Korean ship Chong Chon Gang, with the flag of the People’s Republic of Korea, from Cuba.

The vessel contained, in addition to 10 000 tonnes of sugar, “240 tons of obsolete defensive armament-two complexes Volga and Pechora anti-aircraft missile, nine rockets in parts and pieces, two Mig-21 Bis aircraft and 15 engines of this type of aircraft , all manufactured in the middle of the last century, to be repaired and returned to our country. ”

The note published by the Ministry of Foreign Affairs (Foreign Ministry), explains that “the agreements signed by Cuba in this area are based on the need to maintain our defense capability to protect national sovereignty.”

For its part, the international press reported that “the ship never entered the channel. Panamanian authorities boarded her as she was waiting her turn. “The Panamanian President Ricardo Martinelli has visited several times the boat, but the seriousness of the issue was not so much as expected.

Right now, the crew of thirty-five of the Cho Cho Gang are held for having resisted the boarding of the ship and have obstructed the inspection. For the anecdote is that the captain of the boat took a knife to his throat and attempted suicide.