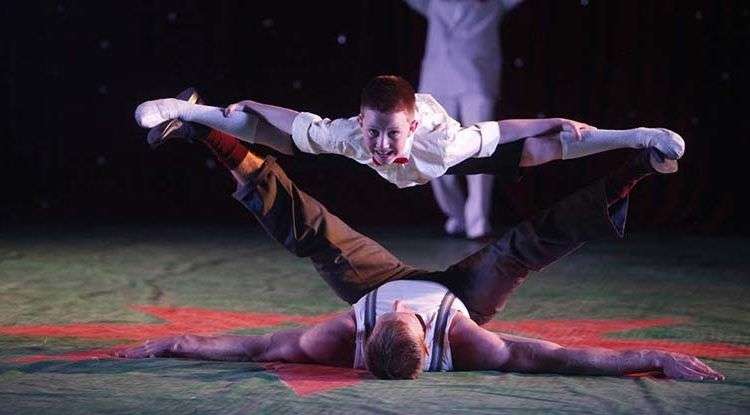 Still not a month has gone by from Vladimir Putin´s visit, and now the greatest circus of Russia and the world is here, the famous Rosgoscirk, which, by the end of next August will fulfill 95 years of existence. They didn’t bring lions or bears, but their presence is seen here with great expectation by those who once enjoyed the monumental Soviet circus…

“Nothing is impossible. Difficult yes, but not impossible, ” director of the Russian State Circus Company, Vadim Gagloev, told OnCuba when asked what are the chances that he brings the entire show, with animals and all.

“The main issue would be transport, ensure that the animals do not suffer and to conform to the Atlantic crossing. It would be something that would take a survey, but I hate to give up too soon, “said Gagloev, who said he was proud to be a jury member at the international festival Circuba-2014 on his first visit to Cuba.

He didn’t rule out either the eventual hiring of Cuban artists in Rosgoscirk, which respects the circus tradition of drinking from multiple cultural sources; put together a show from numbers learned through exchange with “trouppés” in different countries. For example, the Sebastopol show includes artists from Germany, Hungary, Belarus and Italy, besides the Russians.

For now, negotiations already began with the Cuban Circus School to increase bilateral cooperation and academic exchange, equal to that performed for three years with Peru, Ecuador and Colombia. “These countries are close … why should we not do it in Havana?” He said.

The Rosgoscirk made ​​more than six thousand performances last year, involving more than a thousand artists and as many other animals, but in Havana will only act acrobats Viacheslav Spirin and Stanislav Kotelnikov, two former gymnasts experienced in the Cirque du Soleil that feel happy to be part of this milestone.

Both are proud to perform here, because as artists and as individuals they find Cuba an interesting destination, its people and the common past with Russia. “Language has not been a problem, we communicate perfectly with our Cuban colleagues, because we speak the common language of the circus”, Kotelnikov, said, outgoing and smiling.

For now, there is great expectation in Cuba to see again the Russian artists, and actually lasts a historical gratitude among their Cuban counterparts, which admit without trauma that they owe much to the teaching of those Soviets who made ​​us forget the lions without teeth in our countryside, and showed us a real circus.

Soccer: Panama and Guatemala will play friendlies against Cuba