Alejo
in Technologies of Communication and Media
0 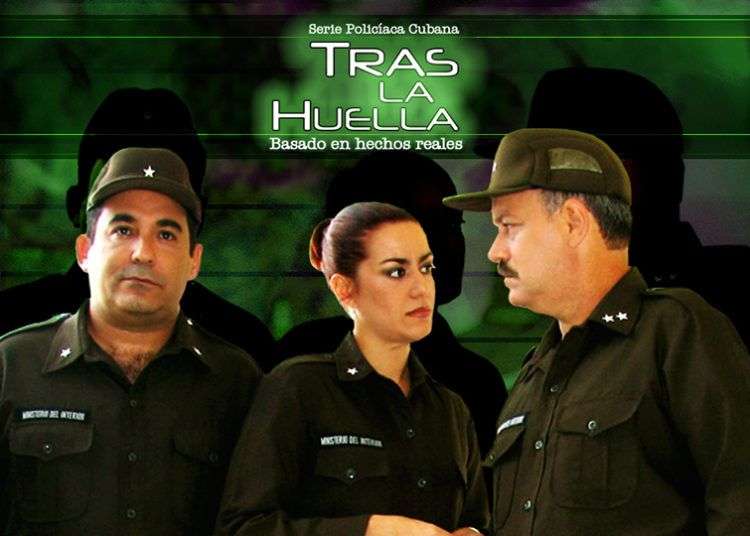 I don’t like the Cuban detective television show Tras la huella (Chasing crime). During its broadcast on Sunday evenings I change the channel, but then there is Telesur, which I don’t like either, and I have to go back to the detective television show on contemporary deeds of the authorities like for instance, dismantling an “underground network” of young people who program software for a foreign client. Such networks are so underground that even some press media have reported on them.

The difference lays in the fact that they are above board. The usual: some guy with a permit as PC Programmer and a group of people hired dreaming about being part of a self-employment cooperative… It is all legitimate. However, one of the broadcasts of Tras la huella portrayed a simple business without permits as a terrible threat to our economy and as suspect of subversion (because what are they loading in the web…?) and even pornography because it involves young people and computers.

There used to be a similar TV show called Dia y Noche (Night and Day), which was more fun and was better produced. Now the actors, who are excellent actors, seem to be at the puppets theater performing in front of the cameras for smart adults, who also watch CSI, criminal Minds, etc.

The last broadcast of Tras la Huella dealt with corruption. A group of workers from a municipal venue of the Ministry of Labor and Social security (MTSS by its acronym in Spanish) were cashing dead people’s pensions or created false identities for that purpose. Even a worker who had nothing to do with that, but knew about it, was sentenced to five years imprisonment! If it is so with a few retirement pensions –that only suffice to buy a good coffee pack at stores in Cuban convertible pesos (cuc)—then the official who illegally acquires a considerable amount of money should get at least two or three life sentences.

A friend of mine says the broadcast is not that faithful to reality; it is screened like that in order to “educate the population” (he used a different line) in the “art of denouncing corruption” (he used a different line too). He also affirms that “people would rather sympathize with criminals than with the police”. He is right: the character who knew about the crime but didn’t report it to the police was a completely unhappy person who even advised her colleagues to stop.

“Now you tell me, my friend, do things like this happen in CSI?”, he asked me. They don’t, not even when the criminal acted in self-defense. Scriptwriters always shape the argument so that spectators feel aversion for the crime and sympathy with the law; it is actually educative. Stories told in CSI convey a humanity that has been so far absent in Tras la huella.

In this Cuban TV show, people resemble programmed machines regarding their sense of duty. Any attempts to improve the script areas forced as the failed secondary plots on love relationships among the law enforcement officers. Tiredness is the most human element I have been able to find in this TV series. Please, forgive me but it is not good at all.

The arguments for this show don’t need to be about small businesses without permits and municipal corruption. I think on the shot boxer Julio Cesar la Cruz got, just to mention an example among the scarce number that are published by the national press. I think a show on the attack to a live and super strong sportsman would be a total hit. Fortunately, (and here goes a small kiss for the press…!) the Cuban press is starting to show information symptoms… More is said today about traffic accidents and cases such as J C la Cruz, so these kinds of TV series could keep up.

It is said (I have no proof of that) that Tras la huella has a greater audience rating than Vivir del cuento, a special humor TV show by the Cuban television, but I don’t doubt that if they keep producing lousy shows the rating will vary.

For now, my neighbor John Doe announced he will definitely chane the channel: he went to the police to denounce a couple of con men that had bought his camera with 200 false cuc, and the officials asked him if he had the permit for selling cameras…

And so happened ever since Jane Doe –who took a close look to the camera of the criminal who snatched her gold chain—wanted to make a photofit picture and was welcomed at the police station with this delicate line: Ma’am, you are watching too much Dia y Noche!