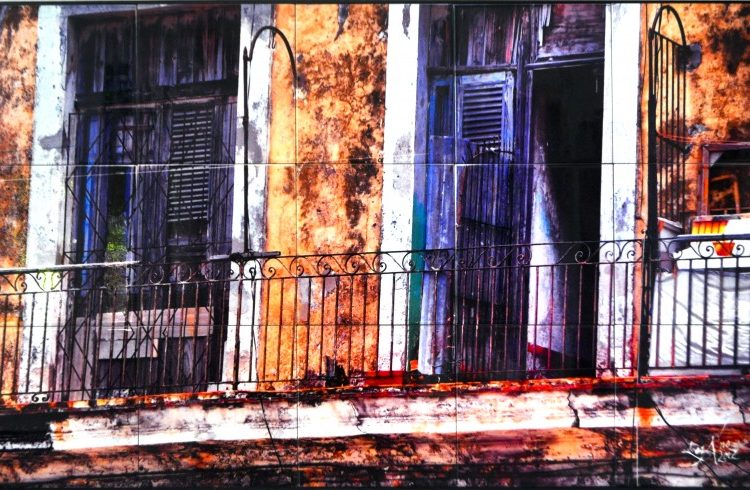 Photos: Courtesy of the artist

LezKno says the most attractive aspect of photo-ceramics is “enjoying the whole process,” because it is more than just snapping a photo; it is combining photography with the skilled work of transferring images to ceramic. “It is manual, artisan work, not serialized or automated as many believe, and it’s done tile by tile,” he explains.

Photo-ceramics is “a very complex process at every stage. It requires sacrifice, long hours of work, possible mistakes or interruptions, and moreover, it involves the most artisanal aspect of ceramics, screen-printing, and other techniques. All of that makes it possible to take the artistic and creative level of the work to a higher level,” the artist told OnCuba in an interview. 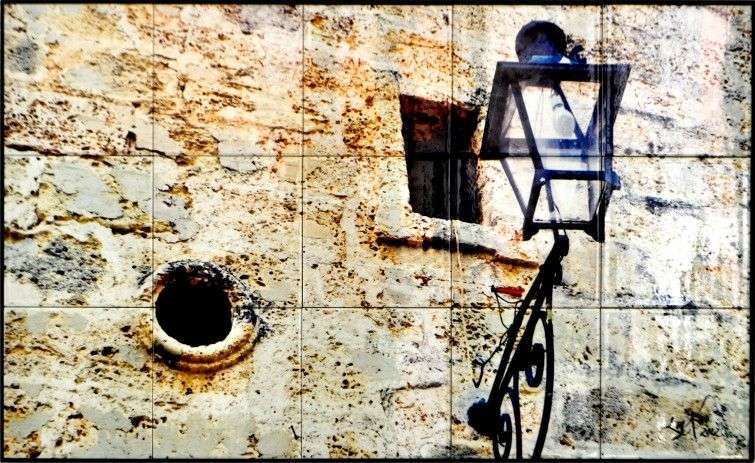 He is holds a degree in legal sciences from the University of Havana and a master’s in information security, but from a very young age, Yasser Lezcano has had an inclination for the fine arts. Nevertheless, he says, his training as a lawyer and computer specialist is a “tool” for his artistic trade. “Without a thorough knowledge of the new technologies, I would not be able to do this work. Unquestionably, computer science opened the door for me, and law made my life easier from another perspective.”

Art is something hereditary for Yasser: his grandfather, Fernando Lezcano Miranda, was an outstanding photojournalist. Thanks to the elder Lezcano, a photo exists of Rafael Trejo, a young man murdered in 1930 during student uprisings against the Gerardo Machado dictatorship. While Yasser did not know his grandfather—who died at a young age—it does “make him proud” to know he was celebrated, and that “he approached artistic photography with an unrivaled elegance; he explored landscapes, nudes, and even painted photography, given that color film didn’t exist in his time.” 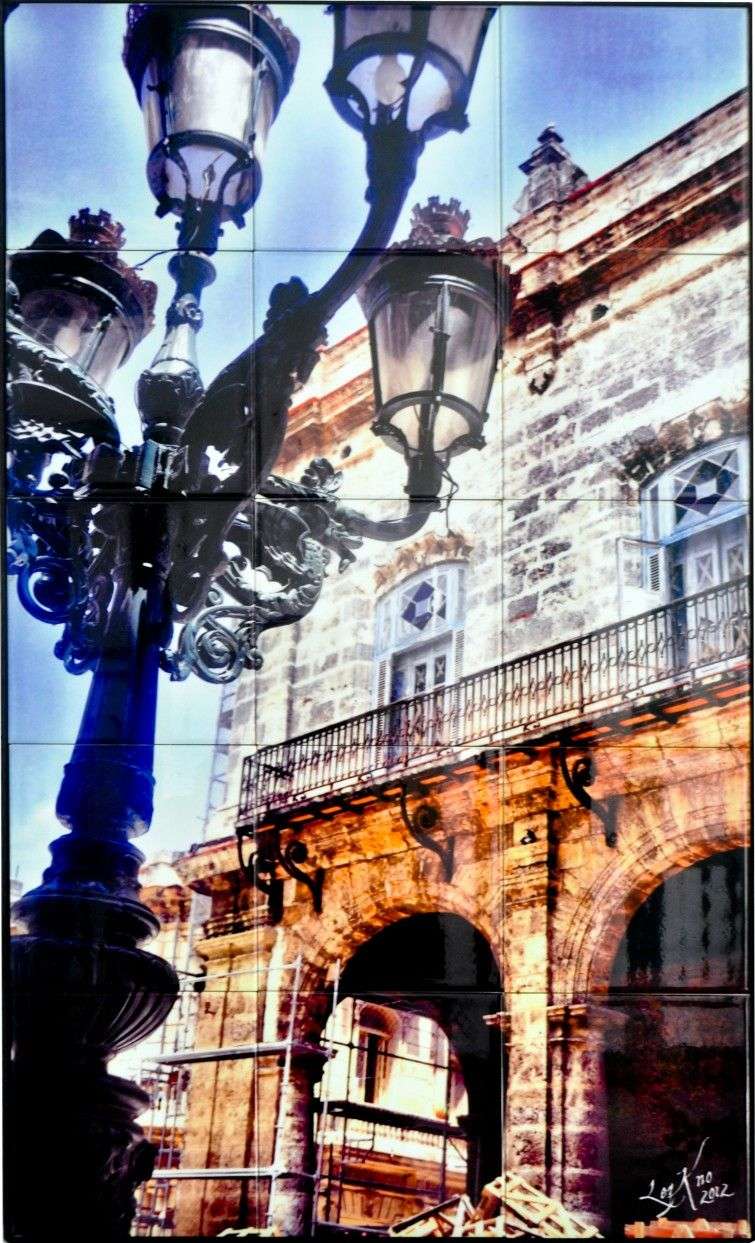 The younger Lezcano is interested in trying his hand at a variety of genres, such as urban and rural landscapes, female nudes, architectural photography, and flora and fauna, as well as reflecting the everyday lives of Cubans. Being a history buff, he also enjoys reconstructive photography—recreating eras, celebrities, and key moments of human history. “I’ve had the opportunity to go deeply into that subject, and I have a great memory of what I think has been my best mural work so far. It’s dedicated to our national hero, José Martí and titled Dicha grande (Great happiness), and I would love to exhibit it in Tampa, by the way, because of the close relationship that our national hero had with the tobacco workers of that city in western Florida.” 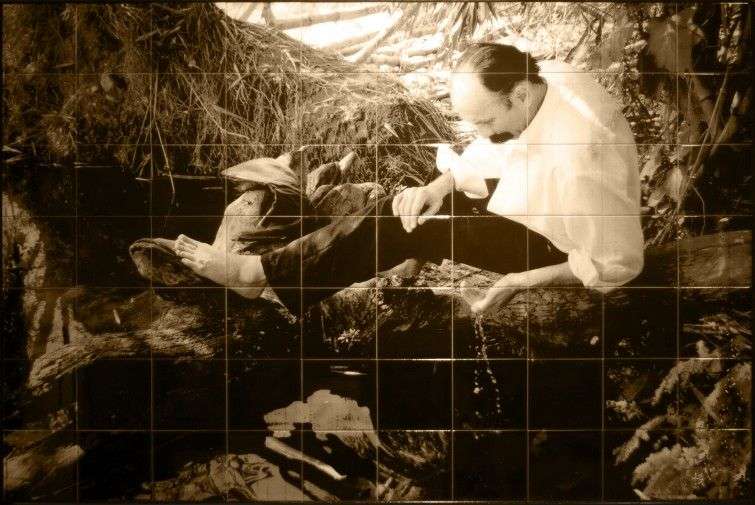 These days, Lezcano is in Panama, where he has built “strong ties” with various galleries and other spaces for promotion, and where, in addition to holding a number of solo shows, he is “developing a line based on the production of household items using the photo-ceramics technique; for example, for personalized bathrooms and kitchens, furniture, and other formats.” With this experience, he says, he wants his art to take a bit of a distance from the traditional circuits involving galleries, so that “a work of art will reach ordinary people, but in a very practical way.”

In addition, Fotocerámica LeZkno is aiming to grow its markets, including in the United States. “People in the United States have shown interest in the production of our murals and household articles, and I’m happy about that, but I’m very clear on the idea that I will always defend the artistic essence that, I believe, is what makes us different.”

Years ago, people called him “crazy” for leaving a comfortable job behind to devote himself entirely to photography, he says. “I have no regrets about making that decision, because I still have my dreams, although with my eyes wide open. That’s what Fotocerámica LeZkno is—a dream to be shared.” 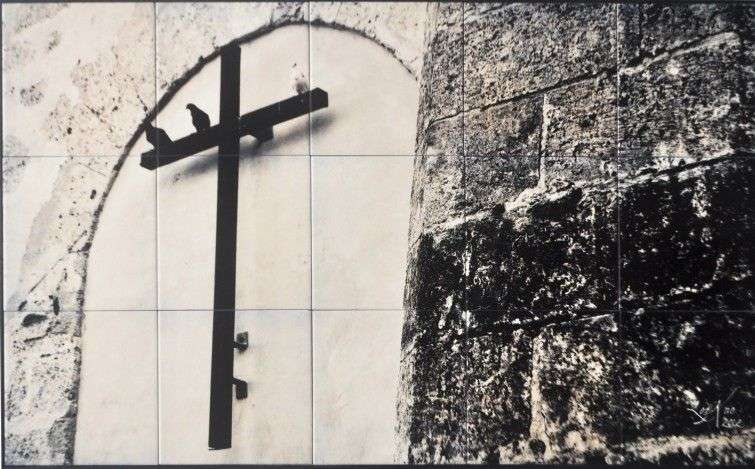 Cuba and the Major Leagues