by Leyda Machado
in Culture
0 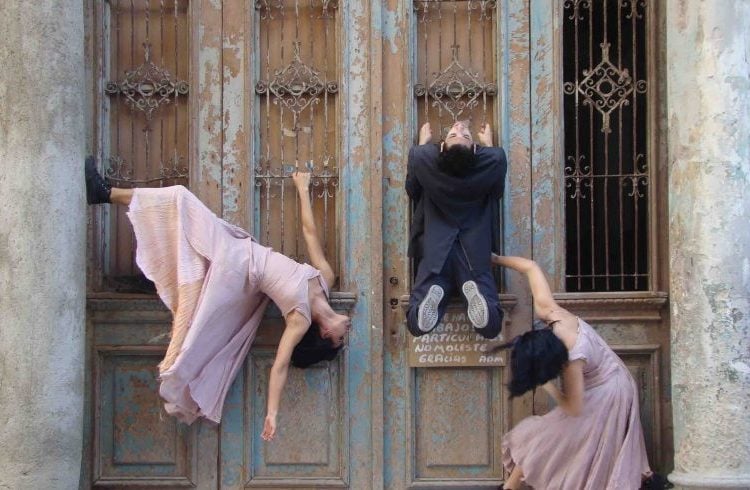 Dancing in the streets, on the cobblestones, taking a look into a house and embracing the people with dance is the purpose of “Habana Vieja en Movimiento” (Old Havana in Motion), a project that last night inaugurated in the Historic Center of Havana the 22nd edition of the Urban Landscape International Dance Festival and the 12th of the Havana Dance. Motion and City Videodanza Festival, two parallel events that are taking over diverse spaces in the capital from March 29 to April 2.

“We are interested in unusual things happening. The entire historic center will have surprises. There’s a part of the festival that cannot form part of any structure: it is the daily show, the life of the people passing through the streets that we want to surprise all the time,” said Eugenio Chávez, general coordinator of the event.

In streets like Mercaderes, Oficios and Obrapía, many of the guest artists will make at any time in the day urban interventions, performances and choreographies not included in the program. For Isabel Bustos, director of the company Danza Teatro Retazos – the event’s organizing group – the challenge and driving force of Retazos lies precisely there: facing a wall, a window, a balcony, a door and improvising a show. 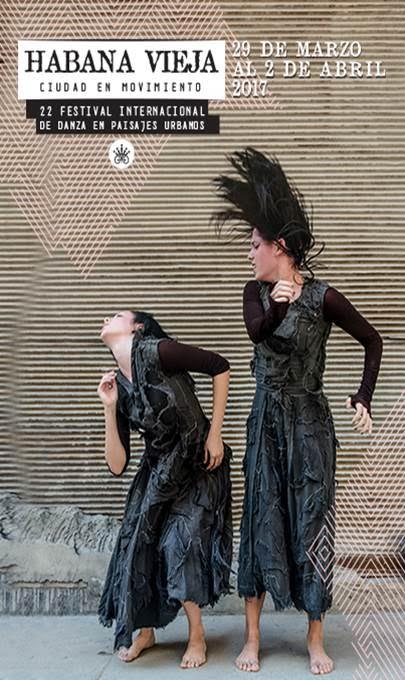 “It’s interesting because one has to think, one has to move and, at the same time, say something. That makes us feel alive and allows us to always create expectation,” said Isabel, who apropos the 30 years of the company will present during these days of the festival a balance of Danza Retazos with fragments of the works they have performed during their three decades. The company inaugurated the festival yesterday night in the Plaza de Armas.

With a representation from more than 15 countries and 40 national groups the festival will move indistinctively between its venues. As a daily general structure, the workshops and master classes will be given from 10 in the morning to 3 in the evening in the venue of the Retazos company. Starting that time the passacaglias will start in the city and they will have the Plaza de Armas as the point of departure, and afterwards, the presentations in closed spaces will take place in the Benito Juárez Museum House at 6:00 p.m., in the Osvaldo Guayasamín Museum House at 7:00 p.m., in the Africa Museum House at 8:00 p.m. and in the headquarters of Danza Teatro Retazos at 9:00 p.m.

“These festivals are very complex, but in the end a great deal of ourselves is left in the streets of Havana,” says Isabel Bustos, who has been able at the head of Retazos to add more than 1,000 artists with the aim of assessing the city, its architecture and its history: “This year there’s a lot to see,” Isabel adds, “because the festival is not only dancing, but rather it includes workshops, master classes, lectures and passacaglias, an entire explosion of the art of dance.”

During these five days of the festival Cuban dance will be represented by A Compás Flamenco, Grupo Gigantería, Ballet Bertha Casañas, among other groups of the country like Danza Espiral, from Matanzas; the Conjunto Artístico Arlequín, from Camagüey; Danza Fragmentada, from Guantánamo and Danzaire, from Pinar del Río.

Moreover, artists from 15 countries have arrived in Havana to present their choreographies and to give workshops and master classes, such as the Haber Project (Havana-Berlin) from Germany – who work the hip hop and street dance -, Maga Polonia from Argentina, the Irene K contemporary dance company from Belgium and the Compañía de Merecumbé from Costa Rica, with a repertoire of folk music and traditional dances from that country.

The Havana Dance. Movement and City audiovisual festival will take place parallel to these presentations. This event has joined the Urban Landscape International Dance Festival because, as Eugenio Chávez explains, “Old Havana City in Motion is the mother and the father of a great amount of projects that have developed in it.”

The dance-related audiovisuals will be presented in the Dance Center of Havana, the venue of Danza Teatro Retazos, the Center for the Development of Visual Arts, the Lumiére Movie House, the Alicia Alonso Grand Theater of Havana, the Factory of Cuban Art, the Plaza Vieja and La Sala de diversidad. The sample of videos “Parallel Natures,” which deals with the question of diversity based on different aspects, will be exhibited in the latter every day at 4:30 p.m.

Other special presentations complete the event’s program, where music and graphic art also play a leading role. Thus today Thursday March 30 at 7:00 p.m. will see the inauguration of the exhibition “Gráfica Interactiva II” by the Serones group in collaboration with artist Kike Wolf in the Museum of Fine Arts.

Lastly, two concerts by renowned artists will close during the weekend the festival’s collateral activities. In the Theater Hall of the Museum of Fine Arts, Cuban singer-songwriter Pedro Luis Ferrer will perform on April 1 at 7:00 p.m.; while Julia León, a Spanish singer of Sephardi music, will give a concert accompanied by violinist Isadora Cruz on Sunday April 2 at 6:00 p.m.

For this occasion León has prepared a repertoire of her own songs, and with some verses by Catalonian writer José Agustín Goytisolo she launched in a press conference her invitation to the festival: “Take to the streets! Its already time/ to walk wearing nothing and to show that, well, we’re alive, we are announcing something new.”