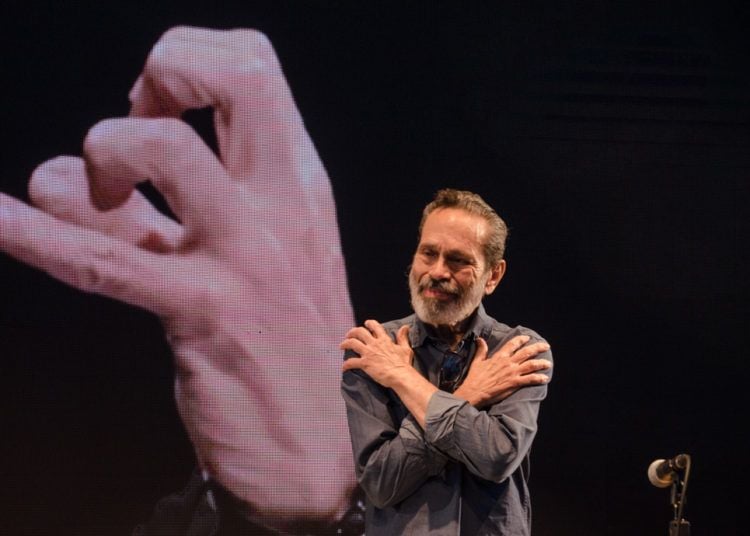 Leo Brouwer, one of the most innovative and lucid creators in the history of Cuban music, is celebrating today his 82 years with the satisfaction of having forged a work that distinguishes the culture of his country worldwide and that has promoted the development of creation on an international scale.

Brouwer, born in 1939 in Havana, has set unavoidable standards in Cuban music both for his work as a guitarist and composer and as a conductor. The musician showed signs that he would be consecrated in the most iconic planes of Cuban music since in the last part of the 1950s he gave shape to “Preludio en conga” and “Danza característica,” two works that would envision the composer he would be.

Countless pieces signed by Leo placed him at the forefront of his time and anticipated the different ways of interpreting the music that would come over the years. An example: Brouwer took charge of the ICAIC’s Grupo de Experimentación Sonora (GES) at the end of the 1960s and summoned a group of young musicians who, like him, were eager to give shape to new sound concepts that finally expanded the culture of the country, although, at the time, they were not sufficiently valued.

In a time of volcanic changes in music and full of sound experiments within popular trends worldwide such as rock, pop or folk rhythms, this group, born under the watchful eye of Alfredo Guevara, shared the podium from Cuba of one of the most revolutionary concepts of an era that would definitively mark universal culture.

More than five decades since the founding of the GES, all the work of Brouwer and the musicians gathered in the GES should be ranked in their exact place, especially this year with the 50th anniversary of this collective advance of creators placed themselves at the forefront of the different areas in which they would later begin to perform. Just to mention a few names, there is the work of Pablo Milanés, Silvio Rodríguez, Noel Nicola, Sara González or Eduardo Ramos.

Brouwer has always had the gift of versatility, of permanence. His work in cinema, among other manifestations, has been a vital accompaniment in films such as Lucía, Cecilia, and Memories of Underdevelopment, whose soundtracks have been some of the fundamental plots of films that, like Brouwer’s work, relate memorable passages of Cuban history.

As a guitarist, composer and conductor he has been a musician whose mere mention equally arouses admiration and respect on the international circuit. In fact, thanks to his convening power, it has been able to bring to Havana outstanding names of universal sound creation who have performed for Cubans in the different versions of the Leo Brouwer Festival, an event that also attests to the social vocation of this Cuban, who has also become an indefatigable cultural promoter so that much of the music that goes unnoticed in the most homogeneous horizons of the industry are known in this country.

In this sense, we must focus on his interest in tearing apart the borders between classical and popular music, something that has been perceived from the very beginning of his career. Leo has never responded to the stereotypes through which some define a “classical musician,” but has applied himself thoroughly to bring these genres to the majority of the public, which has also contributed to his perception of culture as a universe of infinite possibilities.

Brouwer has always been open to inquiry with all the rhythms that can contribute to music and has entered the most remote places where the sound identity of the country beats. Well remembered are the documentaries in which he shows his fondness for the contributions of the rumba to national culture and its international recognition.

The search for diversity has therefore been one of the objectives of this musician who can share a game of dominoes with friends as well as start a passionate conversation with a follower of his work, who obviously number in the thousands.

Numerous are the recognitions he has received all over the planet. Brouwer has been a regular presence at the Grammy Awards and in recent days he was distinguished by the Latin Institute of Music (ILM) as a cultural ambassador, an award he shared in Havana with pianist Frank Fernández and Los Van Van.

The 82nd birthday of the author of the suite “Decamerón Negro”, an obligatory reference work in the Cuban repertoire, will be celebrated until Sunday with various actions aimed at pondering his talent and his contributions to the Cuban and international sound scene.

But anyone who knows his rituals knows that the best gift Leo will give himself on his birthday is to keep thinking about the work that is to come.