Havana’s ambassador in Paramaribo announced this “possibility” during a meeting with the leader of the National Party (NPS), Gregory Rusland, on the challenges posed by the new coronavirus pandemic and the global economic crisis for both countries. 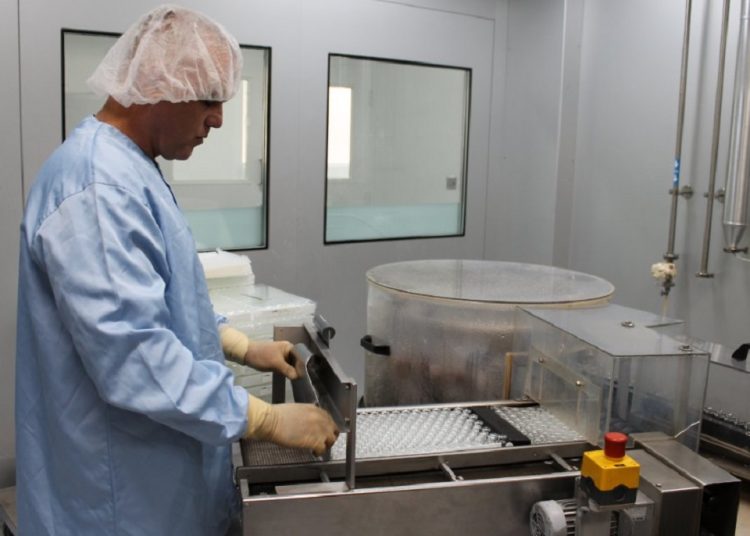 Suriname could receive some of the COVID-19 vaccines developed by Cuba in the second half of 2021, said this Monday’s Havana’s ambassador in Paramaribo, Igor Azcuy.

The Cuban diplomat announced this possibility during a meeting with the leader of the National Party (NPS), Gregory Rusland, on the challenges posed by the new coronavirus pandemic and the global economic crisis for both countries, the Prensa Latina news agency reported.

Last week Azcuy had already been received by the president of the National Assembly, Marinus Bee, to review the status of bilateral ties, medical cooperation and trade relations between Suriname and Cuba.

The island’s ambassador then requested the creation of a parliamentary friendship group for both countries, with the aim of exchanging work experiences, according to the Cuban Foreign Ministry.

Currently, the island is producing on a large scale two of its four vaccine candidates, Soberana 02 and Abdala, which are due to begin their third phase of clinical trials this month.

According to the source, Cuban medical cooperation in Suriname comprises 120 health professionals, 50 of them belonging to the Henry Reeve contingent, who traveled to the country to fight against the pandemic.

Suriname and Cuba have maintained diplomatic relations for more than 40 years and both countries agree on international issues and the regional agenda. In addition, Paramaribo has supported a resolution presented by the Caribbean island in the UN General Assembly that calls for the lifting of the U.S. blockade, Prensa Latina indicated.

Another issue on the bilateral agenda is migration, since Suriname is used by migrants from the island as a country of transit. Last December, the Surinamese police evicted 300 Cubans who had been camped for about three weeks in South Drain, a town in the west of the country, from where they intended to take a boat bound for neighboring Guyana.

Local media detailed that the Cubans hoped to cross the Courantyne River into Guyana to, supposedly, request asylum through the U.S. embassy in Georgetown.

The Guyanese authorities had indicated that the real intention of the Cubans was to use that country as a stopover on the way to their final destination, which would be Brazil.