Life as it is, or a too apocalyptic view 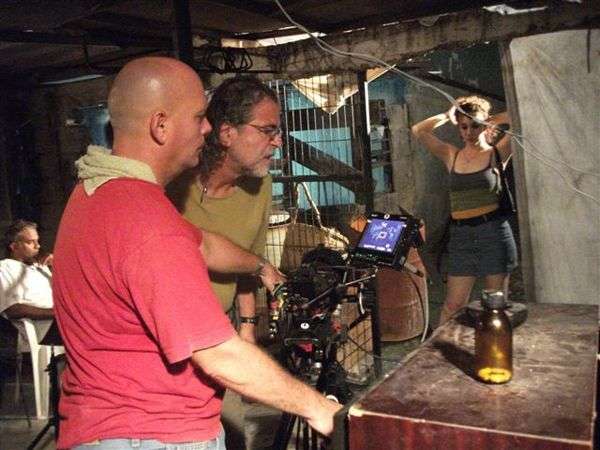 Penumbra is a relief to all who make a living out of writing about films in Cuba. This year, we have been debating between two options: one is not to publish one single sentence on the feature films the Cuban Institute of Cinematographic Art and Industry (ICAIC) and the other is to contribute to the image of sceptical executioner that is frequently associated with film writers. But the truth is, in some very recent Cuban films there has been very little to save, thy even violated some basic rules of film language … well, thanks to Penumbras we don’t need to address that thorny issue anymore.

Or maybe we do have to say that regardless the aesthetics of those other movies (whose name I’d rather forget) there is one element that Penumbras keeps. One element that draws the landscape of an era, of our time, of Cuba … We can guess in the increasingly dark images of recent productions, which in the case of Penumbras are neither reddish or brown, they are black and white. We managed to sniff the decline in the many characters of the end of the world displayed on the screen through this last year; hustlers themselves, but ultimately aimless walkers, who know what they do not want, but they can not find the place that will protect them from the storm.

This is not about a movie or two; it is a trend now, a string of suffocated characters, yet struggling to stay afloat, although uncertainty is eating them alive. We have already seen a few times that ending that director Charly Medina throws on his characters, who rolls the credits in the joyful break that comes from being in the eye of a storm, of a coming problem.

Penumbras spins its story about four characters, two innkeepers (those Cuban motels … those that no longer exist) and a special couple that requires the services of those two: a baseball player and his mistress. Charly Medina was able to twist those creative, somewhat cryptic, dialogues Omar Franco kept repeating in the original play by Amado del Pino. Franco plays now its old character and the other three, more used to the big screen, take his words at times like those coming from a madman, sometimes as from a prophet. Franco’s character, the innkeeper, appears in almost every moment (as in the play) conversing with himself.

Although this psychological part is the most seductive, the real heart of the story focuses on the couple. The player, failure after failure, is coming to the conclusion that many have already taken, his days in the field are numbered and he should retire. His beloved one (not his wife) already in her thirties sees as her crazy days are passing through and feels the urgent need to find a really flawed, resigned, but in the end, true love.

The need of a home, both for the couple and for the film as a whole, becomes an existential quest, which could, perhaps, reverse all the greyness.
The player lives with a wife he does not love; his mistress needs a house where to be the only woman, one of the innkeepers is a peasant, and the other built himself a place in a pool, which serves as the occasion for jokes about living "in the bottom” Except for the mistress, about whom we know very little, the Penumbras characters show a double life that makes them corroded spirits, swallowed by the circumstances: one of the innkeeper is a beloved grandfather, a father of a family, but treats himself during his working hours with certain perversions; the other, a thoughtful man, is a drug addict, the player is cheating.

Is Penumbras one of the trumpets calling for our version of Apocalypses?

Humor in Cuba, an insider’s opinion

Statues of Life and Color