15 guitarists will compete for a ticket to Europe 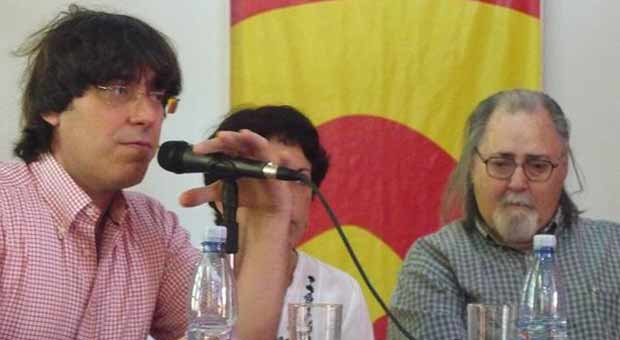 “We are a little tight,” Master Jesus Ortega said to 12 performers that surrounded him guitar in hand, almost thrusting their headstock into the noses of their neighbors … But it is actually worse riding in buses and Ortega students started with astonishing synchronicity, involving the ALBA House in Havana with the Cuban Serenade by Ignacio Cervantes, having cords do their talking…

Thus began the presentation of the Festival and International Guitar Competition in Havana: 15 young talents will fight over a one-year fellowship at the German Robert Schumann University of Music. Some of them were among the musicians of Ortega, who led them with soft gestures, indicating quibbling entrances away from the caricature scruffy orchestral director of epileptic gestures.

Ortega chairs this event since 4 years ago that his student Joaquin Clerch rescued him from the ostracism he had plunged in for a decade. It is the continuation of an event dating back to 1978, at a meeting of Latin American and Caribbean guitarists organized by Casa de las Américas. Through it pass the monsters of the six strings, like Paco de Lucia, Leo Brouwer, Vicente Amigo, Manolo Sanlúcar and many more. Until it could be not more…

“Keep in mind that these events are expensive, and still many do come, not as much as they wanted, or we wanted,” Ortega said. In fact, this year there will only be a foreign competitor, the Belgian Koan Claeys . “How fortunate that at least one could make it!” the veteran teacher said. He acknowledged that the organizers were very idealistic and concocted extremely hard program for the contenders.

While admitting that in the future they may need to soften the mandatory program, Clerch warned that these are hard times are to pay for participation in an event like this that not even has a tempting monetary incentive. “If we paid 5,000 euros as the prize, but we can not … “he added.

Still, he highlighted the support of Cuban institutions in this Festival, in particular the Ministry of Culture. “Luckily in this country politicians are aware of the importance of music ,” Clerch said, and noted the presence here of international heavyweights of the guitar , as the U.S. Hopkinson Smith, Uruguayan Alvaro Pierri , German Franz Halász , among others.

They will teach master classes that will be recorded and filmed, but not for sale, but to donate to national art schools, and students to serve as a model.

Among the special guests is the Spanish Javier Conde , considered throughout the Flemish area as the undisputed successor to the legendary Paco de Lucía. He will pay homage to de Lucia with his presentation with dancer Irene Rodriguez in the Covarrubias Hall of the National Theatre, on Thursday 24.

“This festival is also a tribute to Paco. In fact, after his death, I do not think anyone has gone on stage to play flamenco without thinking about it, “Clerch said to OnCuba . The closure will be starred by who, without being a virtuoso, made of a guitar his weapon of battle: Silvio Rodríguez, an outdoor concert on Sunday 27th, at dusk, in the ALBA House.

A year in Europe is a powerful incentive, but also the best positioned Cuban opts for the Isaac Nicola award. The jury – yet undefined – evaluate aspects such as the correct reading of the text, the originality of his interpretation or appropriation , virtuosity in execution, but there is a requirement that the teacher Ortega puts above all else : ” the winner will… who plays better” .

Movie on Hemingway is being shot in Havana