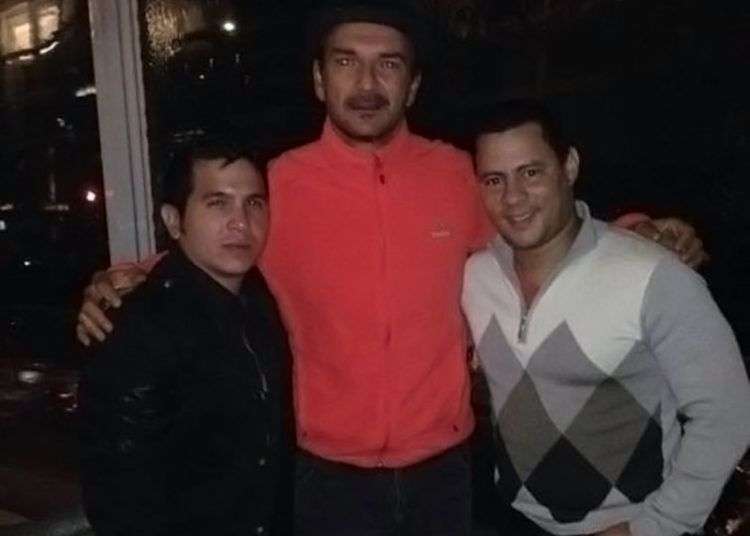 Idol of millions of Spanish speakers, Ricardo Arjona premieres “Viaje”: immediately included among the top sellers in Latin America with just a month since its launch, 14 new songs, and over six music producers in its gestation, including Israel Rojas and Yoel Martinez, leaders of Cuban band Buena Fe

Last Friday, May 23, the Cuban group posted on its Facebook page a photo of them along Arjona where they announced a meeting in Mexico with the Guatemalan singer also recommend the song “Viaje” which Israel Rojas co-produced, guitar player Darion R. Lobaina wrote the arrangements and the rest of the band took part in the recording of the song that gives name to the album.

Speaking to Argentinean newspaper La Nacion, Arjona explained that the album began to take shape a few months ago when, without knowing why, almost crazy, he decided to hop on planes to go anywhere, and about Buena Fe he told a Uruguayan publication, he feels safe in this importance of this collaboration in the “Viaje” and confessed his difficulty finding authors of attractive work while on the Cuban group, he got interesting in their production arrangements.

The participation of Buena Fe in the latest album from Ricardo Arjona, adds another collaboration with Cuban musicians of singers who enjoy widespread media coverage in the world, as Gente de Zona and Descemer Bueno did with Sean Paul and Enrique Iglesias with the song “Bailando” in recent months

Malayerba: Instructions for embracing the theater