Harold López-Nussa presents together with Cimafunk the video clip of a new version of Los Van Van’s anthological song “El buey cansao.” A pretext to talk with the Cuban musician on this subject and his album “Te lo dije.” 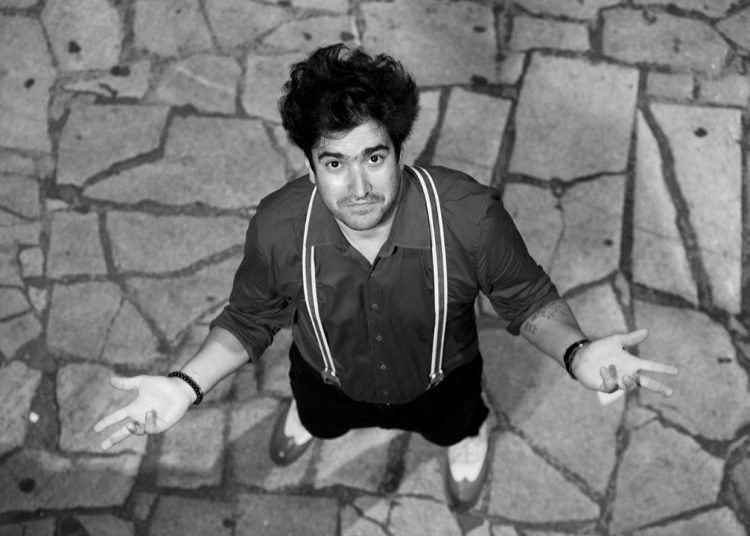 Nine years ago, on a night in December drinking a cup of coffee made by Maria Fernanda, we talked at length about his career and his album Canciones, which I fell in love with and was the door to a friendship―admiration that only increases in the face of the virtue and risk of Harold López-Nussa in each new installment of his career. 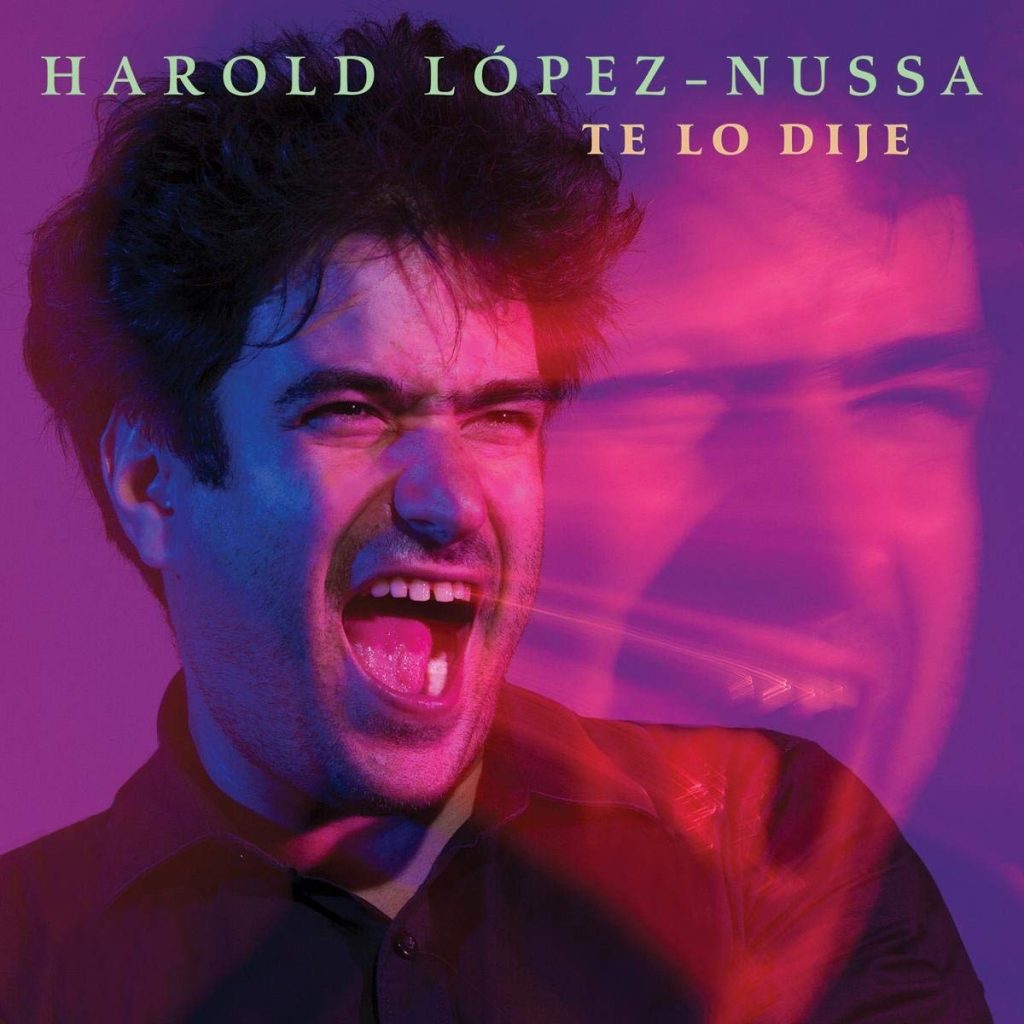 His most recent album Te lo dije took me back to Canciones, to that very Cuban way that Harold has of telling us about music from simplicity—not simpleness—, the humility of breaking molds and the clarity of understanding that music doesn’t know of lots.

“With Te lo dije, I try to make fun of myself and play with that belief that Cubans have that we know everything and that we are number one in everything. It is a game with our Cubanness and that innocent arrogance that I like so much,” he tells me in a conversation through social networks, since nothing and no one can escape COVID-19 and its impacts. And, of course, music and its industry are no exception.

An album that was released at the least expected moment, in a context marked by a pandemic that has changed everyone’s life and has accelerated the digital way in which we consume content. But, I want to believe, that it is also a time when we need, more than anything, those little reasons to smile and feel that there are still things that make sense.

“The album should have been released much earlier. Because of the pandemic it was not possible. But we thought we couldn’t keep waiting to do it. It has been a totally different challenge from the way I usually work. We have had to adapt. I have felt a lot of support from the label, from the different agencies, from all the people who have accompanied me in recent years. Not few. I am lucky to have a team of friends, who I trust and who believe in what I do. That makes everything easier.”

Te lo dije is a happy album, and although I could try to find more elaborate adjectives that some musicologist or critic would adore, I don’t need them, because it came with its own credentials loaded with mozambique or reggaeton, masterfully dressed under the halo of jazz and that blessed range of possibilities allow to those who create.

“I wanted it to be an album with a sound perhaps a little more pop, different from the previous one. Here the sound is perhaps more present, with less atmosphere, the music too. And, of course, there is always room for improvisation, which is the magic of jazz,” says Harold who, as in many other battles, was accompanied by his brother Ruy Adrián López-Nussa (drums), Julio César González (bass) and Maykel González (trumpet).

As to top it off, that trio of musicians was not enough for him as the foundation of his album. He also had to give us 4 special collaborations, because of how diverse and daring of Harold’s pieces which I have listened to during so many years.

Jazz with reggaeton? Yes, sir. Musicality? Guaranteed. Tributes? You can count on that.

“I gave myself many treats with this album. Kelvis Ochoa and his Cubanness, Cimafunk and his impressive projection. Randy Malcom and my crazy idea of ​​fusing reggaeton with jazz to take risks and get out of the comfort zone. French accordionist Vincent Peirani, in a deluxe version of Michel Legrand’s ‘Windmills of Your Mind.’”

Those who have followed the career of Harold López-Nussa have felt in each album a new universe, like a biography told from the piano keys or a story of many through music.

This time, with Te lo dije, the Cuban pianist and his quartet wanted to bring jazz closer to the people, with a sound perhaps more pop or far from the standards of Latin or Cuban jazz to which we are used.

“Each album reflects what you are experiencing at that moment, the influences you have in your personal and professional life. It was a way of getting closer to my daughters―who sing on the album―and my family because the life of musicians who tour a lot demands being separated from loved ones. And it has touched me a lot. But also with Te lo dije, as with Canciones, I wanted to have a little fun with the music and try to make it for all kinds of audiences, not only for jazz consumers, but with a broader listening palette.”

When reviewing the album from top to bottom like someone who reads something very good and can’t put it down, beyond the variety and the risk of the sound, you find connections to common stories, to moments of lives, of successes, of needs, but above all, of joy and hopes.

“Each song has its own story. ‘Habana sin sábanas’ is a portrait of what I understand is Havana, the one that I live, the one that I walk, the one that we Habaneros live, Havana in the open; ‘Sobre el atelier’ is a song dedicated to my grandfather Leonel, which I composed over what used to be his atelier; ‘Un día de noviembre,’ a piece by Leo Brouwer, which I love very much and which I did in a habanera son; and so on with each piece. The songs that are lucky enough to have a video clip are accompanied by that visual image that conditions your feeling; but those that don’t give you the freedom to imagine what you want and each one can create their own story according to what the music inspires, which in the end I think is the most beautiful thing.” 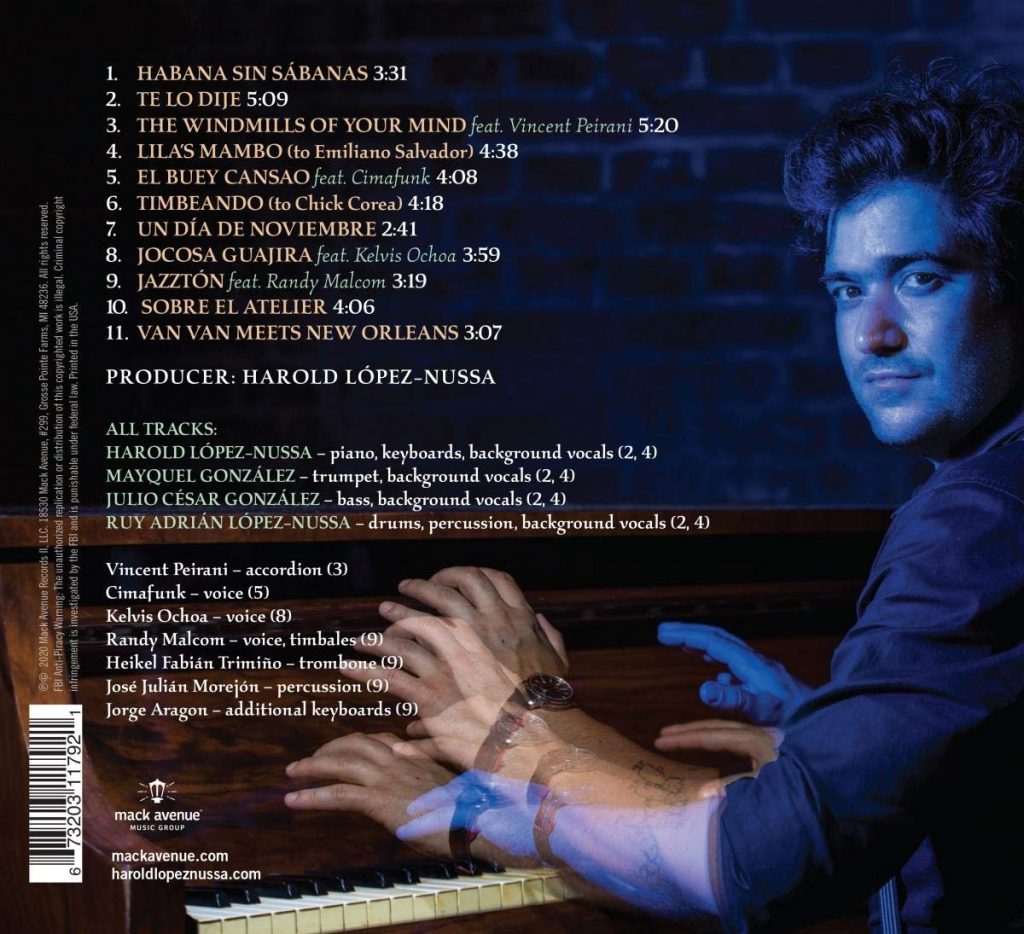 From reggaeton to ‘El Buey Cansao’

Harold already surprised us a few months ago with his “Jazzton” together with the singer of the duo Gente de Zona Randy Malcom, with whom he has had a long relationship since the days when they were music students.

Now, to top it off, he’s giving a tribute to maestro Juan Formell and that unforgettable song like “El Buey Cansao,” by Los Van Van, this time joining forces with Cimafunk in a video clip directed by the Nocturnal team.

“Los Van Van is one of my favorite bands. I’ve grown up listening to their music since I was little. It marks me and has marked many Cubans. And that’s the reason for the tribute on this album with two songs,” he adds. “I wanted to do a version of ‘El Buey Cansao’ for a long time and now I have the luxury of doing it with CImafunk, in a very nice collaboration. I recorded the song thinking that he would do it, but we had not even discussed it. Last year we were both very complicated and the collaboration was at a distance. And when he sent me his part, I was impressed because he had given the arrangement the touch it lacked and it was much more than I imagined.”

Te lo dije is an album that comes at a crucial moment whether you like jazz or not, because that border doesn’t exist in these 11 songs curated by Harold López-Nussa, his versatile trio of musicians and the luxury guests he had. It’s an album to smile, to listen to alone or in company, to dance, to remember or to look to the future, to sit down and reflect even at what moment of your life you are.

When an album achieves that, it’s already a success. And although he said no, for me it’s a cycle. Canciones and Te lo dije close a circle of maturity of an artist who, to our pride and joy, does not stop creating.