Chapman is made of steel 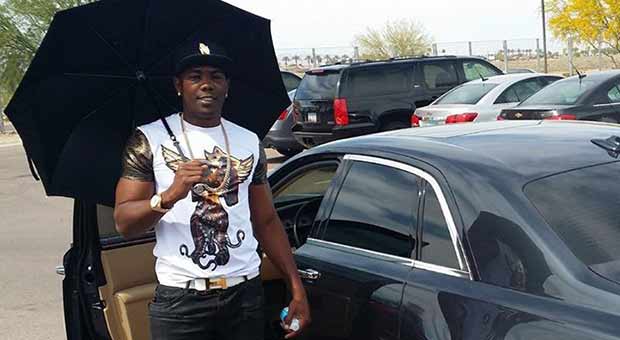 There is no doubt: Aroldis Chapman is as hard as the fastballs he throws, those who terrorize all major league hitters. The Cuban pitcher, who received a ball in the face last week, has been given medical clearance and already walks with his usual air of grandeur, as if nothing had happened, as if he had not undergone surgery last Thursday to repair a fracture of the left eyebrow.

The southpaw of the Cincinnati Reds is made of steel, you could say, because even when he was hit by the liner on Wednesday night and had a moderate concussion, he did not lose consciousness at any moment, even though the drive that came out of the bat Salvador Perez, Kansas City Royals catcher, traveled at over a hundred miles per hour, in the opinion of several scouts present in the pre-season game in Surprise, Arizona.

He felt pain, of course, fortunately relieved by an avalanche of painkillers supplied by doctors at a hospital in Phoenix, which allowed him to joke with friends who visited him before and after surgery.

Sports Illustrated reporter, John Fay said in his Twitter account that Brayan Pena, Reds catcher and one of the first to assist Chapman after the accident, had told him that the fast Cuban pitcher was telling jokes, so his memory was in perfect condition.

Similarly, Bryan Price, mentor of Cincinnati, and Salvador Perez, who hit him with the liner, confirmed the good humor of Chapman, when both showed up at the hospital to keep abreast of his status.

That same Thursday, Chapman posted on his Facebook profile: “I came out of surgery, everything was a success and soon I will be training, and then in the games, to do what I said I’d do this year. I give a great show as all of you deserve. I thank you again. God bless you all. “…

After the surgery, as soon as Saturday, Chapman was on the street, with his extravagant costumes and cell phone in hand, unleashing a flood of photos on Instagram and Facebook, which he hung after the press meet and having lunch with his father, who accompanied him since he was lying after getting hit, since he was in the stands watching his son’s performance in the preseason game.

In social networks the Holguin left-handed wrote: “I want to say that today was the first day that I talk to the press. I explained how my recovery is and I personally want to communicate to you that I am well, thank God, recovering very well. I want to thank all my followers from Facebook, Instagram and friends, watch for me by their prayers, good vibes, which is very important right now. Thanks to you and the Lord, who is up there, everything is going well and I am having a good recovery. “

Further evidence of its favorable performance came on Sunday when he visited his fellow Reds in Arizona, where the squad trains ahead of the start of the regular season next Monday. There, according to AP report, Chapman appeared with two black eyes, but with a smile from ear to ear, very keen.

TWO MONTHS AND BACK TO THE GAME

After this very delicate process, Tim Kremchek, doctor with the Cincinnati Reds, said the pitcher will take around two months to join the competition, and that at first he will do a cardio program and pitches from fixed ground which should last eight to 10 days

He also noted that they should proceed with caution and without haste, because it was not a simple procedure. “They inserted a metal plate in his skull, which will be permanently embedded there, an effective way to repair the skull fracture.”

Similarly, Kremchek considered these lesions didn’t leave big sequels, so Chapman should feel lucky. “If you get hit on the side of the head that can be disastrous, far worse, with more injuries, permanent injuries. He was very lucky, “the doctor told Ken Rosenthal, FOX reporter.

The doctor, of course, draws on the terrible history of pitchers hit by liners, as some of those pitchers were never able to return to work at the highest level. Those are the cases of Herb Score and Bryce Florie, who, at different times, each received liners that completely twisted the course of their careers….

More recently, others like the Toronto lefty JA Happ (August 2013) and the A’s pitcher Brandon McCarthy (September 2013) suffered skull fractures, the second with additional complications (epidural bleeding and concussion) that forced surgery and six days in the hospital. Also Alex Cobb, one of the young pearls of the Tampa Bay, finished hospitalized last year after being hit by a line at 102 miles per hour.

These cases and the tragedy of Chapman have sown panic in the majors, where already pitchers can use special protection to prevent t to some extent, life-threatening injuries. Only for those who climb on the mound fear is not removed by the fact they wear a cap or football helmet that makes no difference, as liner are increasingly stronger given the power of pitches and the strength of the sluggers.