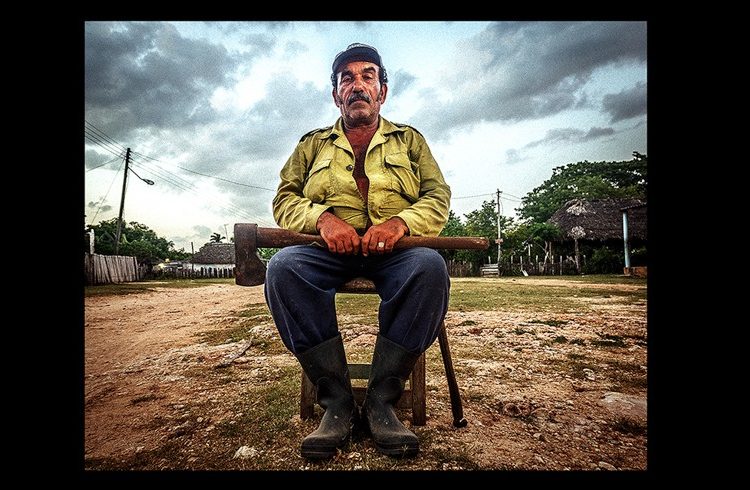 Cocodrilos (Spanish for “Crocodiles”) is a village in the eastern part of the Zapata Swamp that for over three centuries lived on coal production.

At some point in its history, the village came to have over 400 inhabitants, but today, little more than 100 people live there.

The establishment in the area of a forest reserve in 2002 not only deprived the locals of their source of income, it also crushed their spiritual life.

The elementary school was closed because there are no kids left. They have been taken away by their parents, who have had to relocate to find jobs in other places.

The road that connects the village to the Bay of Pigs, the closest town, is extremely deteriorated. The government has allocated resources every now and then to fix it, but the materials are shamelessly stolen in front of the eyes of the villagers.

The elders stayed behind, stubbornly refusing to leave, as normally happens with people who are too old to learn how to lead a different life.

The most urgent question for the villagers right now is getting connected to the national power distribution network. At present, a diesel generator provides eight hours of electricity per day, but according to Raul, the operator of the generator, it would be less expensive to supply power to the area by connecting it to the national network, as the combined cost of fuel, oil, spare parts, the wages of the mechanics and driver of the tank truck that delivers the oil is very high.

To do it, the government of Matanzas, the province where the village is located, would have to install an 18-mile line, but the village is only three miles away from Cienfuegos, another province. Sadly, the two local governments haven’t reached an agreement on this, and Cocodrilos residents continue to wait for a solution.

These pictures were taken during the production of the documentary film “Men from Cocodrilos,” directed by Livan Magdaleno, 2013. The series is on display at La Cabana Fortress as part of the Zona Franca section of the 12th Havana Biennial.

The Voice of Cuba’s Catholic Church