The Voice of Cuba’s Catholic Church 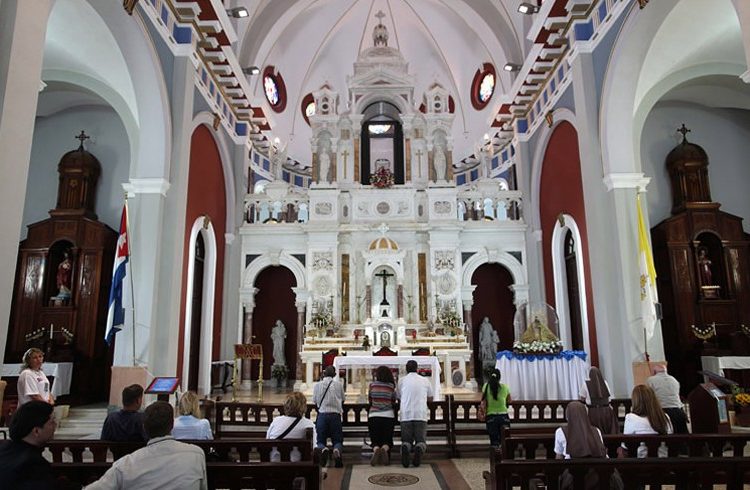 On September 15, 2013, Cuba’s Catholic bishops made public what remains their latest Pastoral Letter (“Hope Does Not Disappoint”). At the time, the Cuban and US governments were beginning a year and half of secret negations, negotiations which involved Pope Francis and led to the watershed of December 17, 2014.

It’s been almost two years since Cuba’s Episcopal Conference sought to make public its vision about Cuba and clarify how the Church conceives and envisages the options it recommends or demands for the country in the midst of its reform process.

The pastoral titled “Hope Does Not Disappoint” was also a homage to a previous pastoral letter, issued in 1993 and titled “Love Endures All Things,” whose diagnosis of Cuba’s social situation and the scope of its proposals expressed a clear will to influence the design of solutions to the crisis.

In 1993, the island’s bishops were fairly critical of the Cuban government, at times practically suggesting it was solely responsible for all of the economic and social conflicts that the crisis brought to the surface or intensified fiercely during the first years of the Special Period.

In 1998, by acknowledging the legitimacy of Cuban authorities through an invitation to peaceful exchange, Pope John Paul II was able to translate the wishes of the Church and its commitment to the country into a language that was more acceptable to all, in an effort to avoid returning to the times of “antagonistic aggression” towards established political power.

He called for dialogue and flexibility (saying “may Cuba open itself up to the world, and may the world open itself up to Cuba”), something which only very recently began to become a reality and to be delineated as an encouraging prospect, as part of newly-established relations between Cuba and the United States, focused on the dismantling of the blockade policy (the main obstacle to normalization).

Two years ago, Cuba’s Catholic bishops decided to invoke the words of John Paul II to lay the bases for their position. They chose to replace the terms “blockade” and “embargo” with “the isolation brought about” and “measures imposed from abroad.” In 2013, when President Obama himself had expressed his intentions of changing US policy towards Cuba radically, the Catholic Church hierarchy was still choosing its words carefully.

It’s been six months since the announcement was made in December and Cuba’s Catholic Church, represented by its bishops, has not yet pronounced itself regarding this new context.

The one exception is Cardinal Jaime Ortega who, in an interview for Spain’s Ser network, described the present as “a time of hope, a time of positive prospects, coming after many years of struggle and concerns over an improvement in Cuba with respect to economic, financial and other difficulties caused by this situation, a situation that has not yet been overcome, the US embargo, which should at least be relaxed (…) and eliminated a little bit later.”

One would expect a public declaration made by Cuban prelates to express the wish to secure, with the same enthusiasm with which their spiritual leader, Pope Francis, has shown in his actions, all of the aid needed to turn this recent rapprochement between the two countries into the preface of a new stage in history.

In recent weeks, cordial relations between the Cuban government and the Vatican – soon to enter their 80th year – have only grown. Suffice it to recall Raul Castro’s recent visit to the Holy See and the suggestive pronouncements he made following his meeting with the Pope. “If the Pope continues to speak this way, I can assure you I will start praying again and return to the Catholic Church, no joke,” he declared.

We can get along with this Pope and this Church, the Cuban President appeared to be saying under his breath. A socially conscious Church that actively mediates and encourages an understanding that respects Cuba’s sovereignty allows the country to come out of its ideological trench, breathe life into its economy and broaden relations with the émigré community.

Pope Francis will visit Cuba in September. His trip to the island was preceded by the visit of Beniamino Stella, prefect of the Sacred Congregation for the Clergy of the Holy See, one of the most important figures within the Catholic hierarchy, diplomatic representative of the Pope in Havana between 1993 and 1999. In addition to holding masses at several cities around Cuba, Stella met with Raul Castro.

Pope Francis will be the third Pontiff to visit Cuba in 17 years. It is hoped his visit will be more than evangelical, that, as the highest authority of the Church, he will address other institutional issues, such as appointing a new Havana Archbishop.

Cardinal Jaime Ortega, who is already 78, has been waiting for his replacement for 3 years. Many believe he may be replaced by Monsignor Emilio Aranguren, bishop of Holguin, but Pope Francis may designate another Cuban priest (who may not even have been ordained as a bishop).

The internal and leadership changes Cuba’s church is committed to may not lose impetus and lead to a broader range of options for dialogue and to an extension of the good will with which religious institutions have sought to take part in the transformation of Cuba, particularly before its devout, which have been growing in number and begin to benefit from the relative relaxation of tensions with government authorities.

The ecumenical spirit that prevailed during the Caridad del Cobre celebrations in 2011 and 2012 gradually led to the return of nationalized properties to the church and even opened up the possibility of building a new church in Pinar del Rio, for the first time in over 50 years.

In this context, it would be of the essence that the Cuban people, devout or not, Marxist or not, supportive of the government or not, be allowed to hear the voice of the Catholic Church and see it determined in its full support for a post-blockade Cuba, a Cuba that has the strength and opportunities to patriotically – and with faith in social justice – confront all of the challenges that present and future relations with such a powerful neighbor (sometimes friendly, sometimes not) involves.

More Cubans in MLB Team Ever

How to Communicate a Changing Cuba