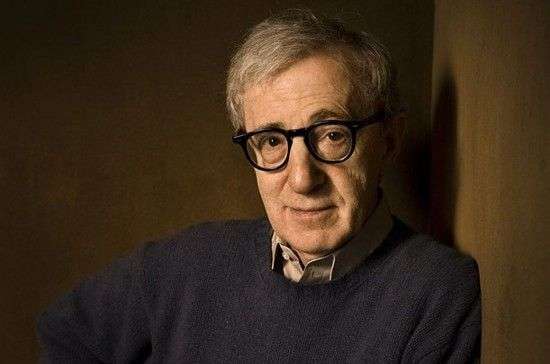 Play it again, Sam, one of the theater plays by New Yorker playwright and filmmaker Woody Allen is staged in Havana, thanks to an alliance between creators and entrepreneurs.

For a feminist, for whom it is hard to confess her love for misogyny in the pathetic alter ego of US filmmaker Woody Allen (no further comments on his intimately public life), the meeting could not go any other way: an impeccable red Ford from the 50’s and Enrique, a mechanical engineer turned into a taxi driver, in front of my gate in 1905.

We headed to the east in search of an big house abandoned for some wealthy man during the early 60’s (as Enrique’s Ford), in the outskirts of Havana –not so much in the outskirts if public transportation had not been destroyed for more than five decades of indolence.

It used to be called La Campana. On some random occasions I swam in its pool and spent evenings there partying with friends. Now it is called La Mandragora, now it offers Spanish bar snacks and other delicious food. Kike, its owner, every Thursday night undertakes the challenge of bringing Woody Allen to Havana.

Obviously the irreverent New Yorker didn’t actually came to Cuba; but his alter ego, Allan, is masterly interpreted by actor Alexis Díaz de Villegas in a theater play he directs as well: Play it again, Sam. Allen premiered this piece in Broadway and then it was taken to the cinema by Herbert Ross (1972).

Allan is a movie critic, who is neurotic and was tore apart by a recent divorce. He pictures his cinematographic idol Humphrey Bogart advising him how to become a seductive man in the style of the main character of the film Casablanca (Michael Curtiz, 1942).

The eventful journey of this Allan in the search for a woman to love, a love triangle, jealousy, violence, loneliness, abandonment and love frustration are wonderfully interpreted by a group of five actors from the theater company El Publico.

It is a chauvinistic text. I recall a test by Alison Bechdel to analyze it in the middle of the night: definitely chauvinistic! So much stereotypes is fit for questioning those hegemonic masculine roles constantly repeated in the cinema and the arts, in which Bogart maintains a special place within the universal imaginary.

Every Thursday, Cuban VirgilioPiñera and other characters from our recent history will take us by surprise thank to YanierPalmero’sand Carlos Enrique Riverón’s performances.

Staging Woody Allen for the first time in the Cuban scene is interesting; however, the excellent performances by Palmero (Bogart), Riverón (Dick), YaraLópez (Nancy) and Linda Sorianoare just as interesting.