Spurious protection of inefficient and unfeasible activities is the worst favor that can be done to the cause of the “development of productive forces.” 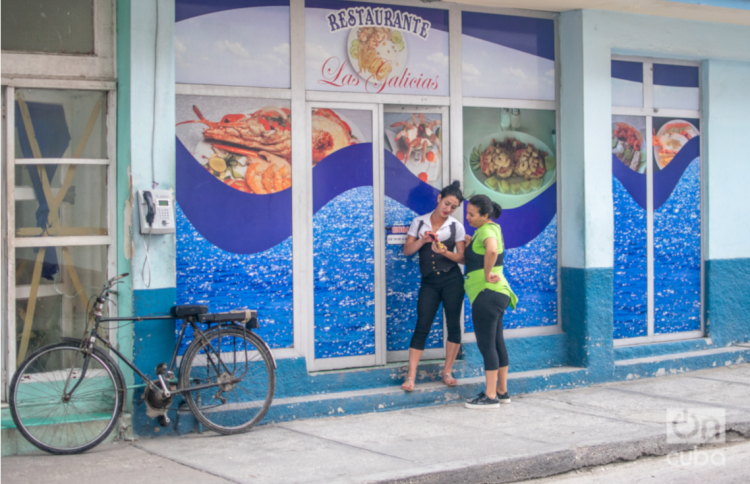 It is an unfortunate fact that the debate and the ideas that end up dominating economic policy in areas of great importance do not seem to have moved to a higher level in terms of the issues and alternatives under consideration. Recent measures related to self-employment (SE) and non-agricultural cooperatives (NAC) confirm this.

This has happened despite very advanced and balanced proposals from several groups of researchers, without the vast majority finding echo in the last steps, which can be described as limited (there, where there was progress), with clear and uncoordinated setbacks, not only with respect to the letter of the documents guiding the “updating”―it’s more difficult to speak of the spirit―but also to the new economic reality that has been taking shape since the beginning of 2019.

The process has been more palliative and delayed, compared to its concrete contribution to unblock the multiple “bottlenecks” that persist. At the center of this apparent contradiction is the old question of how much is enough, in terms of the expansion of the non-state sector in Cuba. Enough would seem to be identified with boosting growth without compromising political stability, even without taking into consideration the “ideological purists” who maintain (and redouble) their commitment to build castles (or models) in the air.

Any genuine development process (one that is truly worthwhile) alters the economic and social structures in such a fundamental way that the transformation of the political model is inevitable. This latter issue has always been seen as an existential threat, when it should not be perceived as a choice between what exists and barbarism. It seems clear that looking at the world in black and white is a convenient strategy.

The art of good governance is not to avoid that change (at times painful), but to carry it out in a way that procures income for all groups, even if this is not achieved in the short term or simultaneously.

In the case of “self-employment,” there has been progress in important aspects such as the possibility of establishing contractual relations for the purchase and sale of goods and services with all types of entities operating in the country, or relinquishing the nonsense represented by the transportation “experiment” in the capital. On the latter, it’s almost impossible to count the number of “experiments” that have been carried out, all marked by the same mistakes: ignoring market conditions and discarding any type of meeting (negotiation) with the interested parties (taxi drivers and customers). A tip for the new stage: any attempt to significantly deviate the final price from the actual operating conditions is bound to fail.

This said, the little progress that has been made is very questionable, considering that the “improvement” of SE began in the summer of 2017 with the suspension of licenses for the main activities for almost a year. Of these, the “computer equipment operator” remains on hold.

As for the NAC, the setback is plausible. The decree explicitly says that their existence is reduced to those activities that the State determines are not primary (also troubled entities), a kind of reservoir of what, because there is no solution to it, does not deserve the administrative wear and tear of small and low profit enterprises.

Approval of each “experiment” is enshrined at the highest level, and following a highly vertical pattern. An especially harmful element is the approval of the “governing body” of the activity in question, which practically rules out competition with public entities. It is almost impossible to rationalize how this arrangement can contribute to shaping a scheme of adequate incentives that favor efficiency.

Nor is there much room for determining the social object, whose definition is also at the mercy of the authorities. The possibilities of limiting the scope of operations to the territory’s sphere reduce the size of a market, already small and fragmented. This is another pernicious effect on specialization and productivity. Additionally, strict limits are imposed on the incorporation of new partners and the hiring of workforce. Sales prices are determined primarily by the Ministry of Finance and Prices. The temporary cancellation or the definitive revocation of the cooperative contains arguments with a high level of discretion by the competent authorities, which makes it difficult to present a sufficiently long horizon to envision investments or other large-scale actions.

In short, the NAC lack real autonomy in most of the decisions that are key to the good performance of their operations, thus reducing them to an organization that manages a relatively small group of capital goods and inputs. The experiment, which is already in its seventh year, has left lessons, but perhaps not the right ones.

Some regularities can be extracted from the analysis of the new legislation, which are warnings for the economic policy. First, the delay in making obvious changes is reprehensible. And the legislative and normative hypertrophy and dispersion does not stop growing, to which a recurring dense prose has been added. This column has emphasized this at other times: going around the bush will only end up exacerbating this island’s already serious economic problems (not all attributable to the escalation in U.S. sanctions).

A renewed tendency towards the authorities’ greater interference in the setting of prices can be observed, which would seem largely motivated by the precarious current monetary stability, characterized by a considerable dose of “repressed inflation.” Many experiences in economies similar to ours clearly show that administrative price control, in the absence of structural measures to address economic imbalances, is ultimately counterproductive and ineffective. Recent trends in the informal currency market with the depreciation of the CUC or the overflowing demand in the new stores that sell in foreign currency are examples of this. In general, it is an effective option in the short term, in anticipation of major changes. That is the fundamental problem: it is used as a temporary stabilization mechanism, or because there is belief in its effectiveness.

One would have imagined that among the essential contributions of self-employment and the NAC would be to provide the economy with greater flexibility and agility to begin the postponed but necessary process of productive restructuring (discontinuing unfeasible activities and transferring workforce and factors to sectors with a future). This, together with the extreme fragmentation of the domestic market and the weak productive integration are the two most serious problems to be faced by an economic reform program, regardless of ideological preferences. Well then, a part of what has been done, not only now, but since 2011, does not point in that direction. Rather there are mixed signals, incomplete measures, slowness, and a repeat of the same mistakes.

Spurious protection of inefficient and unfeasible activities is the worst favor that can be done to the cause of the “development of productive forces.” Maybe it’s time to give content to our words. Protecting jobs that would not exist under appropriate incentives has nothing to do with workers’ rights or social policy. Subsidizing companies (and even entire sectors) hopelessly without a future is a serious commitment to the economic development of this country. A new monetary scheme and changing it, as an urgent need, is only the means to achieve that. Arriving at that moment with enormous inflexibilities in the economic agents does not reduce the risks. Let us not forget that those are imbalances that reflect much deeper problems, those we don’t assume in the end.

*Taken from Progreso Semanal. Reproduced with the express authorization of its publishers.