Hello, Obama? This is Raul speaking! 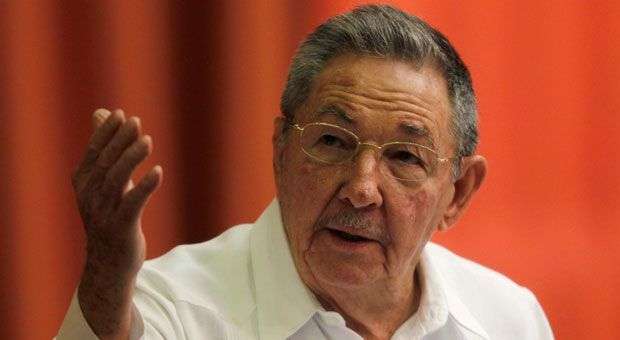 Raul Castro offered a phone number to Barack Obama at the precise moment when he began to include in his speeches phrases like ” the opportunity will do again to declare our willingness to resolve at the negotiating table the longstanding dispute between the U.S. and Cuba ” or ” Cuba maintains the proposal to move towards normalization of its ties with the United States and develop cooperation in all areas that can benefit both peoples.”

Raul probably wanted to talk with Barack since the day that the young Illinois senator won his first four year term in the White House. In August 2009, the Cuban president told the National Assembly: ” I take this opportunity to reiterate the willingness of Cuba to the United States to sustain a respectful dialogue between equals , without a shadow for our independence, sovereignty and self-determination . We are ready to talk about everything, I repeat everything, but about here, about Cuba, and about there, about the United States, not to negotiate our political and social system. “

He even offered to hold a meeting at the Guantanamo Naval Base, the same piece of land that the former Cuban defense minister, now president, watched quietly for decades.

For years , Raul Castro has made more efforts to achieve a respectful dialogue with the United States that the new prime minister of Iran needed, one of the nations openly feuding with Washington, getting a 15-minute call from the Oval Office .

Iran’s president, Hassan Rouhani, required only that his delegation in New York transacted with the White House date and time. The idea came after a less publicized diplomatic meeting between Secretary of State, John Kerry and the Iranian Foreign Minister, Mohammad Javad Zarif.

Throughout the week prior to the call, the U.S. government told Iranian authorities that the lines were open. Obama was prepared in advance and even memorized a line in Farsi (the official language of Iran). The polyglot Rouhani returned the gesture, responding in English.

In foreign policy, Cuba is for Obama like a stone in the shoe, but a stone that he is used to walking with. Fulfilling three months into his presidency, Obama traveled to Trinidad and Tobago, where he first encountered a community of Latin American leaders asking him for an approach to Cuba.

The situation was repeated three years later, at the next Summit of the Americas in Cartagena de Indias, Colombia, only this time there were hints of political drama: Ecuadorian President Rafael Correa refused to attend if Raul Castro was not invited; a unforeseen event that  turned upside down the Colombian Foreign Ministry.

The president of Colombia, Juan Manuel Santos, took a flight Bogota-Havana to improvise a solution to the dispute that would ruin the Pan American summit for his ally. Cuba’s ghost again cross the path of Obama and the man did not flinch; the one that ran was Santos, and for nothing.

Any hope of change must have occurred in the second presidential term. After all, a somewhat innocent reasoning can lead us to think that the actual move was impossible before the election of 2012.

But a few days after the election of Barack Obama, a reporter for the Associated Press asked a State Department spokesman in Washington when it would account for the failure of its policy toward Cuba , a view shared by 188 member countries United Nations, which that morning had supported a resolution against the blockade at the UN General Assembly .

The newly confirmed government official at the polls was clear. He repeated the phrase several times, in a sharp way:” our policy remains in force. ” he repeated several times.

Earlier, in New York, Minister of Foreign Affairs of Cuba, Bruno Rodriguez, recalled at the UN General Assembly that “the President of the United States retains the constitutional powers that would allow it to listen to public opinion and generate the dynamic required for executive decisions, even without going through Congress.”

That’s another piece on the board: Obama is not alone. He governs pursued by a Republican majority in the House of Representatives, which don’t let him breeath and plans to leave his administration without a penny to, unless he yields to their political demands.

Within the Republican militancy, there is a political group particularly active, the Cuban-Americans, who set off alarms when a there is threat of approaching Cuba.

After the singer Beyoncé and rapper Jay Z visited Havana in April 2013, House Republicans introduced an amendment to the legislation that allows the Treasury Department to license trip to American artists.

Furthermore, an obvious question is forgotten: the political – economic -psychological and even spiritual alliance between Havana and Caracas. Recently, the United States has sought to show the world that does not like the current government of Venezuela. It expresses in so obvious ways as denying airway to the Nicolas Maduro’s presidential plane.

For the foregoing reasons, it seems unlikely that the number of the presidential office of the Palace of the Revolution is waiting on some of the Obama desk drawers. And if Raul called to Washington, who would answer?

Maybe someday far, Barack and Michelle holding hands wander around Old Havana, surrounded by Secret Service agents or other agents in guayabera dresses. But then, Obama will be a happy Democrat, former president with a Nobel Peace Prize in his pocket, like Jimmy Carter.

On that day, he will be greeted by the president of Cuba, there will be photos and official and personal conversations about the past and present. Hope I’m wrong, and there is good news for Cubans and Americans by 2016. Those who want to wait for Obama can wait.