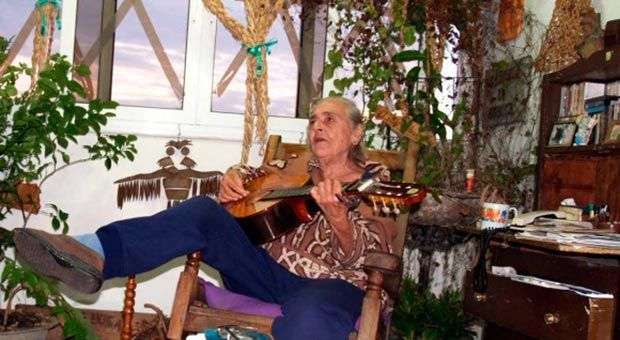 This morning troubadour Teresita Fernández (Santa Clara, 1930) died in Havana. The funeral will take place in the Calzada and K parlor, in the Vedado neigborhood.

The author of anthology works of music for children like Lo feo, Mi gatico Vinagrito, Dame la mano y danzaremos and many others, also accumulated an extensive work for adults, unknown to many.

Troubadour, storyteller and teacher, she was known as the greatest singer. Her education began at home, and the sounds of her work show influences of ancient ballads and peasant folklore. Outstanding in her repertoire were texts by poets Marti and Gabriela Mistral she put music to.

“Minstrel, poor, nomadic and free”, was how she defined herself. She had as much interest in poetry as in music and considered to be the song that unites both events, as she expressed in I am a teacher who sings, her biography written by journalist Elizundia Alicia Ramirez.