New cooperatives, history to be made 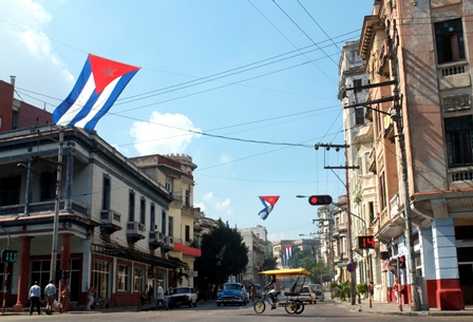 The newest creation in Cuba, even though on an experimental basis, of agricultural cooperatives, isn’t a subject to be addressed lightly. This is unchartered territory for most of the country’s economic actors-despite the positive and negative experiences in these decades bequeathed by the CPA, CCS and UBPC (exclusively agricultural cooperatives existing in the archipelago) – and to which, however, many want to aim, because they see there is a possibility to build tangible prosperity, from the effective contribution of a group that is sees itself as a producer but also as rightful owner of what is capable of making.

In fact, if there is anything to criticize on the legal body that regulates the gradual formation, operation and termination of the experimental cooperatives, even before its application, is to have left in the mouth of too many potential applicants the abundant salivation generated by a much-desired, but not tasted yet, bite.

And the fact is that if we are talking about the creation, at an early stage, of 230 agricultural cooperatives, but only in some 47 activities, in terms of professional services includes only translation, information technology and accounting.

The rest of the activities allowed, such as transportation, production of materials and construction services, personal and household services, and marketing of agricultural products, are consistent with the previous approved activities to be done under the self-employment modality, where professionals were not included at first, except for a few exceptions (such as bookkeepers, for example).

This initial bias has deflated the expectations of specialists in disparate branches, also eager to have the ability to work in non-state forms of management, and for whom the cooperative represented a very attractive formula. This would allow them to share working and financial responsibilities in demanding activities without pushing aside the principle of a more equitable distribution of the fruits of work, which is inherent in the socialist culture of the Cuban people, and under which these professionals were formed and worked until today.

However, while this is the first step of another measure that comprise the complex process of updating the Cuban economic model for which it has said time and again the government will rectify what reality demands on the go-it is be expected that in the future, perhaps the conclusion of the pilot phase, the framework of activities approved for non-agricultural cooperatives gets spread.

For now, no doubt is worth noting, among other aspects, the tax treatment to be given to these novel forms of management. In Law 113 of the Tax System, which will take effect in January, includes tax benefits for cooperatives compared to other forms of employment, such as the application of a lower scale than the Profits Tax that regulates the self-employed sector.

Moreover, these cooperatives will get be able to deduct 100 percent on the expenses incurred in the course of business, and they will not have to justify 40% of these. They also will pay lower fees for leasing premises and other goods, and during the first three months of work they will be exempted from paying taxes.

Related to these incentives, they will exempt from payment of the lease up to twelve months, only once, those cooperatives that during the first year of their existence take on the repair of leased state facilities.

The non-agricultural cooperatives will also with a special social security scheme, which will guarantee them to rely on the benefits of this system in case of illness, accident, maternity leave or retirement, based on the contribution they make for it.

One interesting thing is that with the coming into force of Decree-Laws 305 and 306, and its three complementary rules, which give legal form to this experiment, for the first time in the country a competitive bidding process for the lease of premises that are economically inactive will start. This will be open, that is, open to all stakeholders, and the decision taken in this regard is likely to be challenged in the courts, in order to ensure transparency and fairness of the process.

The non-agricultural cooperatives to be created may be of first degree: by voluntary integration of at least three individuals, or second degree: formed from two or more primary cooperatives. The latter method, however, is expected for the second stage of the experiment, when the basic ones have been consolidated.

Clearly the path to follow for the development of such associations in Cuba has only a first draft; the rest shall be drawn on the process. Either way, it is essential to know other peculiarities included in these regulations, which concern not only Cubans interested in learning how to become cooperative members, but to all those who in one way or another partake of the experience (as consumers of products and services that they will offer, or family and friends that we support). On this topic, OnCuba then come back with more news.

The last of the heroic ones