The art of fishing in Jardines del Rey 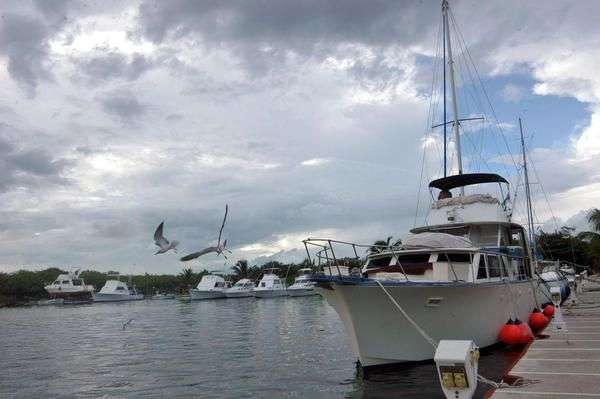 The crystal clear waters around Coco and Guillermo Keys , in the northern coast of Ciego de Avila, will be the scene until next October 18 of the 4th Jardines del Rey Big Game Trolling International Fishing Tournament.

The event, hosted once again by the Guillermo Key Marlin Marina, has managed to maintain its presence and establish itself as the second tournament of its kind in Cuba, only surpassed by the traditional Ernest Hemingway Fishing Tournament .
For this occasion seven vessels are registered from Canada, Russia, Spain, UK and Cuba, which will be represented for the first time by Ciego de Avila’s fishermen. The ships will compete under the rules of the International Game Fish Association (IGFA) in the form of “tag and release “.
After catching preys, the competitors, veteran fishermen with years of experience in the business, must take three photos of the fishes ​​to validate fishing before a jury made up by members of the Cuban Federation of Sport Fishing.
This kind of competition allows protecting the species which are subject to the capture without lose the spectacular experience of the classic battle between fish and man, an attraction that , after millennia, continues to fascinate humans.
The event organizers told the press that by this time and due to the behavior of the tides and moon, the waters of the old Bahamas canal shelter several highly prized species in this type of event such as marlin, wahoo, dorado and tuna.
The tournament offers exceptional values ​​to the tourist destination of northern keys of Ciego de Avila, a paradise which is visited by thousands of visitors worldwide. This is a policy of the Cuban government, which seeks to encourage development of nature tourism .
This form of tourism exploits the potential and beauty of this site, which has stunning seabed and is surrounded by a coral barrier . In addition, there is located Pilar Beach, considered among the 25 most beautiful resorts in the world and the sixth in the Caribbean region.
However, during the next few days attention will not only be focused on the beauty of the area, but on what participants can do on board of the ships.
The contestants will battle during three and a half days for taking the various awards and break some of the records imposed in the past editions of the tournament. There will be, no one doubts it, grueling dates in which luck will be a deciding factor.
After all, this type of event powers art, the true art of fishing; t hat almost forgotten formula by the urgency of business, and that only includes four actors: the man, the fish, the rod and the sea.