The United States: sixth among issuing nations of tourist to Cuba 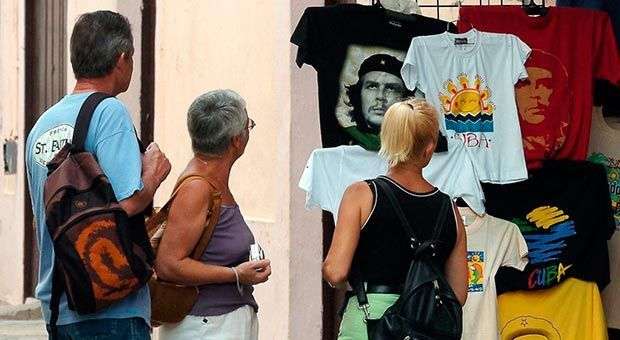 That’s right. The United States is the sixth among issuing nations of tourist to Cuba. Despite restrictions and difficulties to travel to Cuba, 98,050 US citizens visited the Caribbean island in 2012.The National Statistics and Information Office (ONEI by its acronym in Spanish) published that figure in its section on tourism in its Statistic Report for that year. The number of US visitors has doubled during the past five years: in 2007, 40,000 US travelers came to Cuba, a figure that remained stable during 2008 but from 2009 it gradually increased at a ration of 10,000 per year.

In 2012 these numbers rose in 25,000 in comparison with the previous year. The number of US tourist is higher than the figures of Argentinean tourists, the main Latin American issuing nation of tourists to Cuba.

In the Cuban tourist market, the United States is sixth just by a small difference –barely a few thousands– against France, Italy and Germany, which, in that order, have taken from the fifth to the third position in the list of the main issuing nations of tourists to Cuba.

At the same time the number of US visitors grew, figures of European travellers decreased. Between 2007 and 2012 Spanish tourism declined by 39,9%.

US students cannot travel freely to Cuba. They need a permit or a license issued by the US Treasury Department, which only authorizes them to travel as part of cultural and religious exchanges, banning leisure travels.

In 2012, republican legislators from the House of Representatives presented an amendment to the current legislation as they considered that the existing legal framework gave room for leisure travels covered as cultural exchanges.

In a report presented to the United Nations, the Cuban Foreign Minister states that tourist activities in Cuba would have earned almost two billion dollars between April 2012 and May 2013 if US citizens would have been able to visit the island without so much trouble.

ONEI did not mention the arrival of US citizens in their tourist report of the first eight months of the present year. It doesn’t make reference to the United States either, when referring to the data of previous years.

An official from ONEI explained OnCuba that this information is published annually in December in their Annual Report.

During a phone interview, the official refused to confirm that the number of US visitors recorded in 2013 was included in a section (“Others”) of the latest monthly report on tourism, as suggested by an official from the Industry and Environment Division from ONEI, also interviewed by OnCuba.

About 400,000 visitors from the rest of the countries not explicitly mentioned are included in this section.

The statistics report on the number of visitors to Cuba and their origin is drafted from data offered by the Immigration Department from Havana’s Interior Ministry.

LázaroVargas: “My pitchers will win this National Series”

LázaroVargas: “My pitchers will win this National Series”