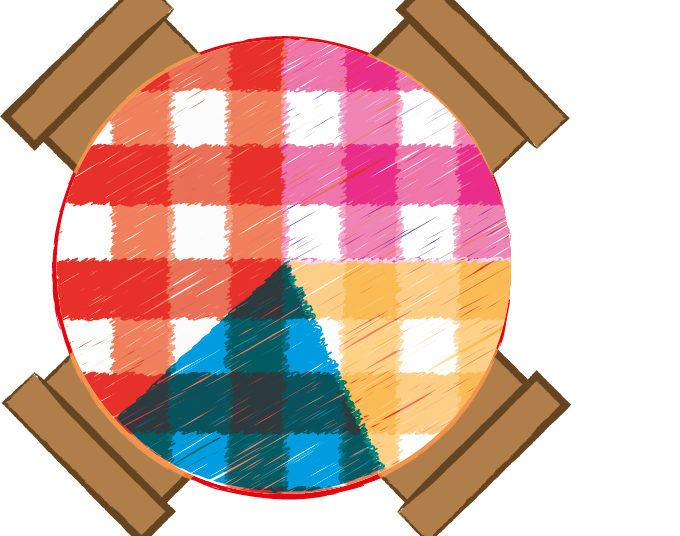 At the beginning only 12 chairs were allowed in what according to popular saying was called a “paladar,” taking the name from a restaurant in a famous Brazilian soap opera everyone watched on TV in Cuba and turning it into a generic word that served – and is still used – to call any private restaurant. At the time they were almost clandestine, they couldn’t offer on their menus lobster or shrimps or beef. Later they were allowed to have 24 chairs.

They were all “paladares,” from the most famous and most expensive to the most elementary and cheapest; from those born with a certain “gastronomic service know-how and some good chef” to those selling homemade food and with the same “home” treatment, or at times with service know-how that had a genetic combination of state-run restaurant and home dining room.

At that time few – or almost none – were born with a business plan, a strategy of positioning in the market, a marketing plan, a “brand” culture, a publicity plan and a studied menu according to their market segment. They were “paladares,” they were the pioneers in bringing to life the “new gastronomic culture,” first in Havana, the capital of all Cubans and the destination of a great deal of all the tourists, and later they started spreading and growing throughout the country, with the difficulty of all totally unwanted births.

In Cuba today there are at least 1,200 restaurants, between the state-run and private ones, even including those of the hotels, according to a report by A la Mesa. Therefore, it is possible that there are many more. Between the private ones and the cooperatives there are some that stopped being “paladares” a long time ago to become veritable businesses with important incomes, but above all because they have made a name for themselves and have gained such prestige that they surpass the national borders, also giving prestige to our country.

Today even the tourist authorities recognize their role in the so-called non-hotel network and testify to their need and their positive contribution to the development of international and national tourism, since they contribute to the diversity of the offer and make our cities and towns more attractive places for tourists and locals. That is perhaps the first of the positive effects of those “non-state-run” restaurants.

Those private restaurants, now with 50 chairs, have also had an important effect on other sectors of the popular economy. For example, all the design work in many of them is done by national designers, part of the furniture and gastronomic supplies are national productions and the other is bought in the state-run shops, thus becoming a positive factor in the national demand for goods and services.

In addition, they employ hundreds of persons, at a time when there isn’t an abundance of jobs (especially the well paid), who generally earn a wage that is more than two or three times higher than the national average. It is true that almost all of them are young, but that is good news, since they also contribute to those young people gaining a work culture and they honestly earn their incomes, working, providing a service and also learning to be “good” at what they do.

Those restaurants have also become the final destination of certain agricultural and livestock productions, especially vegetables, cherry tomatoes, rocket and other many “rare spices” in the daily table of the average Cuban and also at the table of a part of the state-run restaurants. They have been in some way an encouraging factor for certain productive specialization of the Cuban agricultural sector. They have also become the principal client of some private bakeries and patisseries, they have made it possible to rescue or have encouraged the birth of a quality “bread and pastry industry.”

If national production and the state-run enterprises could adequately react to the demand incentive that these “small businesses” represent, those enterprises unquestionably would have better opportunities to increase their incomes, especially “substituting imports” that those restaurants are forced to make now in the face of insufficient local production.

The rescuing of traditional dishes, even local dishes, with a higher quality and the adoption of other international dishes, more inclined toward the European instead of the American fast/trash food, learning and innovation, are also characteristics that distinguish them.

But not all is rosy, it is true. In that small great world of the restaurants, of all of them, of the state-run and the private ones, there’s still much to be done, from behaviors and conducts that are far from being adequate, to much more service know-how, passing through better conditions to acquire inputs. The hope lies in that the new regulations allow for better processes where everyone gains. In any case, there they are. In spite of everything, the “paladares” have survived, have been transformed, have qualitatively grown and have been integrated into the urban landscape.

Las doce sillas (The Twelve Chairs) was a famous Cuban film from the early 1960s. Enrique Santiesteban and Reynaldo Miravalles, its protagonists, destroyed all the chairs, one by one, seeking a certain treasure of a former wealthy Cuban family that had left the country. They were 12 chairs. Perhaps, who knows, the first regulation about the amount of chairs came from the film’s title.

Starting December this year they will be able to have 50 chairs. This time I can’t find an explanation for it, there is no Cuban film whose title is “The Fifty Chairs” and it is certainly difficult to understand from the economic perspective the insistence on the limit (despite the current increase in the number), since whoever has more chairs is because they have more clients and if so they will have to employ more workers, buy more from our farmers and in the state-run shops and pay more taxes. Neither is there any proven and direct relation between the quality of the chairs and the “concentration of ownership.” Well, others must have been the reasons to limit what has been successful, what has contributed positively to the development of tourism, which has made it possible for the State to save a great deal of money by not having to invest in “making restaurants,” which has become a generator of jobs, which has contributed to highlighting the name of Cuba in such a worldwide competitive sector as that of gastronomy.