If what is meant by “business autonomy” were to be defined it wouldn’t be necessary to continue telling the enterprise and the entrepreneur, from time to time, what they can and can’t do. 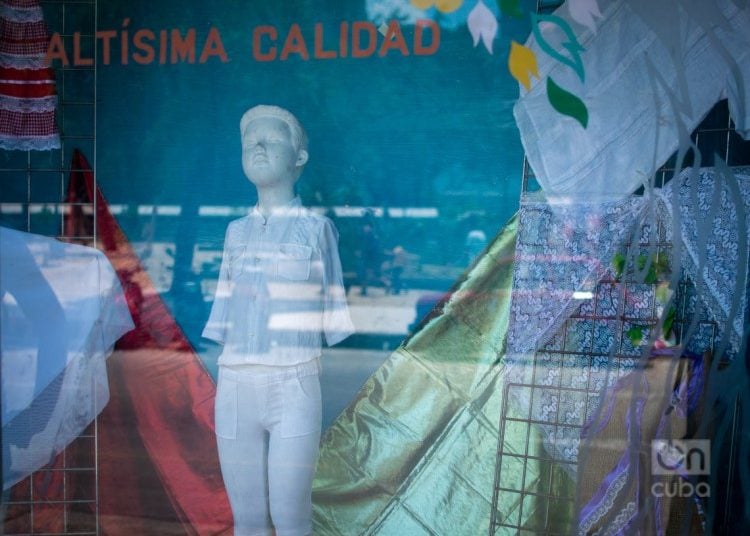 It was more than the whole paragraph under the headline of Granma that caught my attention. The headline said, “Toda la atención en cómo lograr que el empresariado cubano proyecte el desarrollo” (Full attention on how to get Cuban entrepreneurs to project development). Under the headline the subheading says: “We need less bureaucracy, more agility and more entrepreneurship. We must definitely strengthen the state enterprise and incorporate the private sector into export projects.”

Strengthen the state enterprise…. I confess that I haven’t seen the list of the 28 measures that seek to strengthen the state enterprise. There has been talk about them, but I at least haven’t been able to see them all together, I even looked in the website of the Implementation Commission, Cubacrece, but I didn’t find them, perhaps because my analogical heritage is so strong that it doesn’t allow me to achieve all the skill required today to search on the web. I asked other friends and they hadn’t managed to find them either. Thanks to the Granma article mentioned this Monday, we know that work is underway on ten other measures on the distribution of state enterprises’ profits.

It is always striking that measures that the State as a representative of the owner (the people) puts into practice so that the owner’s enterprises improve their management haven’t yet been published, so that all owners know them.

We also know from this article that these measures “have not progressed as quickly as necessary” in the business sector, that no enterprise has managed to apply more than one, “which shows the low capacity of reaction of entrepreneurs.”

How is it possible that Cuban entrepreneurs have not identified what these measures offer them and have redesigned their enterprises to take advantage of them, produce and sell and export more?

It is possible to list a group of problems that were addressed at the meeting of the Government Board Meetings and appear in that article:

Have we changed everything that needs to be changed? Obviously not. We will have to keep changing, we will have to carry out deep surgery in some cases, I am convinced of this.

A colleague, whom I respect a lot, recalled a few days ago that the features that define Cuba’s economic model had been identified and expressed in the document Conceptualization of the economic model.… Well, in that same document the socialist-owned business entities of all the people is one of the two types of entities that are defined, in the other there are the budgeted units (number 137). Then, in the Constitution of the Republic, article 27 states:

“The socialist state enterprise is the main subject of the national economy. It has autonomy in its administration and management; it plays the main role in the production of goods and services and fulfills its social responsibilities.

The law regulates the principles of organization and operation of the socialist state enterprise.”

Then perhaps one of the issues in which time should be put in is in defining what to understand by “business autonomy” for the fundamental means of production [1] that are in the hands of the State and that the regulations and norms, as well as the relations between enterprises and their ministries, stand by it.

Perhaps if that definition is achieved then we could save ourselves a few more measures, because we wouldn’t have to be telling the enterprise and the entrepreneur, from time to time, what they can and can’t do.

The measures that were 28 in short will be 38 and it is very likely that in two months they will be more because the road will have to be cleared, something that speaks in favor of the effort and commitment to the transformation, but that also takes time, which is frequently too scarce.

The other part of that headline that caught my attention was the call to incorporate the private sector into export projects. As far as I know, there is only one cooperative project that was able to reach an agreement for the export of toys, and it’s good that we have at least one! But how bad that it’s only one.

I don’t know of any national private “business” incorporated into export projects, at least officially. Although undoubtedly there are more than one national small private enterprise that is exporting today, some in their traveling luggage and others through the social media, in the form of programs and software for international enterprises. The country loses out in exporting with the Cuba brand and the treasury in obtaining income.

I again repeat one of Perogrullo’s truths: to export something you must first produce it. The type of trades the private sector in Cuba is allowed does not help that incorporation much.

Although there are exceptions, with unstable trades exercised privately, it is very difficult to achieve quality goods and services that can be internationally competitive. That’s the first thing. The famous negative list instead of a positive list could be a substitute for the absence of a Law on Enterprises that includes this sector. [2]

The second would be to make these small enterprises legal entities and then create fiscal, credit and exchange incentives to encourage these small private exporting enterprises or encourage them to be part of a productive chain that has the ultimate goal of exporting or linking to an international value chain and producing for the world market.

But first they would have to exist as legal entities, with duties, and also with recognized rights that would give them certainty and remove them from that gray area in which they operate today. Is this possible to do? Yes, it’s possible.

However, let’s remember that today the state enterprises that are the ones that decide the game, require that they be granted “export capacity,” something that apparently is not very easy. How can the private sector that does not have “export capacity” export? Will it be assigned a state exporting enterprise? Will the latter guarantee “efficient management” for that small non-state client?

To export it is also necessary to have inputs. Will the private sector have access to buy supplies at wholesale prices or should it export based on buying supplies at retail prices or in a gray/black market with inflated prices? Can the private sector import today? Will it be assigned a national importer; will it be allowed to choose it or to import directly? The efficiency of importing enterprises is essential to reduce export costs and improve their competitiveness, it is something that remains one of our economy’s subject to be approved.

How to hire the services of a freight forwarder if it doesn’t have legal recognition to do so?

It will also need to insure its product. How can it do so if it’s not a legal entity?

And in case of discrepancies with the client. How to go about an arbitration process?

And the credit facilities? Today there is no Export Credit Program in the Cuban banking system that I know of and I am convinced that there is no credit program for the small exporter. Is this possible to do? Yes, it’s possible.

In article 22 of Title 2 of our Constitution, after explaining the different forms of ownership that are constitutionally recognized, the following is expressed:

“All forms of ownership over the means of production interact in similar conditions; the State regulates and controls the way they contribute to economic and social development.”

Achieving that these conditions bring about better economic results and greater well-being is decisive.

There is still much work to be done to achieve what the norm establishes. But it has to be done and it can be done.

[2] I remember that foreign investors have the right to invest in any sector of the national economy, are they by chance less private?