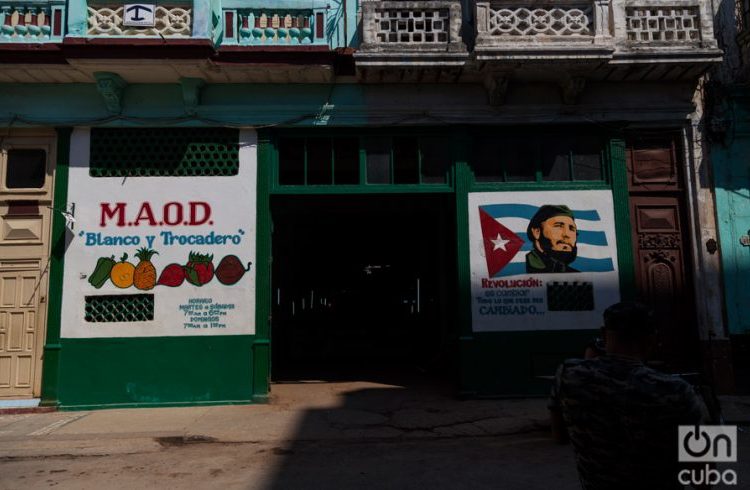 A feature article, “El papel lo aguanta todo” (Paper Puts Up with Everything), which appeared in the newspaper Invasor about the state-run enterprises of one of Cuba’s provinces with high profits, has, as always, a great many and varied readings.

The first of these readings has to do with our daily planning, that same one that has already been accompanying us for several decades, which somehow has become a stone we stumble over more than once and that also has the virtue of having been able to make us like stumbling over it.

It is true, 56 years ago we baptized with that name one of the years of the Cuban Revolution: 1962. Already before then, in 1960, the JECEPLAN had been created to respond to a certain extent to the influence of the ideas of the Economic Commission for Latin America and the Caribbean (ECLAC), but also, and fundamentally, as a reply to the need forommecom an economy that has to be rethought from its own roots.

JUCEPLAN’s mission was as follows:

“to guide, supervise and coordinate the economic policy of the different State agencies and the autonomous entities so that there would exist a unified criterion and action among them; as well as to point out the general guiding regulations of the public sector’s action. JUCEPLAN also had to centralize the economic, statistical and technological research and supervise the technical assistance.”

Afterwards it was restructured several times (some seven times), the last one in 1986. At that time, the system that sustained it – the Management and Planning of the Economy system – was described as an “old horse.” In 1994 the Ministry of Economy and Planning was created, whose work was described as follows:

“An agency in charge of managing, executing and controlling the application of the Cuban State and government policy on the economy, planning and community services.”

From then until now Planning has traveled a long road of good and bad decisions. It has gone through that mission, passing through material and highly centralized planning following the Soviet style, which prevailed until the late 1980s, to then become “flexible” in the 1990s, when the idea of “financial planning” was adopted, and again centralized and turned into today’s material planning.

Let’s return to the feature article. Its reading leads to questioning the role of the plan, but not just in the short-term sense of the plan drawn up by the enterprise and approved by someone outside the enterprise or the other way around, which also usually happens; but rather this other never resolved matter, the one of the planning system we need and that of how to carry it out.

For a long time planning was understood as the substitute of the market and more superior to it, despite the fact that every day new evidences suggested that it was neither one nor the  other, but rather something different which responded to other purposes and that could coexist with the “market,” or rather the other way around, with which the market could coexist. As Dr. Oscar Fernández affirms, in Cuba, “planning is interpreted as the permanent administrative mediation that tries to replace the market as a mechanism coordinating millions of interactions that take place between most of the agents.”

And that “way” of planning is very distant from the conceptions and functions of the same, which according to Fernández are:

Function of Agreement and Coordination

Function of Organization of Production

Function of Balance and Assignment

Therefore today’s plan is, more than anything, a short-term mechanism, of centralized assignment of scarce resources to prefixed destinations.

Then it is possible to explain, at least in part, why the state-run enterprises that don’t meet the so-called plan can close the year with super profits in monetary terms and not satisfy so much the needs like the effective demand, and not take advantage of the opportunities (unsatisfied demand) that that same market offers them. What’s wrong: the way in which the enterprise operates or the regulatory environment that allows it to operate that way and where the absence of other competitors gives it a monopolistic position?

Therefore, less production can mean more profits. Needs not covered (blocks to build homes), unsatisfied demands (pork meat at 16 pesos the pound). And the so-called PLAN? The same thing happens with the “planning” (or with the way in which it is still practiced in Cuba) as with other economic matters: that the reality or the practice as criterion of the truth, says one thing, but even so the effort goes another very different way.

That businesspeople find the form of obtaining profits even if they haven’t met their plan is not bad. In the end the enterprise must/has to produce profits, which is part of its very essence.

What doesn’t seem logical and above all far from the purpose, is that demands remain unsatisfied and that there aren’t other producers trying to take advantage of that opportunity.

The way in which planning is still done in Cuba is not just a mechanism of assignment of scarce resources that reproduces an inertial behavior, it is also a discreet/directed way of assigning buyers and sellers.

That attempt, many times failed, of replacing the market there where it cannot be replaced until now has brought about those apparent paradoxes of plans that are overfulfilled or not fulfilled, together with unsatisfied demands, prices distant from their costs (the price the commerce enterprise pays for the building block is 1.05 CUP!), incomes divorced from the management of the enterprises, accompanied by wages divorced from productivity.

What the newspaper Invasor’s feature article describes is not the most efficient for an economy that in global terms barely grows at a rate of 2 percent in the last years, which faces a commercial imbalance of more than seven billion dollars and financial restrictions that have made it necessary to renegotiate with suppliers a large short-term debt.

Meanwhile, the weight of the bill for foodstuffs which the population pays day to day grows. Meanwhile, the demand and the needs remain unsatisfied and the food prices increase. And a state-run enterprise overfulfills its plan by 730 percent. Is there anything more paradoxical?

When the population frequently pays more for a block, in a country that has a housing deficit of hundreds of thousands, a state-run enterprise pays 1.05 CUP for them and doesn’t even buy them. What type of planning is that?

Stockpiling, commerce and planning is a sort of trinity of inefficiency, an exercise of learning what should not be done, what must be changed.