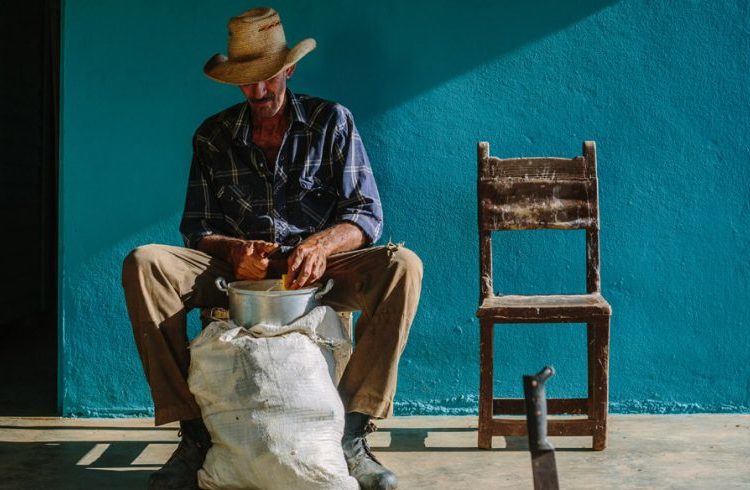 A Cuban friend who lives in Paris, where she has learned among many other things the arts of good cooking, commented to me that in Cuba, however, we eat more to energize the body than to please the spirit. It’s an opinion that’s a bit absolute but that is widespread among many Cubans, especially those of us who lived the hardest years of the Special Period and are still convalescing, with an insatiable appetite and yearning for unknown delicacies.

I was thinking of this when I heard of the premiere, in the Berlin International Film Festival, of an 82-minute-long rather singular documentary that awakens our palate and pleases the heart.

Cuban Food Stories, produced and directed by Asori Soto, is the movie of a trip through the Cuban geography and identity in one of its less publicized aspects in recent decades: our culinary traditions.

Asori Soto is a Cuban filmmaker who 10 years after having lived as an émigré in New York decided to undertake this return trip to his Cuba, camera in hand, to bear testimony of the less known zones of Cuban cuisine through nine chapters: stories of Cubans who maintain, in the mountains or on the coasts, in the big cities or in the smallest towns, the “flavors” of Cuba. Much more complicated, varied and exquisite than what is known.

Having made this film was an exercise of introspection and discovery. Asori feels that what he lived during its making allowed him to realize the power of the cooking traditions “not just in the preservation of our heritage, but also as a tool to start a conversation about tolerance and diversity.”

In the Berlinale, he tells us, “we felt very fortunate since the film was very well-received by the public and the international press. There was a full house for the screenings and at the end of each showing we had very good sessions of questions and answers with the public. We will soon have the film as part of the official selection of the Guadalajara International Film Festival and in the Miami Film Festival, both in March.”

Your film brings back an image of Cuba that at times not even we Cubans have a very clear view of: we are diverse types of Cubans, several Cubas within Cuba.

We Cubans are very diverse. Cuba is the Caribbean’s largest island and many provinces have well-marked culinary differences. Many towns and hamlets are geographically isolated from the rest of the country and that’s why we can see totally different regional cuisines; whether because of the use of cacao or coconut in Baracoa, or the way in which the seafood is cooked in Gibara, or how pork is roasted on a hammock in Viñales. In all the Cuban provinces we can find culinary surprises, if we know how to search.

During your research, and later in the production, you met amazing persons, families with incredible stories.

Each of the stories in the film has a very special meaning for me. It would be very difficult for me to choose one over another. What I can say is that I was greatly impressed by the passion of all the characters we met to maintain alive their culinary traditions; each of them in their way and with dishes from their region.

The difficulties to have access to foodstuffs have marked Cuba’s recent history, to the point that some traditions seem to have diluted or have already mutated in an irreversible way.

The economic situation in Cuba has undoubtedly affected the island’s culinary traditions. The shortage of foodstuffs and ingredients is very strong and makes many recipes change or disappear. But I don’t share the idea that it is in an “irreversible” way. I believe that there are increasingly more people interested in rescuing Cuba’s most authentic flavors and in creating a new culinary panorama. It’s still a very small amount, but each day there are more food producers, chefs and entrepreneurs who work very hard to change the current situation. I believe that with time and a lot of effort we will be able to get the passion for cooking to return to Cuba.

Do you believe there are potentials in Cuba to inaugurate tourist routes based on food? If someone were to ask you to design that route, which places would you include without doubting it?

Cuba has a great potential for culinary tourism. In the near future we will be publishing in the social media of Cuban Food Stories our recommendations of where to eat throughout the entire island, be it in restaurants or in private homes. Personally, my favorite places to eat in Cuba are (from west to east): Viñales, Havana, Gibara and Baracoa.