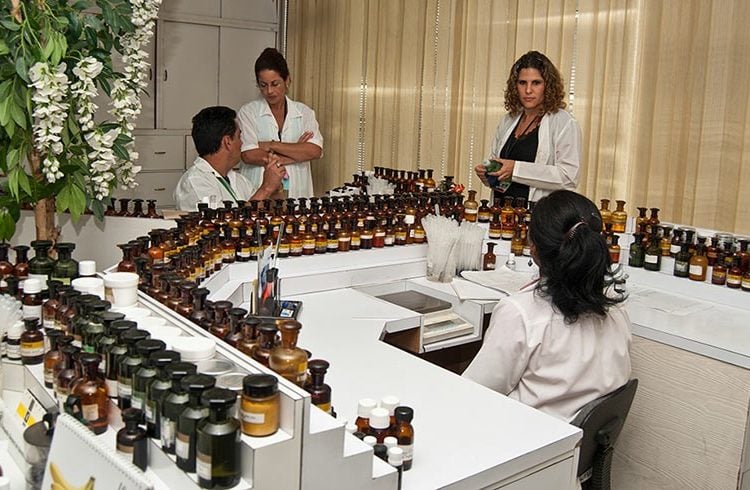 A few days ago baseball player Alfredo Despaigne batted a homerun that allowed Cuba to classify for the second round of the World Baseball Classic. Despaigne, luckily for the Cubans living in Cuba, has a contract with Japanese teams and the new regulations allow this great baseball player to enjoy a high percentage of the value of that contract and to continue playing in and with the national teams. I believe 100 percent that he deserves it.

Some years ago, a magnificent Cuban scientist was able to synthesize a product to produce a vaccine decisive for the immunological system, of course, a discovery that can also be a high-tech export good. In the field of science that was a homerun. Our regulations, however, prevent this scientist and his team from enjoying a minimum percentage of the results of their work. I believe 100 percent that he does not deserve it.

When seeing the publicity spots on Cuban television for the celebration of the 55th anniversary of an emblematic research institute in the country, founded by Fidel Castro, and finding out about its successes creating products and services, the same old question came to my mind: Why is it then that we are unable to boost that great strength and really turn science into a decisive productive force in our development effort?

It’s not that we haven’t achieved it with some products and services. Undoubtedly, when this subject comes up the image of the Biotechnology Cluster comes to mind, we see the Heberprot-P, the therapeutic cancer vaccines and others.

But the truth is that, except for these rare exceptions, our economy continues anchored in old-fashioned products and services and today we are witness to a sort of silent discussion where an old debate is reproduced, very generalized in other places, about whether science must be boosted based on demand and financed by the productive sector, be it public or private, or if on the contrary it must be promoted by governments; if the effort in science and basic research must be considered an expenditure and shut away in new monasteries or if science and applied research must be the exclusive dominion of the enterprises and financed by them.

There isn’t a single answer to these questions and much less a consensus with respect to this. Where there is consensus is that development is unachievable today if it doesn’t go hand in hand with science, but also the ways in which that hand must be taken seem very diverse.

As Noah Harari says in his book,[1] “science needs something more than simply research to produce progress. It depends on the mutual reinforcement of science, politics and the economy. The political and economic institutions provide the resources, without which scientific research would be impossible. In exchange, scientific research provides new powers that are used, among other things, to obtain resources, some of which are reinvested in research.”

Resources: from persons capable of making science, to those objects needed to produce science. Today we still have in our country persons capable of making science, even when we have suffered such a drain that has taken us to a point of no return and has made us lose relative positions in some of the indicators commonly used to establish a country’s position in science, technology and innovation.

Thus the year in which the country had the most scientists, according to public figures, was 1992, when 6,291 persons were working as researchers (although they were probably more since university professors also dedicate part of their time to researching).

Afterwards that number has started to systematically diminish, to 4,335 in 2014, the last year with public figures.[2]

Actually, given the country’s needs and the demand for science from the productive sector, it’s hard to say if that amount is much or little, but the truth is that the “loss of researchers” or the “little capacity for replacement” should be, more than a motive for concern, a great motive for concern. And without gerunds, because expressions like “we are looking into it” or “we are studying” do not sound here as the always resorted justification.

The 2015 Cuban Statistical Yearbook allows us to also see performances that call attention: from 2010 to 2015, the total amount of persons working in “the science and technology sector” decreased by 11 percent, the amount of directors was reduced by almost 35 percent, the amount of technicians 11 percent, while the administrative personnel barely decreased 6 percent and the operators almost grew twofold (95 percent) and the service personnel 40 percent. They are strange numbers for an also very strange performance.

Resources also represent money. Two phenomena have been occurring which have to be looked at and seen to. The total spending on science and each one of its items is reduced.

The structure of spending also changed; from 2010 to 2015, the sources from the State budget decreased 55 percent, while the resources dedicated from the entrepreneurial system grew 229 percent. Everything indicates that the answer to the question of which is the science we should make is being answered in a practical way if we follow “the money trail.”

However, at least for me, it is extremely worrying that a tendency to think that we must place science solely in the hands of enterprises is being consolidated in our country, as well as the other that would boost the idea of turning the science and technology centers and the research institutes into appendixes of a business system that in general does not have as an explicit purpose innovation or the creation of new products and its “success” is not measured in new products and services, but rather in percentages to meet a plan that is more an exercise of “administration of scarce resources” than one of foreseeing and anticipating the future.

Those applying for national patents have decreased from 63 to 26. The granted registries from 139 to 68

It is true that our science and technology system was born under other conditions and enjoyed other conditions. It is true that it must evolve, but it is also true that a small, underdeveloped country with scarce natural resources, which are frequently badly used (we have drought, but we waste 50 percent of the water used in agriculture because of the old irrigation systems), must conserve the capacity of its management as a precondition for the advance toward development.

It is also true that we waste an important part of our productive potential in science and technology, partly because of untimely regulations. For example, our institutes and universities cannot adequately externalize their results to the rest of the national and international productive system and it’s very difficult for them to establish some link with foreign enterprises that facilitate investment resources; partly because of ideas and practices that must be changed and partly because of the absence of incentives that adequately reward the effort of our researchers.

Today we have the advantage of programmatic documents where, in writing, a relevant role is given to the R+D+I system. Putting in writing those ideas in suitable policies and consistent and coherent regulations will take, it seems, time we don’t have. Again the “gerund” appears before us like a ghost or like the worst of all the ghosts.

Suitable policies and as soon as possible are necessary today to not lose what we already have and to build again over what has already been built. Having a R+D+I system makes it necessary to have a powerful, flexible, joint (State, foundations, investment funds) financing system that allows us to use that advantage acquired throughout all these years. We shouldn’t lose all our possible future conquistadors.

Diluting the moneys we use in science on other items is one of the best ways to lose the perspective of how much we really employ in it and how much we still have to employ. A country of scientists needs a budget that matches that idea.

Because science and its consistent use makes us stronger and, without it, development distances itself from us like the horizon.

[3] All the data below come from the 2015 Cuban Statistical Yearbook.