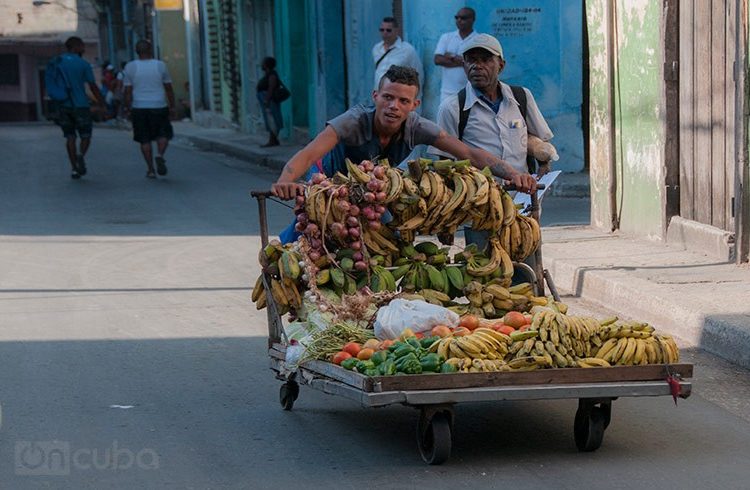 The growth goal (2 percent) is again becoming a focal point at the recently concluded first half of the year. I’m advancing some ideas about those factors that could have a positive impact on the economy’s growth.

Growing a 2 percent over a 0.9 decrease last year and in such difficult conditions is really a very optimistic goal, taking into account the current situation of the Cuban economy and also the persistent structural long-term failures that have not been resolved.

To this one would have to add an international environment that doesn’t help. I’m referring to the characteristics of the world economy’s growth as well as the uncertainty that the current U.S. administration generates for the world and especially for Cuba. Our country continues – and it seems it will continue – being a blockaded country, subject to the ups and downs of U.S. domestic politics (Mr. Trump is the palpable demonstration), but that threat must be turned into the opportunity to be able to diversify our economic relations and achieve a more balanced foreign situation. This means a greater opening to foreign investment, a radical modernization of the state sector and the expansion of the non-state sector.

There are influences that can be used and that don’t need a single cent more than the available. They have an influence in all the sectors of the economy in an equal measure. A great deal of what I will say is the result of a collective mind that for years has studied the Cuban economy, has been included in dozens of works, papers, diploma theses, master’s degrees and doctorates, and books, some of which have been awarded by our Academy of Sciences. In recent years there has also been a fluid relationship between the organizations responsible for producing these documents and the Cuban universities. Many of these ideas are in fact written down in recently approved documents.

The first is to modernize our institutions (that is to say, the rules of the game) and make them more suitable to Cuba’s growth needs. Let me explain:

– Changing from the concept to the style of planning, going through decision-making about what must be the object of a centralized plan and what not. We already had an experience in relation to this in the early 1990s and it worked. At that time emphasis was placed on financial planning and the enterprises had more space and decision-making power. This allowed for gaining in efficiency that boosted growth despite the difficult situation.

– Reducing the bureaucracy in the procedure for the approval of the foreign investment proposals and granting decision-making powers, within the explicit frameworks of types of businesses and amount of investment, to enterprises and provincial governments.

– Granting greater levels of decision-making to state-run enterprises (not just the OSDEs) and make effective the separation of the Ministries and the state-run enterprises. Whoever is responsible for something must have the authority to make decisions in relation to this, without being obliged to constantly make consultations.

– To revise and eliminate the duplicity of the functions among the OSDEs and the enterprises. Turn a significant part of the current Basic Enterprise Units (UEB) again into enterprises.

– To accept and establish with suitable legal practices and systems the right to take risks and to make mistakes that Cuban entrepreneurs must have.

– To eradicate or reduce the monopolies that exist today. State ownership over the fundamental means of production doesn’t mean nor does it have to be identified with the proliferation of monopoly situations. The monopoly is dangerous for any economy, affects productivity at work, but above all is the enemy of innovation. What I’m saying also works for foreign enterprises, they have to compete for our market.

– To continue the systematic reduction of the State’s bureaucratic apparatus and promote its modernization.

– To rid the State of the management of retail commerce in all currencies. The practice of more than 50 years ago has demonstrated that the State is not efficient in that activity, it generates excessive costs for it in monetary and financial terms, but also in prestige.

– To unify all the exchange rates and conversions that exist today in the state-run business segment. This would make it possible to make transparent and understandable the real situation of the enterprises and above all significantly improve the allotment of resources and the systems of incentives and to start clearing the road for the necessary exchange unification when conditions allow for this.

– To reduce – and if possible eliminate – the dispersions and diversity of the existing payment systems and leave in the hands of the state enterprise the decisions in relation to this, based on establishing a minimum rate per hour for all types of work and all sectors (state, non-state, joint, etc.).

– To expedite the process of approval of industrial and services cooperatives.

– To expand the exercise of self-employment, create and approve as soon as possible the minimum legal bases for the transparent functioning of small and medium enterprises and for their relations with the economy’s state sector.

None of these measures is simple, they all require a significant regulatory effort and in-depth changes in the “rules of the game.” But they are all, in one way or another, included in the documents approved by Parliament; some appear in the first guidelines.

Regarding other measures that do cost – and more than a cent – and take longer than a year to be implemented, would be:

– The modernization of the infrastructure, especially the energy one, of telecommunications (which in addition must bring down the prices and rates) and achieve in a short period the technological tendencies that characterize the sector and from which we are very distant. To expedite the modernization of the airport infrastructure and associated services, logically including regular domestic flights. The railroad infrastructure and associated services. To modernize and improve the public urban transportation services. In all these issues of infrastructure the equipment is way below Cuba’s development needs and that comparatively place the island faraway from its equals in Latin America. There are already several projects directed at these objectives, some of them with foreign investment, I only call attention about their pressing need.

– There are several decisive sectors. The energy sector, for example, where from my perspective it is necessary to advance faster and expand the use of technologies for the use of renewable sources (sufficient solar water heaters are still not produced and the use of solar panels in homes is not being promoted, so we waste our greatest and cheapest source of energy. It can even be promoted with family credit plans which would be paid by the contribution of the generation from the homes to the national electricity system).

– The agricultural and food sector, agriculture as well as the industry for food processing. I think that the fundamental effort will be in braking the watertight compartments that exist between them and that is associated to that all-time weakness of associating and assigning enterprises to Ministries, which turns the latter into judge and party and instills in them, even when they don’t want it, a dangerous culture for the aims of the process of transformations Cuba is living. A good example: try to organize a complete cycle “business” for the production of beef! What would have happened if biotechnology would have been born under that philosophy of the ministerial syndrome?

– Our manufacturing industry is in a critical situation. Based on my lack of knowledge, I believe that without strong foreign direct investment projects it will be very difficult to advance in this industry at the necessary speed, and Cuba needs industries, that is clear.

Undoubtedly the services sector must continue expanding, in the short as well as the long term. Today there is an effort based on the commercialization of the medical services that still has to be backed, but it must also be better understood. Especially the incentive systems for this sector should be substantially improved.

Rosana Vargas: “Each one of our pieces has something to tell”