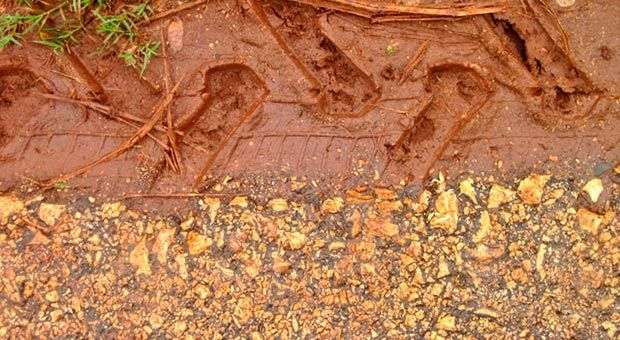 In Violeta the land is red, intense, sticky red.Those who know say it is good land, fertile. Violeta  lives its peaceful evolution marked by its sugar mill and its land. When I was at Vocational Pre-University Institute of Exact Sciences, people made fun of Violeta: “You live in the most desolate place in Earth; there are only  mud and red land.” Atfirst it bothered me a lot, because those who said that were the boys of Ciego de Ávila and Morón, who were born  in ¨cities¨, they believed they were inhabitants of large cities.

Nonsense! Ciego and Moron are in any case large villages and they are still too close to agricultural land. I faced them: “Thanks to that mud you eat vegetables from time to time. Violeta is one of the granaries of the country. “Those were difficult years, the hardest years of the special period. I did not was very hungry because my grandparents had a farm and Dad worked in a cooperative as economic. But people in cities had really bad times: there was very little food. The argument that I lived in a predominantly agricultural municipality should silence those who mocked, but it did not. From time to time they became a pain in the ass: “you have land marks in the shoes and clothes, you see yourself somewhat ingrained with dirt”.That was not true: my mother washed my clothes exemplary, and I’ve always been very clean. But those city boys just wanted to mock. I stopped to listen to them and when they noticed that I did not care what they said, they got tired of laughing at my town.In that school there were always people who lived in the countryside, in hamlets that I had never heard (Fidelina, Tres Marias, El Purial, La Carolina …) and then they,and even those living in smaller municipalities, were the target of the boys from Ciego and Moron. That was the logic of the schools in the countryside: in your bedroom there is always someone more fucked up than you. Did anyonemake fun of you? Then you tease others. For the record: I never madefunof anyone.

“Victorino, I’ve told you many times not to take the child to the countryside, he returns become  in a ball of mud. The other day I interviewed the star of the current soap opera (those living in Cuba know that is set in asmall town in the countryside) and she said something interesting: “the peasants barely get dirty; the city people working the land get dirty up to the hair, but those who live in the countryside are always clean.” I had not thought of that, but she is absolutely right. As a child, when I was at my grandparents’ small farm, sometimes I hoed (forpure solidarity, withoutobligation, my grandmother said that children had to play, not to work), I went to “help” my grandfather. Rather than helping, what I did was to annoy, but my grandfather was proud of my disposition.I remember that in ten minutes I had all the clothes dirty. And my grandfather, however, came home after four hours of sweaty work with no trace of mud over him. I could not explain it. When my grandmother saw us, she beganprotesting and ordered me: Take your clothes off and go to take a bath! “Then she scrubbed me with a soapy sponge, while I screamed: “Easy, granny, do it softly! But in the evening I was dirty again.Rainy days were the worst (for my grandmother, of course), because my brother and

I literally rolled around in muddy fields. I once wrote that if youhave not experienced that, you have missed one of the most sublime feelings: the sensuous lack of concern. Now I think my grandmother and my mother had really hard times washing those clothes, but I was a child and did not worry about such considerations. I grew up; I entered the PreUniversity and after that I came to Havanato study journalism. One day, as a graduate, I went to visit my grandparents at their new home in the middle of Violeta (they were very old andhad to get closer totheir children in the village). It had rained a lot: I got muddy and I was upset: “Fucking mud!” My grandfather shrugged: “You have become a man. A person stops being a child the day he stops liking mud. “

Pestano and Lazo: a reunion of images