The cultural field has opened a way to collectively think about a better country and demand more participation in it. The civil rights agenda is part of it, just part. 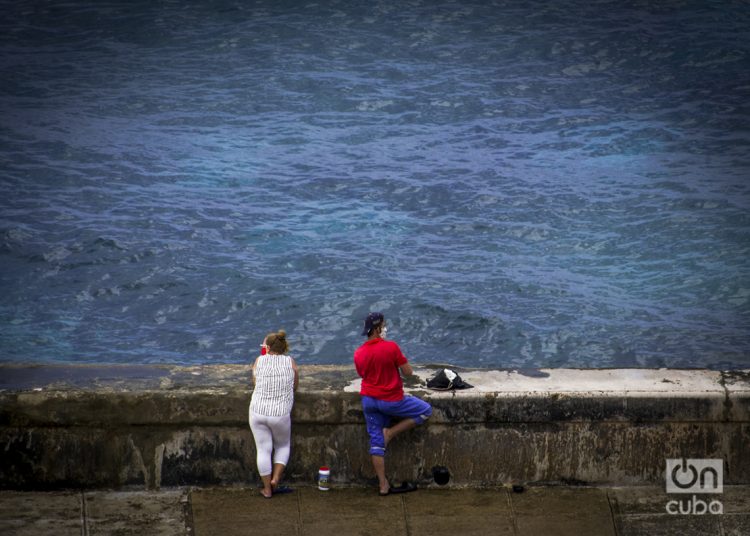 November has been a key month for Cuban politics. In more ways than one, unheard of. A quick glance at the press about the country verifies the existence of high-intensity, aggravated conflicts.

There are already systematic chronologies of the axis that began with the arrest on November 9 in Havana of a Cuban citizen, Denis Solís, a rapper and anti-government activist; his prosecution and conviction for the crime of contempt; the peaceful collective action of a group of people articulated around the San Isidro Movement (MSI) and then their quartering and declaration of hunger and/or thirst strikes in protest at what they denounce as an unfair trial and harassment of government actors; the wide media coverage of the independent press of different political leanings and, later, that of the official press; the statements of Luis Almagro from the OAS and the United States ambassador in Havana in favor of the strikers; the official publicity of an excerpt from Solís’s interrogation to show links between him and people with a history of terrorism living in the United States (so far Solís has not been charged for it); the eviction of those who were at the MSI headquarters on the grounds of violation of the health protocols established for COVID-19; the public statements by citizens asking for dialogue and saving lives, and supporting the guarantee of transparent trial for Solís, and much more…until today.

One of the latest events was the sit-in and vigil on November 27 (27-N) of hundreds of people, mainly artists and intellectuals, demanding political dialogue with authorities from the Ministry of Culture (MINCULT) to ensure a fair trial for Solís, guarantees and rights for the MSI, and another set of demands connected but not exclusive to what had happened days before.

There was citizen pressure. The first step of the dialogue occurred. The process continues and brings news continuously. As the hours go by and things happen, they are processed on the spot. There is no certainty of what is to come. To this day, every step is questioned. The contingent answers to the tide of questions define the course. Among the most audible questions in recent hours have been, is dialogue a political path in this circumstance? Dialogue for what, between whom, about what?

The dialogue proposed, demanded and initiated between people from the Cuban cultural field and its state institutions, has detractions, support, optimism and skepticism.

The night after the sit-in, on November 28, state television dedicated a space to the events where, broadly speaking, the mercenary narrative was affirmed to explain what happened in San Isidro. What happened at MINCULT received noticeably less attention. In the segment dedicated to this, only one of the parties was invited: the deputy minister of MINCULT. There was no participation of those who were on the other side of the dialogue table, who, the next day, organized their own press conference and denounced the early breach of the agreement. Given this, detractions and skepticisms regarding dialogue have increased, with reasoned grounds. One possible result is a silence strike, the castration of what started on 27-N. That option has at least two pillars.

One, what is considered a systematic ineffectiveness of that path. This thesis is argued with diverse contents; from “other dialogues have not produced changes” to “there is no dialogue with the regime.” Two, the detractions in the face of the dialogue at this moment lead to a reading of the institutional political field as a single thing, a single actor, a single order; if agreements were breached in less than 24 hours, there will be nothing new under the sun. For the second there are reasons, unanimity and verticalism have been taken as common policy values. Unanimity has been interestedly confused with consensus, and verticalism crystallizes a warlike regulation of civil matters. It is true that in war the democratization of the political conversation is not appropriate. It is also true that the Cuban government, and the people, have been besieged by the U.S. governments, and this is not a minor issue, but not even that makes a warlike administration of civil life desirable or sustainable.

But both reasons for cutting off dialogue have problems.

First, history does not repeat itself even when the walls are structural and the foundations are robust. If dialogue emerged as an option, it is because it continues to be considered such. And this has been affirmed by at least one sector with the aspiration that this dialogue expands its possibilities. The commitment to dialogue can have many different reasons behind it: persistent trust―partial or total―in the institutional sphere, conviction that it is not possible to democratize politics without touching the State, fear that without dialogue it will lead to a more acute civil conflict, urgency to safeguard lives, and many others. The result is that the dialogue emerged as a clamor from different actors. There may be disagreements about it, but its legitimacy is unquestionable.

Regarding the second argument to cut off the dialogue―the rapid breach of the agreements―we cannot lose sight of the fact that institutional power is not a single actor. What we as citizens experience as agile channels that replicate univocal orders, dictated by the same voices that speak in chorus, is not true.

Institutionally there are also mishaps, fractures, tensions, powers within powers, powers that challenge other powers and powers that work in parallel, sometimes without touching, even though they are under the same umbrella. Commitments made on one side may not want to be fulfilled on others. In those plazas where commitments were established there are also brittle lines, textures of the unsaid.

Therefore, dialogue cannot be a gesture. A systematic policy of dialogue is necessary. Demanding compliance with what has been agreed, going back to the demands, gaining organization also among those who demand. Noticing our own contradictions and the contradictions that establish the other actors with whom we seek to dialogue.

A right becomes a viable claim when constant social demands are made, when the ability to negotiate on significant benefits and costs, rewards and punishments is verified, when reasoned alliances are produced that ensure guarantees for those demands, when the existence of the actors who claim is lasting. If the dialogue is fractured, the 27-N vigil will be a torpor and nothing more, at least in the short term.

Among all the possible expansions of what happened in San Isidro (I say expansions, because there was no way that what happened would just turn off) the sit-in and vigil at MINCULT was the most challenging and probably a highly desirable one. The 27-N made the scenario more complex and, in my reading, that was exactly what was needed.

The two protagonists of the aggravated conflict had been verifying a polar policy that increased in intensity as time went by. One of the problems with polar politics, or staged as such, is that it makes it appear that the agendas of the actors in the foreground of the dispute are the only ones at stake.

Those who starred in 27-N challenged this polarization without placing themselves in the center among the until then protagonists. Without thinking about being the center. Without being it. Not structured as such. In their diversity, they defended specific contents of the San Isidro agenda without necessarily joining its narrative on politics and without aspiring to administer or obscure it. The MSI was there embodied in concrete people and continues to exist in itself. The defense of the integrity of its members within the framework of a just law was part of the collective voice.

At the same time, the actors of 27-N demanded other ways for a solution, incorporated other concerns and themes, and deployed surprisingly agile repertoires of collective action. They produced assemblages between contingency and history, their own history. They demanded dialogue and produced it.

But it’s not a docile, bland, passive dialogue. Dialogue is a struggle, it reveals the inequality of powers, it seeks to transform the grammar of politics. Eventually it can.

That it was people from the field of culture who produced the 27-N and are on this path does not mean that the country’s problems begin or end there. Nor is it that the problems we face, and to which we can contribute, are only those related to civil liberties. Thinking only about them is dangerous because it deals with problems of redistribution and recognition that are not usually considered within a strictly political or cultural agenda, even if they are.

If we take the official data as a guide, between now and December 31, about five women will be murdered by their partners or ex-partners in Cuba. At least one of them will have made formal complaints and encountered barriers in the police institutions and the justice system that were also reported to the MINCULT through another means. Others will not have sought help because they don’t believe in anything. Those five lives that are going to be lost matter too. There is also a need for dialogue and action on many fronts.

We could have a similar concern for irregular internal migrants. For the improvement of the situation of our hospitals, in the face of the brutal shortage of medicines in the country. For contributing to the Biden administration restarting the normalization process between the governments of the two shores. For denouncing the blockade while fighting for small and medium-sized national private enterprises to be able to exist and for those who work there on a salaried basis have guarantees for their labor rights. For democratizing the state enterprise. For looking at our fields and those who work there.

It is not that the union of artists and intellectuals have to be the voice or representation of the entire people and all its sectors. But we are not a corporation either. The cultural field has opened a way to collectively think about a better country and demand more participation in it. The civil rights agenda is part of it, just part. Perhaps it is possible to redouble the bet and ask ourselves how to contribute to a comprehensive program of social justice within the cultural field and, also, in its union with the society that we have.

Two things at a time. No more no less. Not looking at a single point or to one side. Facing the same wall and the same sea is sometimes not enough.

Dialogue can be a big word, a powerful device, a fair program for all people.